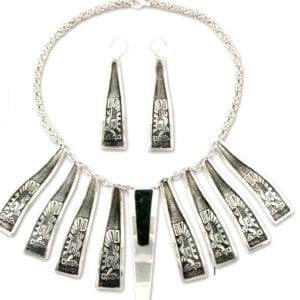 Peru: The Past is Always Present

The South American Andes state can look back on a jewelry culture spanning over one thousand years. This has remained vibrant until the present day in the language of colors and forms. 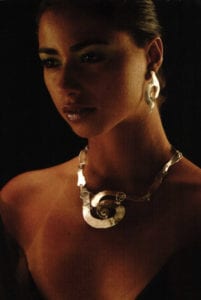 The discoveries of the New World dreamed of boundless riches and rivers of gold and gemstones. The Spanish conquerors believed that El Dorado, the mythical land of gold, lay between the Amazonas and Peru. When they vanquished the Inca cities in 1532, they were convinced that they had found El Dorado. While plundering, they destroyed a High Culture. The trade relations of the developed civilization with over 13 million subjects stretched to Columbia, Bolivia, Brazil, Chile and Ecuador. The old capital city of Cuzco, which in the Indio language means hub of the world, was the central point of this empire that in its golden age was most certainly comparable with the Roman Empire. The nation of the Incas, known as Tawantinsuyu, had modern irrigation systems and public depots of food to cushion the hardship of famine and was therefore at the time the world’s largest social welfare state. People constructed terraces on the preciptous slopes of the Andes and engaged lavishly in art and culture. Vast stone pyramids, found even today in the modern capital of Lima, provided conclusive parallels to the Egyptian Pharaoh’s Empires. The adventurer Thor Heyerdahl attempted to prove early connections between North Africa and South America by crossing the Atlantic in his reed raft ‘Ra’. The city of Machu Picchu, which was not rediscovered until 1911, still pays testimony to the architectural art of the Incas. 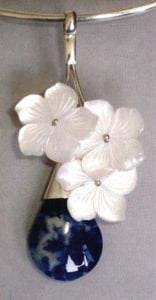 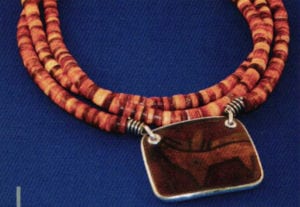 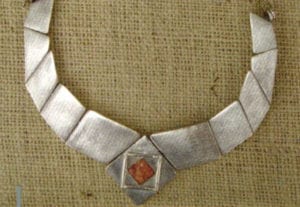 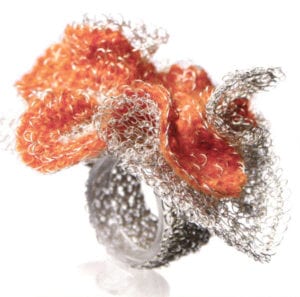 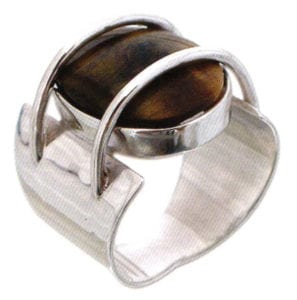 There were large deposits of gold and silver in the mountainous region. In Peruvian mythology, silver symbolizes the moon’s tears, while gold stands for the sun god. His son was the king of the Incas. Even today, the country is the world’s largest silver producer. With regard to gold deposits also, the Andean state holds 5th place in the world’s mining countries.

For the Indio peoples, gold and silver had more of a mythological quality, but it was not something regarded as preserving wealth. At the time, Cuzco was also known as the golden city. The Imperial King ruled from a solid gold throne, ate and drank from golden vessels that were discarded after having been used just once. Even his cloak was woven from golden threads. But then the Spanish conquest invaded the country, driven by their greed for the yellow metal. They broke the gold paneling out of the city walls and palaces of the capital, pilfered jewelry and art objects made of the coveted precious metal, melted everything down and sent it to Spain. In this way, they robbed the nation not only of its cultural treasures, but also of its history. After all, the Incas did not know any written language. Instead, they passed on their myths by word of mouth and handed down jewelry in a legacy from one generation to the next.

Modern Peruvian jewelry artists are now discovering their historical roots and are uniting them with a contemporary language of forms. In this, the pre-Columbian era is significant along with the Inca culture. In addition, there are numerous references to colonial jewelry ideas nurtured by the Spanish conquerors. The modern country is a multi-cultural state, and the ethnic groups and therefore also the cultures have merged. 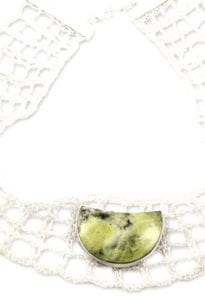 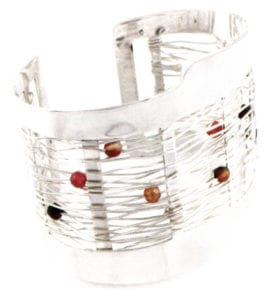 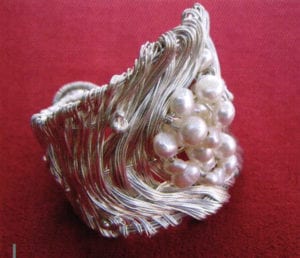 Typical motifs used by the Inca culture include pumas, human figures, the condor and the snake. The condor stands for the celestial body, and it escorts human souls to the next world after corporeal death. The puma represents life on earth. The sun disc is also a classical and historical jewelry form. The snake symbolizes the underworld. However, there are also abstract forms such as spirals. It is a reference for evolution. This form is found equally in the spectacular Nasca lines, torn into the earth over 1,000 years ago in the Peruvian high planes and only visible from the air. Another traditional form is the Inca cross, called Chakana in the Indio language. The quadratic cross represents the four elements of life: fire, water, earth and air. Geometric forms such as circles as symbols for endlessness or triangles as representations for the spiritual and material universe are found in numerous creations. In view of the fact that the Incas did not know any written language, they developed a system of knots – known as quipus – in order to record numbers. The knotted cords now inspire jewelry artists to produce necklaces with gemstones in place of the knots. 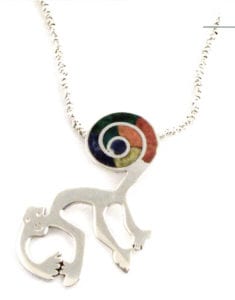 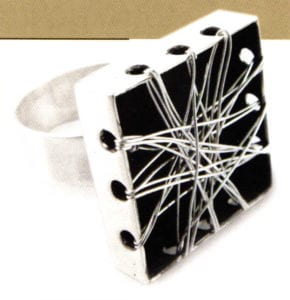 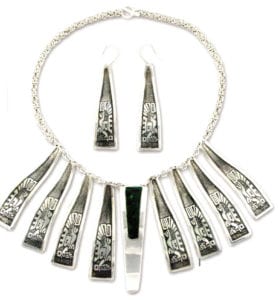 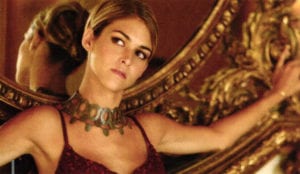 Choker ‘Meeting of the Worlds’ by Claudia Lira. Sterling silver with textured surface

As materials, the successors to the Incas like to use South American amber, onyx, lapis lazuli, tiger eyes, Andean opal, obsidian, japsis, serpentine and turquoise. Glass, mussels, bamboo and coral are also favored for precious items. Conversely, diamonds are effectively ignored for the items of jewelry. The designs tend to be expansive and gaudy. Whereas gold was the first-choice jewelry metal at the start of the seventies, silver is now the favorite. This realignment took place in 1973, when gold prices rose sharply. No one could afford gold jewels any more, and the precious items were not yet exported at the time. Therefore, silver had developed to become the standard metal by 1978, and the Peruvian jewelry artists made an international name for themselves with their pieces made of the white metal. Jewelry from the Andean state is largely made by hand, and in practical terms, there are only small design studios and no major manufacturers. Most gold and silversmiths learn their trade by the passing on of traditions or they teach themselves. There are no special jewelry design academies. However, some graduates of fashion or graphic design courses specialize in designing jewelry. There are only two schools in Lima where people can learn the trade. Jewelry galleries are unknown, while designer jewelry is distributed via jewelry retailers and chains. The jewelry competition Plata del Peru, organized by a mining company, is held once each year.

All articles by this author
Previous Ornamentum Gallery: A Jewel in Constant Transition
Next The Boulle and Bjo Rue Du Louvre Colleges
Social media