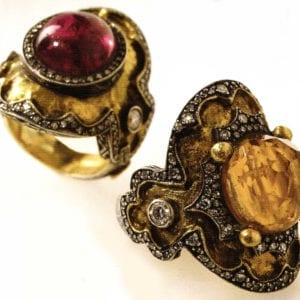 Home » Learning Center » Jewelry Design » Kemal Simsek: In The Sign of the Acacia

The Turkish designer Kemal Simsek chose an acacia as his corporate logo. And this jewelry company, not yet 10 years old, has put on roots in the international world of designer jewelry that are just as strong as those of the tree. 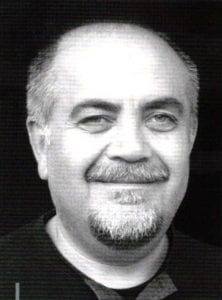 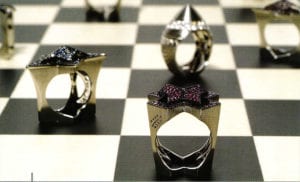 Sculptures or rings? Kemal Simsek’s high-quality, precious treasures are both 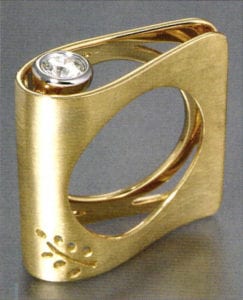 In addition to the stylized language of forms, a most pronounced feature of Kemal Simsek’s rings is how amazingly comfortable they are to wear. Each of his rings carries the symbol of a stylized acacia leaf 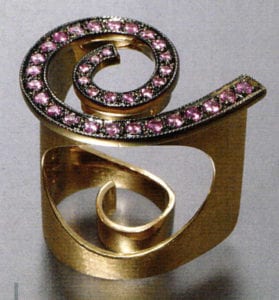 Spirals as a symbol of endlessness – yellow gold and pink sapphire 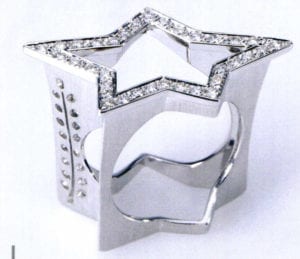 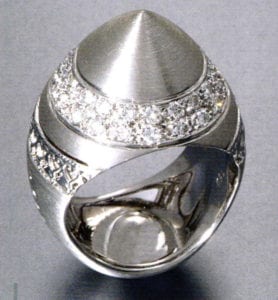 Not half as shocking as its name: the ring “Werewolf’s Nightmare”

The rings by the designer Kemal Simsek, who founded the jewelry company with the acacia in its logo in 1996, clearly reveal the origins of their creator: The former graphic designer makes extravagant use of graphic elements; in their development from a two to a three-dimensional structure, they take on the guise of sculptures, albeit at all times wearable. Frequently, the original forms he draws on are found in nature, such as the spiral. “Spirals are absolutely perfect, a form of divine growth structure”, enthuses the 50-year old Kemal Simsek, who draws his own inspiration from nature and also from philosophy. “It is not without reason that spirals are found so frequently in creation: In plants and blossoms, galactic forms in outer space and even in the structure of the hair that grows on our heads.” His carefully crafted and high-gloss, polished rings made of 18 karat white or yellow gold are just as much sculptures; most of them have a top and a bottom and can stand on their own once removed from the finger. His open ring forms, decorated with fine diamonds and other precious gemstones, can be interpreted as a form of homage to women, as they allow observers to see and perceive the skin of the women wearing them, “the most precious thing of all”. The same is true of Kemal Simsek’s “Supergirl” rings: “They make the woman wearing them appear like Supergirl”, is the entrepreneurs conviction. 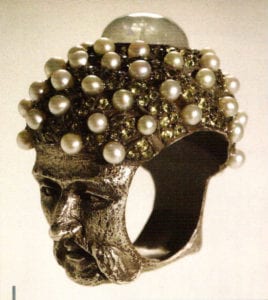 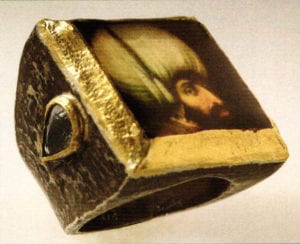 The gold-framed miniature as a jewelry element: ornamental design by Sevan Bikakci 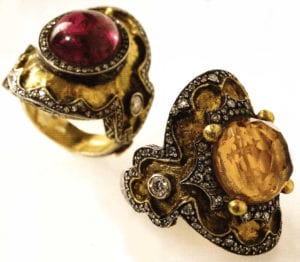 Extravagant, magnificient and luxurious: rings as if from antiquity 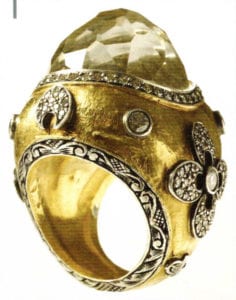 Archaic: A ring with a large central quartz stone with leaf gold applied by hand 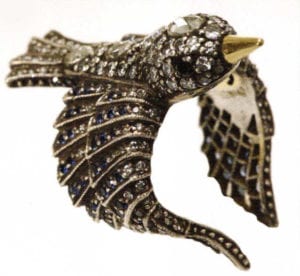 The bird, entirely encrusted with gemstones, is also a ring

The jewelry by Sevan Bikakci, a talented designer who Kemal Simsek discovered in 2004 and recruited his jewelry collection for Acacia, speaks an entirely different language of forms. Sevan Bikakci’s rings and brooches are playfully and elaborately fashioned, unique pieces, inspired just as much by personal dreams as by the designer’s direct environment. The Old Town of Istanbul in which the Grand Bazaar, Topkapi Palace, Hagia Sophia Church and much more is a constant source of inspiration for the former modeler, who has enhanced Acacia Design for only two years now. In order to create his jewelry, Sevan Bikakci frequently cooperates with artists from other disciplines. The miniature painter Hasan Kale, for example, provides portraits of Ottoman Sultans and tiny reproductions of icons from the Hagia Sophia and the Chora Churches for the magnificent, unique items. A particularly remarkable fact is that the 35-year old Sevan Bikakci can unite Byzantine, Ottoman, Armenian and other local influences in one single ring, without the rings appearing folkloristic or kitsch. Despite all of its historical, geographic and mythological influences, his jewelry is as cutting-edge modern as that by his very different partner. Their jewelry could not be more dissimilar: Reserved, well considered and calculated forms on the one hand, playful adornment in connection with Old Turkish crafts on the other. They present themselves together in the symbol of the acacia.

All articles by this author
Previous The New Jewelry Museum in Pforzheim
Next Bruna Hauert: For the Love of the Absurd
Social media