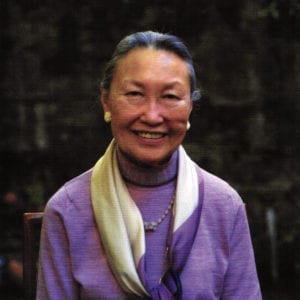 Jade Snow Wong, an extraordinarily accomplished enamelist, ceramist, and author, died on Thursday, March 16, 2006. She was 84 years old. Her family and friends as well as all those whose lives she touched with the beauty of her work and the courage of her vision, will miss her dearly.

Jade Snow was born in San Francisco on January 21, 1922, to a poor immigrant Chinese family. She was the 7th of nine children. As with most traditional Chinese families, the Wongs had no expectations of their daughters other than to help with the family business, marry and bear children. Obedience to her parents was a duty. Jade Snow managed to grow up maintaining strong links to her heritage while also maturing into an independent and spirited Chinese-American woman. Throughout her life, she broke every constraint set by society, achieving unprecedented success as an artist, writer and leader in her community. 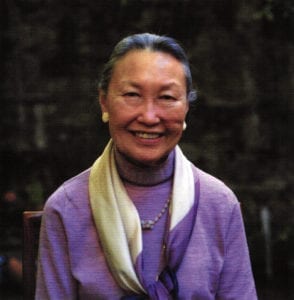 As a child Jade Snow attended both American and Chinese schools, graduating from high school with honors. She obtained a scholarship to the exclusive Mills College in Oakland and graduated Phi Beta Kappa in 1942. Majoring in Economics and Social Studies with the intention of becoming a social worker in Chinatown, she enrolled in a required craft course taught by the noted California ceramist Carlton F. Ball. Among the various crafts she studied, pottery was the medium that most intrigued her. Through the financial support of a friend, she was able to take a 6-week ceramic course with Carlton Ball in the summer of 1942 immediately following her graduation from Mills. This would be the first major step that would alter the course of her life and career.

Before settling on a life devoted to the arts, Jade Snow was employed as a clerk-typist in the Marin Naval Shipyard. Through diligent work, she advanced to positions of greater responsibility which ultimately led to her being appointed as a researcher. She was assigned to analyze the reasons for the high levels of employee absenteeism the shipyards were experiencing during this period. She undertook this challenge with great fervor, resulting in a paper that was published by the San Francisco Chronicle. She won a contest for her publication and the prize was the honor of launching a ship, which she did on April 16, 1943. 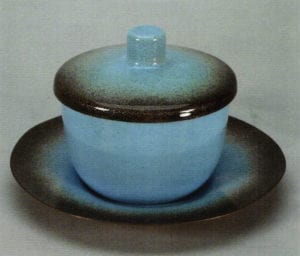 During these years, she also joined the Mills Ceramic Guild, founded by Carlton Ball and Elena Netherby. She commuted from San Francisco to Oakland on week nights and weekends so she could continue her studies and make more ceramics. At the time, Song Dynasty pottery was the greatest source of inspiration for the budding artist’s work. These somewhat crude vessels, with their strong and solid shapes and their single-color glazes relieved with an occasional incised motif, had great appeal to the young artist.

At one of the guild meetings, Carlton Ball gave a workshop in enameling. It was there that Jade Snow began her lifelong fascination with the medium. However, since copper was scarce during World War II, she was not able to give full scope to her vision until the conclusion of the War. In her earliest known works, she raised her own forms starting with a copper sheet, bent, shaped and hammered to become the desired vessel. As with her ceramics, the shapes were strong and solid, the enameling simple, spare and refined. 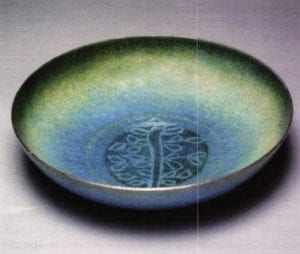 Eventually realizing that, as a woman of Chinese heritage, there was no future for her in the corporate world, Jade Snow decided to make a career utilizing her artistic skills. With no money to start a business, she managed to convince a gift shop owner in Chinatown to allow her to set up a small pottery studio in one of the windows of his shop. In 1945, to the shock and amazement of most of the Chinese community, Jade Snow Wong, herself, was on display in the window of the shop China Bazaar throwing pots on a wheel and placing them on shelves to dry. The finished pieces were offered for sale in the gift shop and remarkably, within a few months, she had made enough money to rent her own space and establish a proper studio where she could produce her ceramics and enamels.

In the late 1940s, she was urged by the publisher Harper & Brothers to write her memoirs chronicling her struggles and achievements as a Chinese woman living in San Francisco. Fifth Chinese Daughter was published in 1950 and the response to the book was beyond her wildest expectations. Her book was selected for the Book of the Month Club and in 1953 Jade Snow was sent by the U.S. State Department to Asia for 4 months where she talked about her life and displayed her works. The book is still in print and is now a central part of the curriculum for many Asian Studies Programs at universities throughout the country. Her second book No Chinese Stranger was published in 1975 and dealt with Jade Snow’s life from 1945-1975. 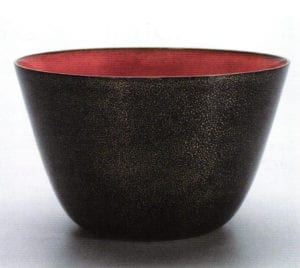 Her early work in enameling was quickly recognized and featured in a number of important juried exhibitions including shows at the Everson Museum of Art in Syracuse, New York. This led to the purchase of an enamel bowl by the Metropolitan Museum of Art in 1947. Also in 1947, two of her enamels were selected by Mies van der Rohe to be included in the Museum of Modern Art’s exhibition, 100 Objects of Fine Design. In the succeeding five years, she was included in no less than 12 exhibitions. In 1952, the Art Institute of Chicago gave her a one-person exhibition which then toured to several other museums. Her work was seen and widely admired throughout the country. Also at this time, major department stores and high-end gift shops started selling her work from coast to coast.

While Jade Snow stopped making pottery in the 1980s, she continued enameling until just a few months ago. Throughout her long and enormously productive life, Jade Snow constantly refined her elegant, vessel forms decorating them with subtle enamel colors. Because of her commitment to simplicity and to refining classic forms, her most recent work looked much like some of her earliest pieces. In 2002, a major retrospective of her work was organized by the Chinese Historical Society of America in San Francisco. A beautiful catalogue was produced to chronicle this amazing artist’s career and life. The turnout at the opening reception was memorable. Family, friends and admirers all showed up to pay Jade Snow their respects and to honor this highly accomplished individual. 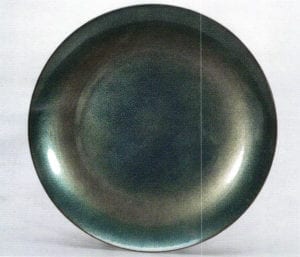 Hal Nelson and I had the great honor to know Jade Snow Wong for six years. Our initial acquaintance quickly evolved into a long-established friendship. Regular phone calls and occasional trips to San Francisco always led to the most amazing visits where life stories and experiences were shared. One of the most memorable occasions was in 2003 when we flew to San Francisco, rented a car, picked up June Schwarcz and Jade Snow and drove to Palo Alto to view an exhibition of June’s enamels. June and Jade Snow had know each other for a very long time, but had not seen one another in years. It was a most special day as the two enamelists reconnected and shared with us so many memories. It was an enormous privilege for Hal and me to spend the day with these great leaders in the studio enameling field.

Jade Snow was a most beautiful human being with genuine care and empathy for people. She was a greatly beloved person whose shop in San Francisco was visited by people from all over the world. They had all been touched by the quiet strength of this individual who courageously overcame her struggles as a young girl and, despite all odds against her, achieved every goal she set for herself. She will be missed by many. I will miss my dear friend, Jade Snow Wong. 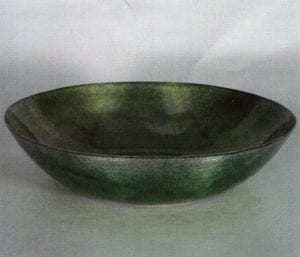 Jade Snow Wong will be one of fifteen artists honored in the forthcoming exhibition and book entitled Painting with Fire: Masters of Enameling in America presented at the Long Beach Museum of Art in California from January 12 to August 19, 2007 with subsequent national tour.