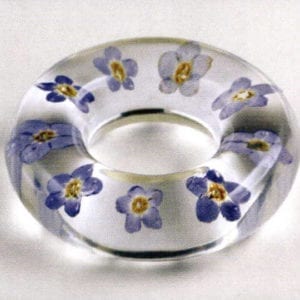 They come in all different forms – delightful and dangerous – but there aren’t so many about now: secrets. The human genome has been largely identified, in May of this year the secret of Saturn’s rings was unveiled, evolution is moving forward. 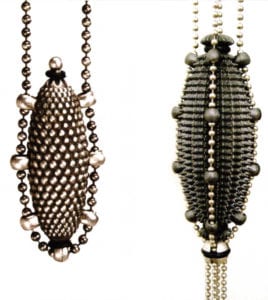 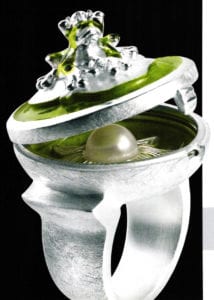 But one secret which remains tough to uncover and has sparked a great deal of speculation is the mystery of what women keep in their handbags. Keeping a secret used to be a matter of honor. Then the era of enlightenment came along and secrets became something rather more underhand. In the past, lovers would carry scrolls or locks of hair from their beloved at their heart in specially designed lockets, away from the eyes of the world. Hinged poison rings were once used to carry a secret deadly powder in a hollow capsule inside and were responsible for many political changes. Yet now, in this age of science and discovery, with the internet and television, even the last remaining mysteries are gradually disappearing. 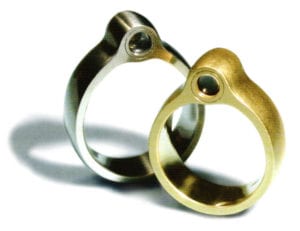 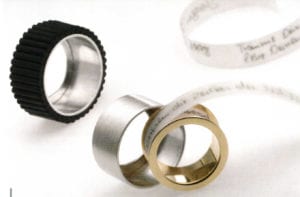 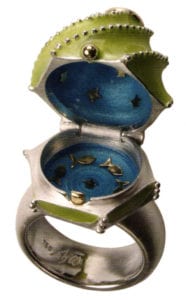 This ring by Thomas Wiltmann is indeed the ‘Cherry on the Cake’, as the name suggests, and conceals all the treasures of the sea inside 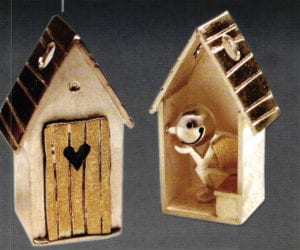 Secrets to smile about – ‘Klohauschen’ (outdoor toilet) by Hildegunde Ottosen 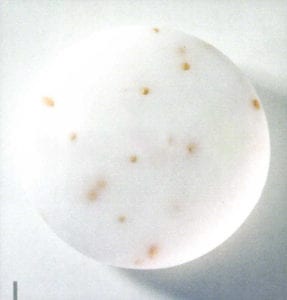 Grains of gold shine through Susan Pietzsch’s object in sugar 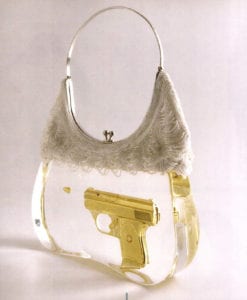 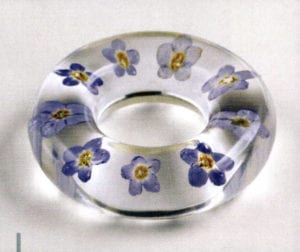 Forget-me-not in resin, secured inside for all eternity, ring by Stefanie van Scheven 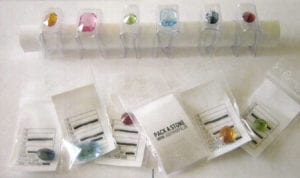 Perhaps this trend has fuelled a new passion for the mysterious. If you look closely, you will find that contemporary jewelry design often contains secret messages, hidden gemstones or other invisible ‘inner values’. Ostensible glamour is giving way to a trend toward understatement. This does not mean that material values are disappearing completely, but they are certainly fading more into the background to the point that they are sometimes not visible at all. Only the wearer of the piece of jewelry has an intimate knowledge of the valuable secret it contains. An increasing number of contemporary designers have identified this issue, devising rich and varied methods of implementing this interplay of mystery, concealment and enigma. Gemstones, for example, can be found either at the sides or inside the band of a ring upon close inspection, instead of being displayed on the outside in a clearly visible setting. German designer Silke Spitzer takes this concept a step further with her ‘bumpy ring’: here, the gemstone cannot be seen at all. Rough diamonds are placed between two linked bands of a ring and covered with precious metal so that only the goldsmith and the wearer know they are there. Other designers let their secrets sparkle a little so that the observer can guess at their presence. Susanne Pietzsch’s sugar piece contains gold granules which shine through and the ‘Memento Globes’ by British designer Rachel Galley offer a brief look at the treasure concealed inside. Lockets and rings which open up, like the poison rings of Ancient Rome, are also enjoying a successful comeback and conceal or contain hidden delights. 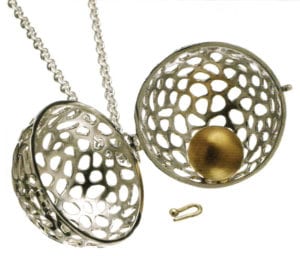 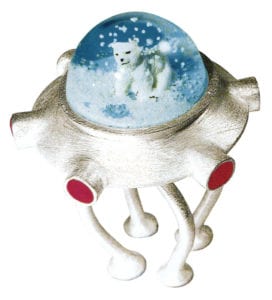 Instead of focusing on pure concealment, some jewelry artists play on the contrast between the secret and public. Designers such as Judith Hofel, Bruna Hauert, Stefanie von Scheven and Ted Noten are turning the inside out, so to speak, by making what is packaged inside visible. Acrylic or resin offers a glance at the otherwise secret world inside (for example with Ted Noten’s ladies’ handbags) which is sometimes romantic, sometimes humorous. Whether we are taking forget-me-nots, a lock of hair or a gemstone, the inner values of many items of jewelry have a high degree of individual significance both for the designer and for the wearer. It is not unusual for a personal experience, feeling or memory to be linked with them, making the jewelry priceless.