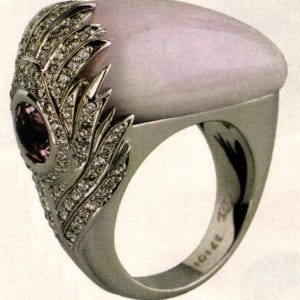 The World Watch and Jewellery Show in Basel, 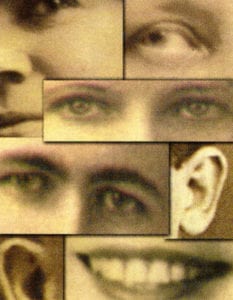 Exhibitors were pleased with the show, with most reporting that business was as good or better than 2005. Aside from the usual strong European buying presence, exhibitors had clients from the Middle East, Russia, Asia, and even the United States, though Americans are still reluctant to travel. 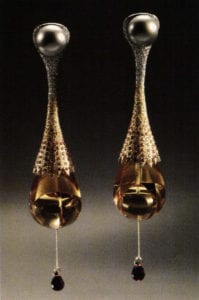 Glaucia Silveira of F.R. Hueb won the Tahitian Pearl Trophy in Brazil with these earrings of citrine and garnet in white and yellow gold with a garnet drop. 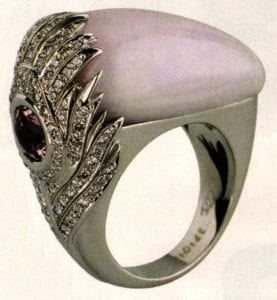 Huge cocktail rings remained popular, as did delicate cuffs. In neckwear, some companies focused on chains with stylishly large links, while others leaned toward lariat-style necklaces whose lengths could be adjusted. Jewelry with parts that can be added or removed pendants, dangles on earrings, stackable rings, and so forth — have become an international “bread and butter” item, and designers continued to invent new variations on the theme. 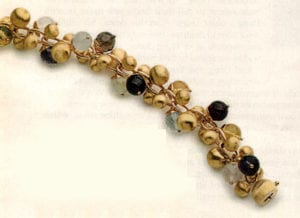 Buyers’ tastes were split. On one hand, classic designs in black and white or with plain goldwork were in high demand, moving away from the intricate Victorian look of seasons past. On the other side of the equation was a contingent of buyers looking for unique items: new designs, new designers, even one-of-a-kind pieces if they were eye-catching. The second group was more interested in color, fun designs, and most of all, jewelry that you can’t find in the store down the street. 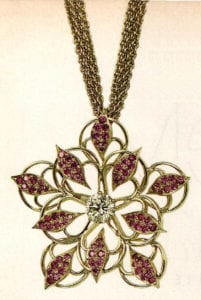 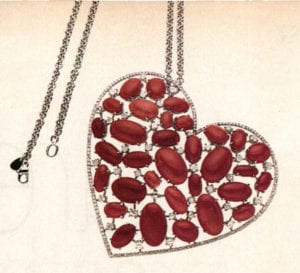 Overall, exhibitors at the show pronounced themselves satisfied not only with the show itself but with the market in general. While business has undoubtedly gotten more competitive, especially with major fashion brands encroaching steadily on the jewelry sector, the global market remains strong. 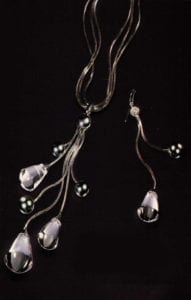 Baccarat combines black pearls with crystal for the first time in its Divine collection.