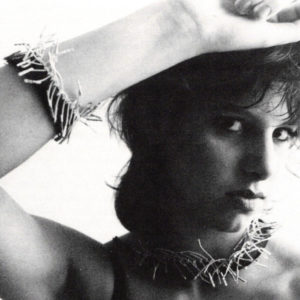 In early 1983 a call for entry was sent out across Canada for submissions to a multimedia, nonprecious jewellery exhibition “Jewellery in Transition” inspired by the spirit of the British “Jewellery Redefined” show of last year. Open to all artist-craftsmen, in fact open to anyone, with an anything-goes feel, the exhibition criteria was very loose – the only definite stipulation being that the work be somehow wearable and of an innovative and fresh nature.

For a country like Canada, with small pockets of artist-craftsmen scattered everywhere and many inaccessible to each other and to the Toronto scene, the daring of gallery owner Suzann Greenaway in sponsoring such a risky and potentially slight show is most praiseworthy. And, contrary to all expectations, 250 individuals responded. On jurying day over 400 individual pieces were to be viewed, with 110 works being finally accepted—a large show by any standards. 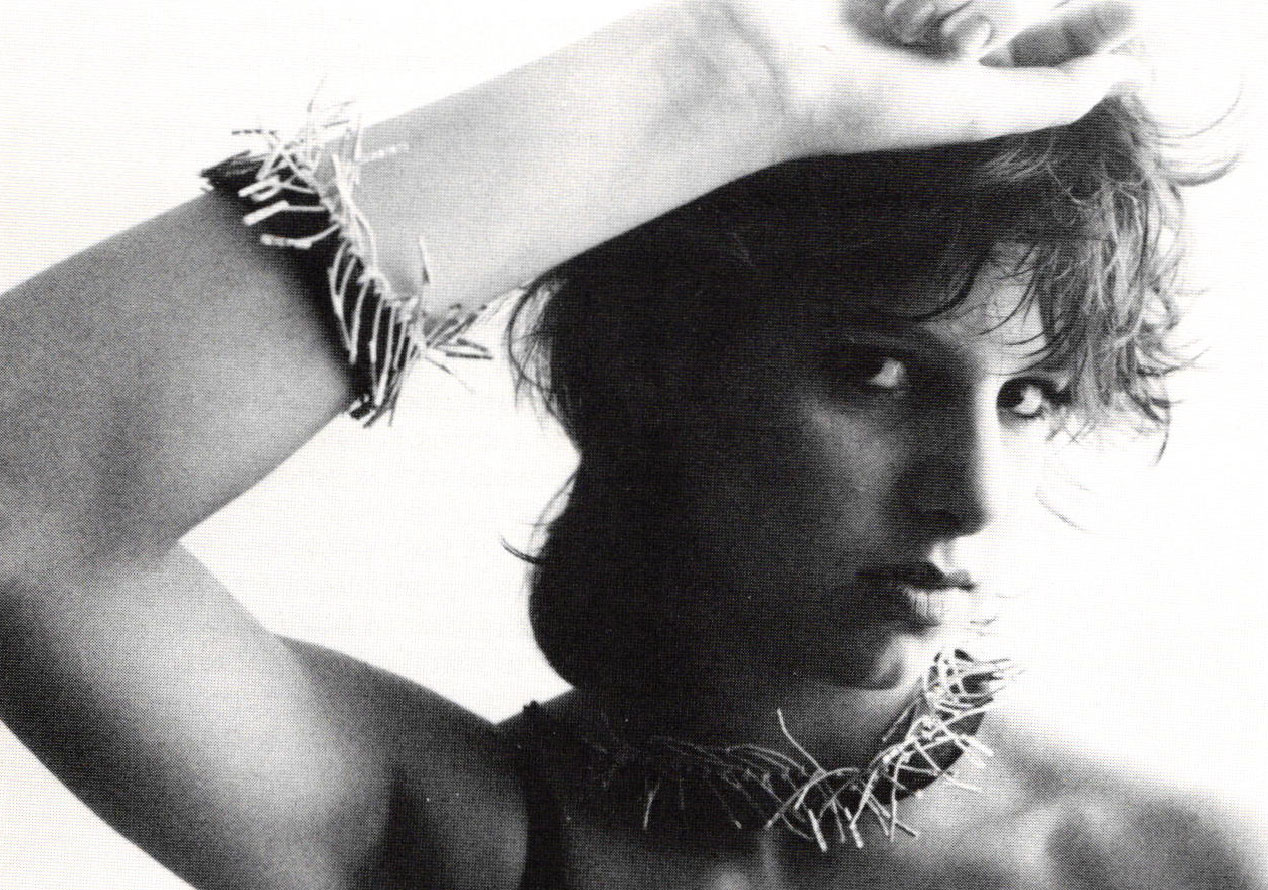 The energy, ideas and sheer cunning of many pieces shown were a stimulus to all who came. Both jewelers and workers in other media took the opportunity to cast off their usual methods, esthetics and attitudes to produce a wide and exciting variety of pieces. Having briefly outlined what took place, I am now confronted with the difficulty of making any sort of objective commentary on the work alone, due to the fact that this whole exhibition was such an event and must be seen in that context.

The spirit of the show, its cock-eyed feel, its modernist to post-modernist sensibility strongly affirmed that something not quite European, not quite American is happening up here in the “Great White North.” On opening night there was a continuous improvisational performance by dancer Judith Hendin working in/on/around the jewelry. As she used the floor and the front window of the gallery, many passers-by and streetcars full of people slowed down and stared. The large opening crowd poured into the street, many of them wearing the wildest, most conceptual pieces themselves. Some were wearing works of their own not accepted in the show, a sort of walking “salon des réfusés.” 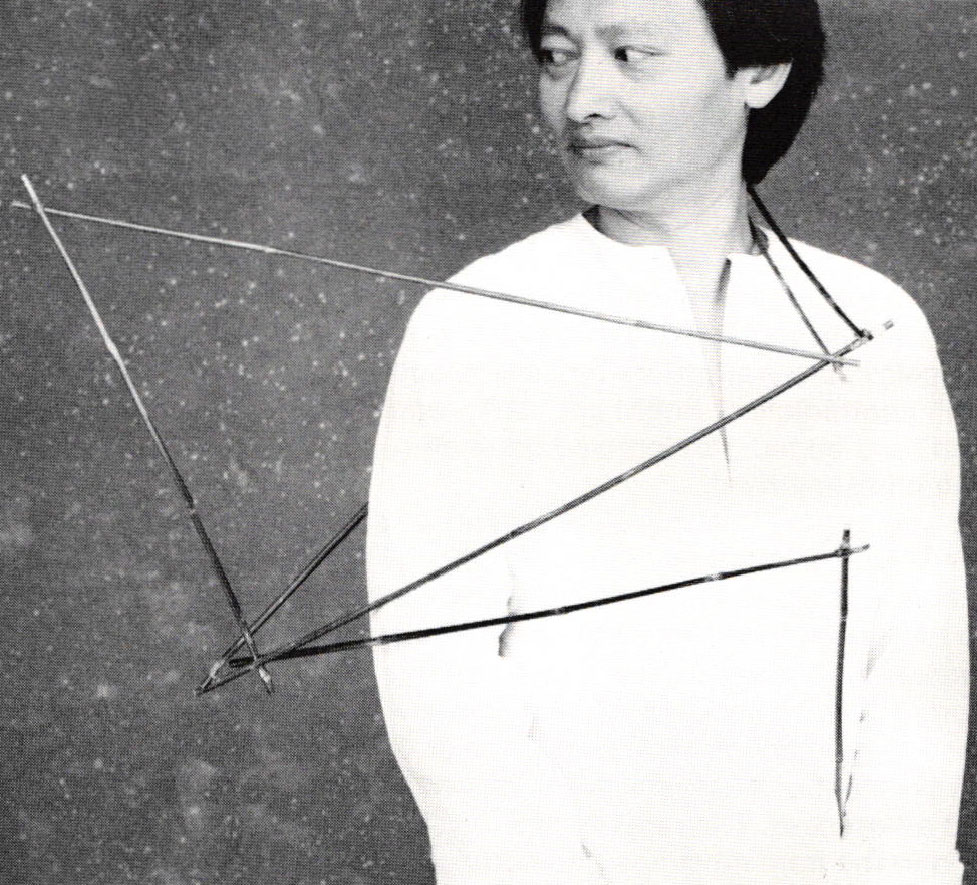 But apart from the “happening” nature of the event I must address several pieces: David Didur’s neckpiece made entirely of a long, partly burned fuse intertwined with layers of wooden matches and strings of firecrackers to which was clipped a rusted steel profile of the United States with symbolic red, white and blue lines will not soon be forgotten. The piece was a sharp political critique of the unpopular Cruise missile testing to commence here soon. At the opposite end of the spectrum was the clear-headed minimal red willow body pieces wrapped with colored threads by Kai Chan.

Also notable were Richard Karpyshin’s set of eight photo-documents of people at a party wearing his red enamel “X” pins, the red pins in turn being permanently installed over the corresponding life-size black-and-white image in the photograph; Lyn Wiggin’s fine corrugated cardboard bracelet which looked and felt like a rotund accordian; Laura Biscotto’s knockout bracelets and neckpieces made of nylon netting, black elastic and red electrical couplers; Beth Biggs’s elegant and striking lead, wood and blue-jay feather brooch; Paul Leather’s paper pieces; Stephanie Amos’s stainless steel and niobium pins and Oksana Kit’s terrific summer scarf of open grey plastic units. The materials used were as diverse as the entries: photos, empty slide-cases, toothpicks, rubber tubes, slate, earth, convention badges and all manner of found objects and metals. Plastic however did dominate, to me a weakness of many pieces that the use of acrylic and plastics as materials were seen to be somehow advanced or innovative. 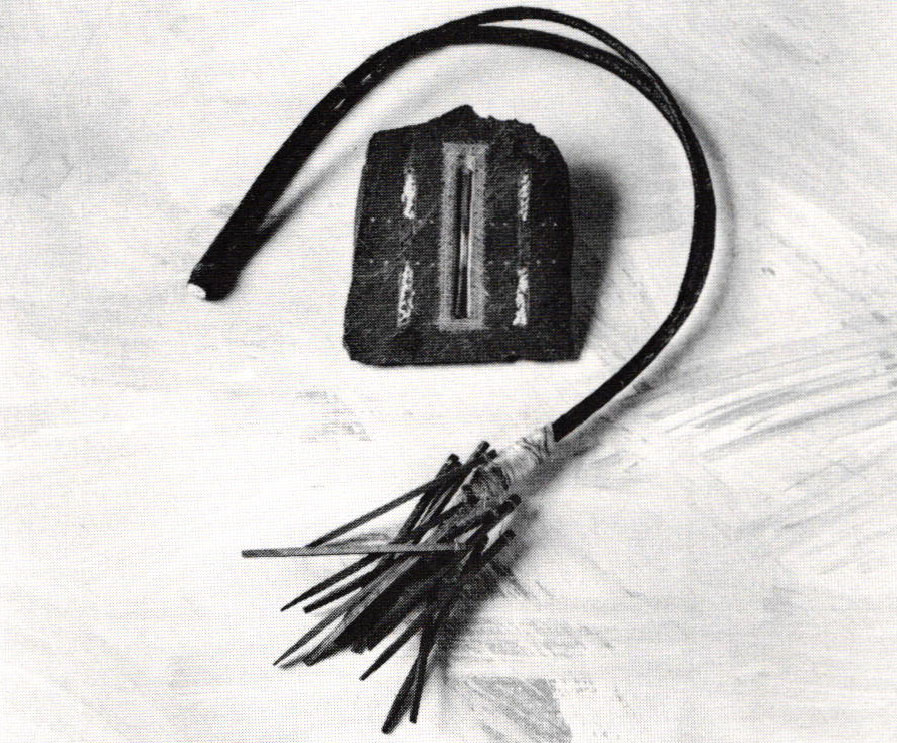 Without doubt however, this was an invigorating, challenging and wholly stimulating show for participants and spectators alike. It was not only supportive and much needed here, but first rate as well, a landmark exhibition.