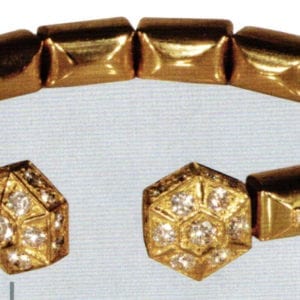 Gold, silver, platinum and gem stones are increasingly getting a bad name. Environmental catastrophes, financing of criminal syndicates or warlords and also inhumane working conditions are making the jewelry industry and customers insecure. An interesting approach for a credible alternative is cooperation with suppliers that seek the principle of fair trade, as is already established with other products, also with gold, diamonds, gemstones and jewelry. 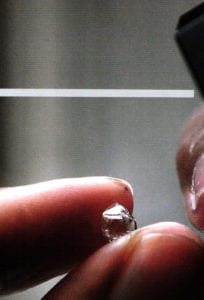 Irrespective of ethical aspects, this would offer the opportunity to occupy a position that will become more and more important in the future: offering luxury without a guilty conscience. An Ethics Summit in July 2007 in Washington and the South Africa Fair Trade Jewelry Stakeholder Conference in October of the same year on this topic (www.madisondialogue.org) or the dedication to this matter by global players such as Tiffany are clear signs that the problematic has long since grown from its niche position. Using high publicity actions, organizations such as Fian (Food First Information & Action Network) are heightening awareness against ruinous policies in  mining projects under the slogan “No dirty gold.” Portal such as www.oeko-fair.de show what alternatives there are:

Peru: Allpa was founded in Peru in 1986; in the language of the Quencha Indians, the term means “earth.” It is a marketing initiative for cooperation and crafts firms. Roughly 70 families produce high quality silver and bronze jewelry. In selecting the partners in the association, the social position, quality and price of the products offered are important. Also co-determination by the craftspeople in all decisions impacting on the group is a precondition for any cooperation. The organization offers its contractual producers training and technical consulting. In addition, the affiliated groups can also purchase raw materials through Allpa at inexpensive rates.

Argentina: In the so-called plan Auriferum in Argentina, a plan was developed in which water is used in a sustainable manner in order to wash gold from the bedrock stone in the major mountain mines without chemical extraction. Additionally, sales of the mined gold are organized without the involvement of intermediate dealers. The aim is to support the establishment of an ecologically and socially acceptable production and sustainable distribution structures for gold. Within this framework, there is cooperation with European partners such as the Central Association of German Goldsmiths, Silversmiths and Jewelers, Thomas Siepelmeyer and others.

Kenya: The Machakis Handicraft Project (now Treasures of Africa) has been in place since the early eighties supported by the Kenyan government, the European Community and the German Welthungerhilfe. The project helps women to market their products better. Since 1999, the women’s cooperatives have produced jewelry made of horn that is distributed through DW Shop.

South Africa: African Romance is the first diamond company in South Africa that is to 100 % black owned and controlled and that operates on a high level the mining, laser processing, cutting and trading with diamonds. By applying barcodes, each diamond can be traced back from its creation to the dealer and guarantees an ethically and ecologically forward-looking product. In this, African Romance is no compromise in terms of quality. The diamonds distributed here are among the world’s best-cut and untreated stones. The ambitious goal is to assert an African luxury brand on an international level: a niche that is promoted with state of the art processing techniques in one of the most progressive diamond production plants. Highly qualified employees in a company that has much to offer to major international dealers are pioneers in a development for significant value added and to ensure there are better working conditions in South Africa’s mining. (www.africanromance.com)

Tibet: The independent organization Tibetan Refugees Self-Help Handicrafts (TRSHH) has since 1978 dedicated itself to the marketing of Tibetan jewelry products on the domestic and international markets. 90 percent of the surplus generated by export is returned to the producers; the Tibetan exile government in India is supported with a 10 percent profit share. TRSHH cooperates with around 1,600 producers that live in 40 Tibetan village communities. They are characterized by a very strong participation of women. The jewelry from the Tibetan region is made of gold, silver, copper and brass and adorned with coral and turquoise. They also use gemstones such as Tibetan dzi and amber, along with garnet, tiger’s eye, rose quartz and malachite, among others. 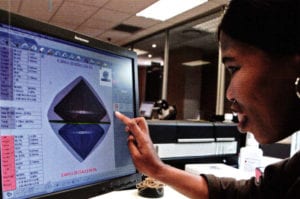 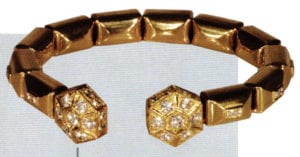 Thailand: Thaigerfund is a Thai initiative that promotes various projects such as the redevelopment of the slums in Bangkok, co-financing a women’s shelter or the support of a temple school. Silver jewelry has been distributed since 2000. The craftspeople receive support in the production and the marketing of their crafts products.

The initiative Fair Trade in Gems & Jewelry (www.fairedelsteine.de) was founded by the geologist Thomas Siepelmeyer from Reckenfeld. In addition to diamond mining and processing without conflict, child labor or corruption, he is concerned with social and environmental issues. He is familiar with the problems due to his many years as a development aid consultant in mining in South America and Africa. According to estimates by the International Labor Organization, 13 million people around the world work in so-called small scale mining, in which by families or in small communities the raw materials are gathered by hand with few machines. This is where the expert gets involved. He has built up a network of gemstone experts, geologists, goldsmiths and engineers. But the goods have to be sold for the system to work. The initiative now has 20 partners, with a rising trend in Germany. There are also dealers in Denmark, England and the United States. It may just be a drop of water in the ocean, but it is a start. An important precondition for long term success is that Fair Trades in Gems & Jewelry is to date the first and at the moment internationally only firm that can reveal to its customers the path of every single item of jewelry from the mine, via the processor and through to the retailer. Members of the network also include Claudia and Annette Schindler from Keltern near Pforzheim. One of the initially unusual things about their brand “Noen” is that exclusively ecologically produced gold is used in their items of jewelry. Claudia Schindler says about this: “We carry responsibility for the world we live in; in this way, shining reality is created from our vision.” The jewelry is intended to change the wearer’s appreciation of the world, sharpen their awareness. And it does this in exceptionally beautiful pieces of a collection with clear and fascinating forms. But due to the limited annual production of the gold, only a certain number can be produced. This makes the jewels particularly exclusive. Noen is offered by selected jewelers in Sweden and Denmark.

Brazil Gems has also operated for a few years with the aim to create a change toward fair trade in the jewelry industry, to offer gemstones of the highest quality that were produced in a socially and ecologically responsible form. In this, Brazil Gems works closely with the mine owning family Soares from Guvernador Valadaris, Minas Gerais, Brazil. Mainly, they mine beryl, especially aquamarine, tourmaline and quartz in different variations. Without using intermediates, the goods go straight to the distributor Brazil Gems in Germany. The goods are neither irradiated nor chemically treated (www.brazilgems.de).

Getting lid off tumbler

Diamond melee not passing a diamond test after work is done