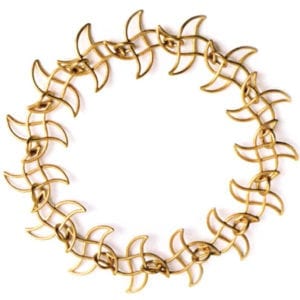 East meets west – the cultural mixture of eastern and western influences on jewelry, fashion, furnishings and architecture is no longer entirely new. The German/Japanese jewelry designer Erico Nagai is, however, truly a member of the avant-garde in this area. 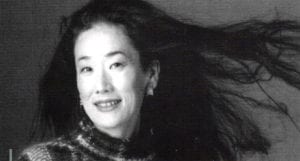 European influences characterized the jewelry designer from her childhoon onwards; her father and mother, a pianist and a violinist, dedicated themselves to European music. Erico Nagai, who thinks and works multiculturally, has for many years been in demand as an instructor in Germany and abroad

When Erico Nagai, then twenty, left her home town of Tokyo in 1967 for Europe, she actually wanted to study painting and graphics. She began her studies at the Kunstgewerbeschule (Professional School of the Arts) in Basel, but transferred to the Academy of Fine Arts in Munich just one year later. After this change of location, she quickly changed subjects as well, giving priority to classes in textile design and goldsmithing. As evidence that she had made the right decision, Nagai, a student of Hermann Jünger, was granted the Bavarian State Prize and the Herbert Hoffmann Prize in 1976 – before she had even completed her studies. Erico Nagai has now lived in Munich for over 30 years and is among the great classic artists of contemporary jewelry design, to which she has dedicated herself body and soul. With her roots in the traditions of Japan, but her home in Europe, the artist is distinguished by a highly individual sense of form. 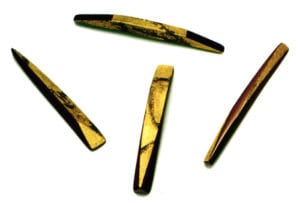 Fascinated by Japanese lacquer techniques, the artist developed her own technique, combining lacquer with gold and silver, in the 1980s. Brooches from 1986, 21.6 karat gold, silver, and Japanese lacquer 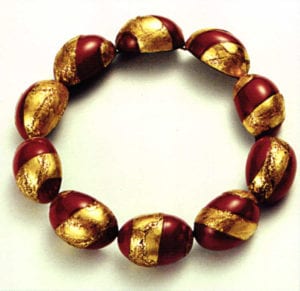 Nagai tirelessly explores the secrets of the art of goldsmithing, plumbing the depths of its possibilities. She particularly loves working in small dimensions. The delicate Nagai places classic European techniques of goldsmithing alongside traditional Japanese metalwork and brings them together. Her deliberately constructive sense of form reveals a great deal of Japanese aesthetics. A trend toward color is created by integrating Japanese lacquer-work into her jewelry pieces. Nagai’s early works from the 1970s and 80s still demonstrate a pronounced tendency toward the design of painting. The surfaces of the brooches are a deft blend of noble and base metals – compositions of gold, silver, iron, and copper call to mind details from bizarre rocky or moorlike landscapes. 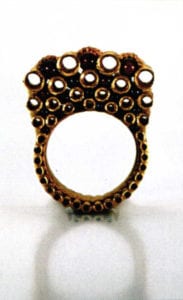 “Tubes made of concrete and iron, glimpsed for a moment through the window of a moving train” are the inspiration for Erico Nagai’s unusual “Small tube jewelry.” Ring, made of 21.6 karat gold, with Mexican fire opal and aquamarine (1996) 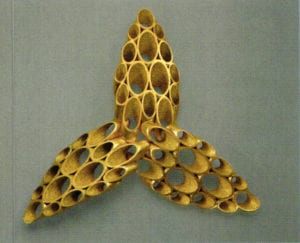 In 1990, Nagar left two-dimensionality behind and gave priority to exploring geometry and architecture. Long before she began developing her “tube jewelry,” she had been fascinated by iron and concrete tubes and pipes she discovered out in the landscape, and in the garden, had found inspiration in the calyxes of dahlias. A long process of taking form resulted in rings, brooches, bracelets, and necklaces made of many tiny tubes and flat rings soldered together. Erico Nagai sometimes accentuates her small compositions with stones, pearls, or enamel. For her long neck chains, flat rings are added one after the other; the various ways of wearing the necklace give it a constantly changing appearance. The tubes, made from a single gold plate, overlap and cover one another to create jewelry pieces that evoke Gothic tracery or Middle Eastern breakthrough work as well as the outlines of leaves and flowers or abstract crystal structures.

As if moonlight were reflected from an unreal landscape: these three brooches, made of gold, silver, and copper (1975) implement the Japanese shadow aesthetic and form Erico Nagai’s first cultural bridge between the two sides of her life, between the tradition of Japan and the modernity of Europe

Lately, small series have become an important topic for Erico Nagai, alongside her production of unique jewelry pieces. Her “editions” have developed in two different directions: on the one hand, there is the sphere edition “Infinitas,” which began in about 1992 and has matured over the years. Her interrogation of the symbolic character of the sphere, which stands for the globe, for unity and at the same time for variation, and for globalization, is of particular importance for the artist. The point of departure are two pressed half-spheres made of silver, which are then put together to form a sphere. The surface is marked by specific techniques: gold leaf or gold dust is added in free design until the entire surface is covered, and then a coat of enamel gives the sphere its actual patina. Segments large and small – triangles, squares, and rectangles – are cut from this body and then fastened to brooches and earrings with blackened silver. All the pieces come from one and the same sphere, belong to a “family” of sorts – and yet are unique pieces, spread around the world by their many wearers. 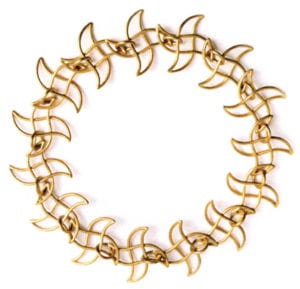 At the same time, the artist is currently concentrating on her jewelry edition “ECO,” made of gold wire, which explores the attractive possibilities and many-sided play on the S or wave shape. When two or three of these simple forms are placed one over the other, the jewelry pieces take on a spatial aspect. With sixty variants to date, some of them reflected in necklaces as well, this repertoire is a long way from being exhausted.