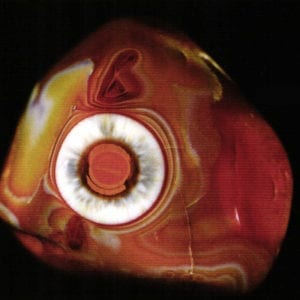 A petrified miracle of creation – most deserving of this kind of finely sensual description is agate. Agate is found all over the world. And wherever it is found, nature has left very special and unique traces in it. 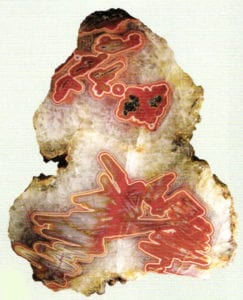 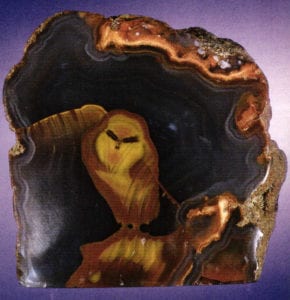 Probably the most famous and expensive agate in the world, the 9 cm “Hooded Owl”, Mexico 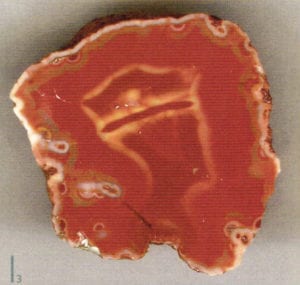 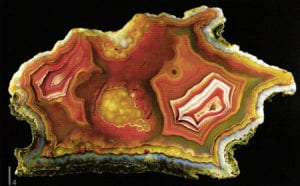 Agate gems are unique items, and no stone is identical to the other; after all, they are typical stones for collectors. Once you have found one, you may find yourself drawn to collecting as many as possible. Agates are artworks of nature, regardless of whether they are hewn from rocks or quarries, drilled from mines or collected in sandy deserts, even if the inherent beauty of the stone is not yet apparent in its raw state. However, passionate collectors know just how beautiful and naturally inspiring the “images” are that agate conjures up once it has been processed, or rather cut and polished. The right cut reveals the fines of images, geometric, organic and symmetrical forms, confusing images in a magnificent play of colors, each in every case a petrified miracle in stone. Any onlooker will feel immediately enticed not only to marvel at the fantastic, but instead to interpret them and to discover familiar forms or objects in them. Two particularly impressive examples of this kind were presented in October during the Munich Mineral Days (www.mineralientage.de): The “Hooded Owl” and “Nofrete”, two agate gemstones that may make us believe in supernatural powers in the creation of these stones due to their astonishingly precise reproduction of the Egyptian queen and the calmly seated hooded owl. 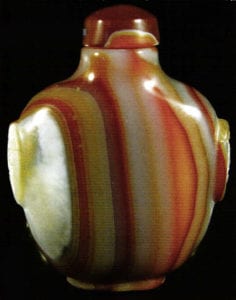 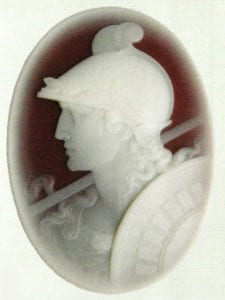 Agate gem (an image cut into the agate) by August R. Wild 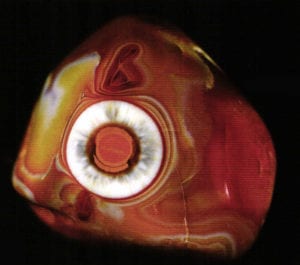 The eye agate from Lake Superior in Minnesota, USA, is given a lot of significance among collectors

Agates have been collected all over the world for millennia. They are found on all of the five continents, from Mongolia to Madagascar, from Kazakhstan to Uruguay. Nonetheless, the El Dorado for agate collectors is Mexico. No other country in the world produces such a manifold variety of high-quality agate as the Central American neighbor to the United States. Countless deposits, supplying most varied and extremely colorful material in large quantities, are familiar and appreciated among experts. The German region of Idar-Oberstein was first mentioned as an agate deposit in 1375; since then, it has been a center of the German agate and gemstone industries. 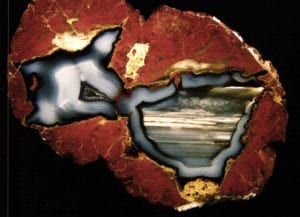 A view of the sea: The interpretations of the “naturally painted” agate images capture the imagination, thunder egg agate from Oregon, USA 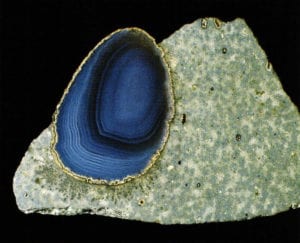 The agate almond from Idar Oberstein, Germany, still sat in the volcanic mother rock is a rarity

The fact that aesthetically pleasing agates are popular among collectors and jewelry manufacturers alike is not least due to the extremely varied manners in which they can be processed. For many millennia now and until the present day, agates have been used to adorn, decorate and artistically enhance objects such as cups, jewelry boxes, snuff tins and dishes. Agates were used in jewelry since the dawn of time and have been, for many centuries, among the most coveted gemstones. Engraved agates have been found as gems or cameos from the era around 3,000 BC. Sumerians, Babylonians and Assyrians engraved layered agate by tearing cracks in it using harder stones such as corundums and garnets, thus revealing the underlying, differently colored layers. Agates in the form of eyes were particularly popular as amulets, as they were reputed to protect their wearer from the “evil eye”. During medieval times, agates were particularly popular for their magic properties, but the Renaissance viewed them mainly as material for use in dishes and vases. Even if their significance has declined since earlier times, agates continue to be an important feature in jewelry design. Drum-shaped stones, cut to be velvety soft, or agates in the form of donuts are worn as ethnically inspired jewelry. A few designers even dare use uncut agate with its open, organic structures in order to produce modern jewelry with these sparkling miracles of nature. 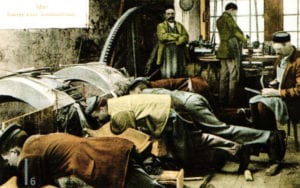 A tough job. The historical postcard shows a typical agate cutting shop at the start of the 20th century 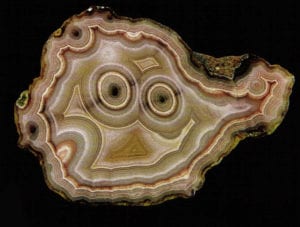 An extremely rare “face” in agate from the Allanza Claim, Ojo Laguna, Mexico

Things to know about agate:

The name agate is derived from the first known deposit close to the antique river Agate in Sicily. Agates are normally found in hollows prevalent in volcanic rock; it normally consists of concentrically taped, multicolor quartz-chalcedony layers. The layers may be colorless, white, yellow, red, brown, green, blue or violet. Chalcedony consisting of black or white layers is known as onyx. It is often known by its appearance: eye, tape, tree, stronghold, coral, flame, cloud, star or zebra agate and many more.