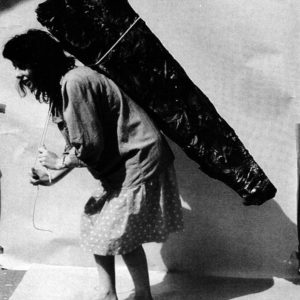 In 1959, Victor Papanek gave the third-year students in his creative engineering seminar at Ontario College of Art this problem: “Reexamine keyboard controls on a typewriter in relation to the human hand and fatigue factors. Design a new control board which need not necessarily incorporate the typewriter mechanism itself.”

Solutions ranged from a keyboard played like an accordion to a one-handed sticklike punch. Papanek would later use this project to illustrate the inherent dilemma of a successful teacher—to teach what can’t be taught—to ask students to arrive at a goal for which there is no precedent. 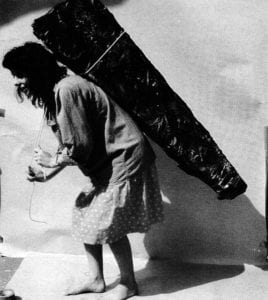 If teaching a creative discipline is frustrating for teachers, so is learning a creative discipline for students. The Oxford English Dictionary lists four definitions for study before it arrives at “application of the mind to the acquisition of learning.” The prior four involve an interest felt in something; a pursuit; a state of mental perplexity or anxious thought; deliberate effort directed to the accomplishment of a purpose. Combine all these and one perhaps comes close to the actual profile of a student. Many of us like to feel that we are eternal students, who, after completing organized education, are posing for ourselves those problems and assignments, investigations and pursuits that keep the mind active and the solutions unprecedented.

What then can we learn from the work of students still in formal academic programs? Don’t more mature practitioners come up with better, more viable objects? Another respected design teacher Jay Doblin, in reviewing the thesis of a top student at Illinois Institute of Technology, notes with pleasure that his student’s solution to a prolonged study of the classical cup form is tentative, in many ways radical, raising more problems than it solves. Why was he so enthusiastic about a student not reaching a practical solution, ending up with more questions than answers to the assignment?

Raymond Loewy once remarked that he would redesign a tractor for very little but that he would have to charge $100,000 to redesign a needle. Such classic objects as a cup, Doblin argues, that are seemingly impervious to change can be fruitful explorations for students, teaching them that the basic problem in design is human behavior.

Such was the basis, in fact, of Bruce Metcalf’s assignment for his student project (Metalsmith, Summer 86) when he proposed the seemingly simple problem of housewares. This problem, as Metcalf describes it, was “solved” by many of the entrants by “familiarity . . . received notions as to the limits of metalsmithing.” In choosing which work to show, however, Metcalf’s inclination was to avoid such clichés, rules and regulations, and instead to encourage and reward creative thinking and original insight, no matter how “successful” the finished piece.

Sharon Church’s project in this issue instigates new thinking about a similar centuries—old endeavor—body adornment in performance. As a teacher, Church has clearly been excited by the merger of the College of Performing Arts with Philadelphia College of Art, where she teaches. Through her assignment, she presses a questioning beyond the objects themselves to the larger study of the body’s psychological and emotional response, the obverse of the concept of jewelry as status or preciousness—jewelry as symbol and metaphor, an indicator of social behavior.

The dilemma of the student has been addressed in these pages before: Jamie Bennett recently took to task the premature commercialization of student work—questioning the kind of goals and values that teachers should set for students. At the Society of North American Goldsmiths’ conference last summer Michael Good deplored the fact that school general has oriented the student toward regurgitating answers rather than asking questions. As Papanek noted 30 years earlier, “. . . this mysterious latent quality ‘creative imagination’ exists in almost all children to a high degree up to the age of six. Only with the beginning of school are the last buckles on the straitjacket of conformity adjusted.’”

So, why do we want to see what students are doing? It’s like Alice following the White Rabbit down the hollow tree trunk. We hope that the untapped imagination—the unknown—has been confronted and that someone has struck the Red Queen of conformity with a flamingo croquet mallet.

All articles by this author
Previous Metalsmith ’87 Fall: Exhibition Reviews
Next Metalwork in Japan
Social media