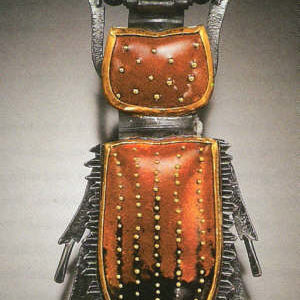 “Who. then, will dare say that there is nothing left for us but to copy the … Honeysuckle of the Greeks or the Acanthus of the Romans, that this alone can produce art?” [1]  The classics never go out of style.

Classicism as a design principle has come to mean simplicity, proportion, restraint, and symmetry, or admiration and imitation of these principles. it is often contrasted with romanticism, and connotes a kind of conservatism inherent in looking backward classical jewelry is usually made of gold, and based on Etruscan, Greek, and Roman designs or techniques.

Perhaps the greatest debt in Classical jewelry design is owed the Etruscans, native Italians living in the sixth to fifth centuries BCE in what is now Tuscany. By the third century Be,, they had been absorbed by the Roman Empire, which in turn disseminated a ‘universal Hellenistic Greek style.” [2] But the Golden Age of Greece was itself preceded by the great civilizations of the East, specifically, of the city state of Ur (Babylonia, now It ad) as far back as 3500 BCE. Cold hair ornaments in dons] motifs and gold chains with gemstone beads formed the basis of designs that migrated increasingly westward.

Direct reference to classical Greek and Roman design first surfaced 1000 years after the fall of the Roman Empire, during the European Renaissance especially in the return to Etruscan style gold granulation and then again in the eighteenth century following the discoveries of Pompeii and Herculaneum. Hence even the romanticism of Victorian jewelry has its roots in Classical design.

The following brief glance barely hints at the sizable subculture of goldsmithing still involved in reinterpreting Egyptian, Greek, and Roman designs, and teaching the methods of achieving them Classical goldsmithing refers to incorporating the techniques of antiquity: chasing and repousse, granulation, filigree lost wax casting, engraving, and stone carving. Themes range from Egyptian insects (reinterpreted in the age of Art Nouveau by Rene Lalique), to homage to Etruscan granulation: a Celtic torque from the first century BCE could have been made by twentieth century designer David Yurman. But the best work seeks not to recreate exact pieces from antiquity but to reference the classical techniques and design motifs. Tom Herman carves gemstones and builds stately, intimate breeches that look to Greek architecture as well as jewelry, while reinterpreting the Renaissance notion of creating the illusion of depth on a flat plane.

Modern practitioners enjoy the challenge of reproducing ancient masterpieces and/or updating them. often creating their own fuels, jigs, and forms as they imagine ancient smiths to have done. Goldsmiths Bikakis and Johns were both trained at Jewelry Arts Institute. Myron Bikakis first earned a doctorate in Classics and Archaeology, and Mark Johns has a background in literature Their eclectic approach is best characterized by a creamy 22k gold chain that is “a quadruple loop in loop, done throughout antiquity. [The] granulation is inspired by the Etruscans, but the pin clipping to the end of the chains [is] borrowed from Egyptian necklaces.”

Another duo, Mary Hughes and Caro Gray Bosca, use both ancient designs and ancient materials to create their gold jewelry. Their sources include Afghani coins (2000 BCE) and a pre Columbian bell (1500 BCE amidst a mixture of Old and New World references Unlike some narrative jewelers who use antique coins or objects of non-European origin for their formal or material properties Hughes and Bosca directly incorporate the original culture and reinterpret it, again, mostly in gold Notable is a Roman style necklace with gemstones and gold connections. They know, as goldsmiths have known for 5000 years, that high carat gold marries well with lapis lazuli, carnelian, and emeralds classic colors of classic stones.

Tiaras are adornments with limited and ritualized use nowadays, but even they have not entirely disappeared. Their floral and foliate forms must surely originate with garlanded maidens welcoming in the spring season. They date at least to dynastic Egypt and enjoyed a European renaissance during the nineteenth century. Lydia Gerbig Fast recalls the floral themes and beaten gold leaves of Egyptian diadems with vitreous enamel and pearls.

In light of postmodern sensitivity to the contributions of non Western cultures, it might be tempting to minimize our debt, in the words of Edgar Allan Poe, to “the glory that was Greece, and the grandeur that was Rome.” By no means all of the picture, they remain a large part of our notions of beauty and ornamentation.