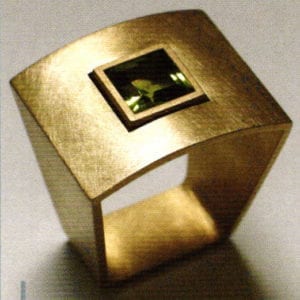 The name Barbara Schulte-Hengesbach stands for a concise concept that conveys a message without intricacy or ornament. The goldsmith, jewelry designer and gallery owner is well known for her consistent and intelligent jewelry. 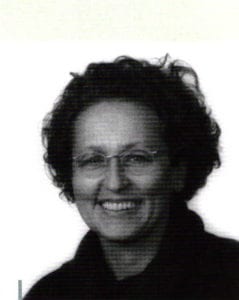 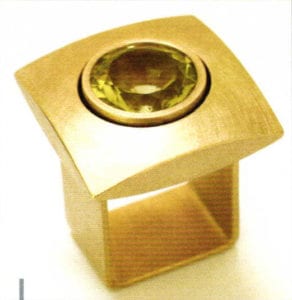 Barbara Schulte-Hengesbach moved into her first jewelry studio in Dusseldorf in 1975, where for almost twelve years she fashioned her jewelry. In 1987, she joined forces with the goldsmith Waltraut Reiss to found the jewelry gallery Pavé, before opening her current jewelry gallery in the Neubrückstrasse in Düsseldorf in 1993. 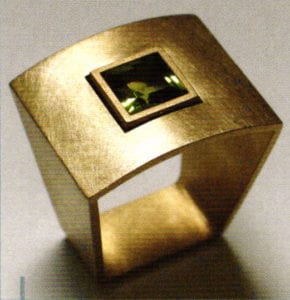 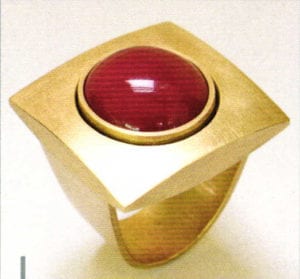 As early as during her studies at the Düsseldorf Polytechnic College under Dr. Friedrich Becker, Barbara Schulte-Hengesbach was fascinated by moving, kinetic jewelry Nonetheless, she left the topic alone and did not start producing jewelry in the style implemented by Becker some 30 years later, this time with her own contemporary language of forms. The period between her graduation in 1974 and the presentation of the kinetic ring collection in 2004 was a time in which Barbara Schulte-Hengesbach honed her craft. The jewelry that was created during these years is contoured by clear lines and is reminiscent in a formal sense of the language of classic modernism. The play on geometry and its elements characterizes the jewelry collection, which, in addition to the kinetic series, consists of pearl string clasps, rings, jewelry chains and bracelets. The interaction between round and square shapes with contoured forms signalizes her sense for the decorative moment, but still keeps a clear distance to the ornate. The clasps for pearl strings are now a trademark of Barbara Schulte-Hengesbach’s work. 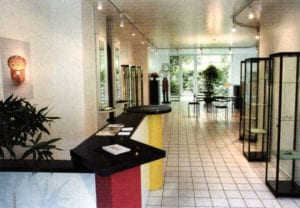 A view of the gallery 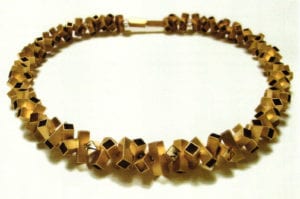 The quadratic forms merge to develop a new structure

The kinetic rings, which find their own rhythm through the movement of the hand, are reduced to the wearable ring band and the rotating object on the ring head. The jewelry by Barbara Schulte-Hengesbach comes alive with the play between form and metal. The warm yellow gold complements the purist form and is accentuated by the sparkle of a gemstone or the glow of coral. Barbara Schulte-Hengesbach has no intentions of making her jewelry unwearable. Her designs are always innovative and far from any convention. 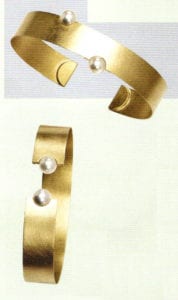 Clad in a very reserved and almost strict design, while yet remaining housed in generous and bright rooms, the gallery is an impressive element of the typical Old Town Düsseldorf look. In addition to her own work, Barbara Schulte-Hengesbach offers a large repertoire of selected design jewelry that is shown in temporary exhibitions. She presents national and international jewelry designers who have found their innovative language of forms and jewelry in individual exhibitions. They also mirror the concept of the gallery and the jewelry by Barbara Schulte-Hengesbach. www.schulte-hengesbach.de 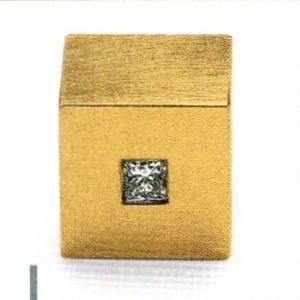 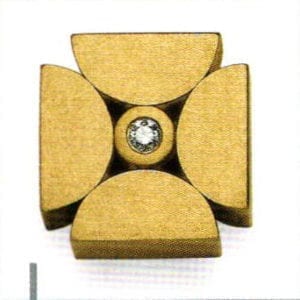 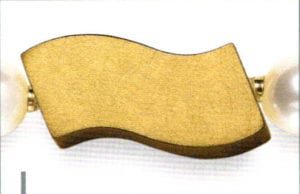 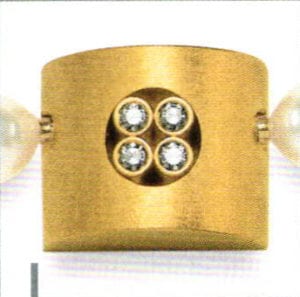 All articles by this author
Previous Dorothee Striffler: Queen of Quads
Next Andrzej Bielak: Goldsmithing in Poland
Social media