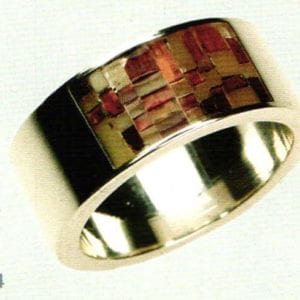 Amber: The Mysterious Gold of the North

A swirl of myths and sagas surround this clear stone, which burns, releasing a beguiling, aromatic scent. The interior of the stones often encloses wonderful inclusions, telling the tale of evolution, of the flora and fauna of eras long passed. In recent years, besides amber, scarcely any other gem has undergone such a rapturous renaissance, nor received such a radically new visage as the gold of the north. 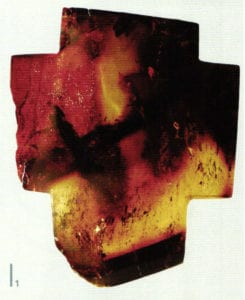 Much in the form of fly paper, 55 to 35 million years ago insects, spiders and beetles of the Tertiary period encountered an adhesive mass that spelled their end. In his Jurassic Park episodes, best selling author Michael Crichton developed the idea that tiny bloodsucking insects preserved in amber could contain dinosaur blood, with genetic technology consequently bringing the mighty beasts back to life. The books and the following films doubtless helped to draw attention to this unusual material.

Crichton was only one of many people to have examined the creation and origin of amber over the course of time. Numerous myths and legends surround its origins. The best known tale of its creation is drawn from Greek mythology Told by Euripides, it was passed on in turn by the Roman poets. According to the legend, Phaeton, son of the sun god Helios, proved unable to control the sun chariot that he had borrowed from his father. Struck by a lightning bolt from Zeus, he plunged into the river Eridanus. His sisters, the Heliades, shed tears for their brother, which were transformed into amber in black poplar. Even at that time it was already known that the stone was tree resin, although the focus was upon the wrong species.

For a long time, this explanation failed to be shared. In Europe, for instance, amber was “Ambra Alba” or “Ambra Grisia”, an excretion of the sperm whale. This provided the derivation for the English name, whereas the German “Bernstein” is derived from “Börn” = to burn. In the Middle Ages, Hildegard von Bingen and Konrad von Megenberg saw it as solidified juices of the earth, or lynx urine The Chinese believed that when a tiger died its soul penetrated the earth, where it became amber. The acceptance of tree resin as the point of origin did not become commonplace until the 18th century. 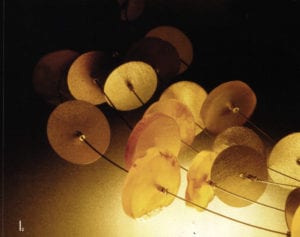 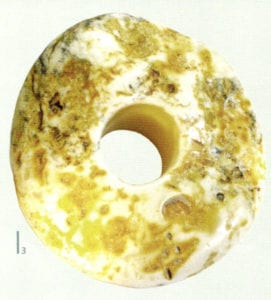 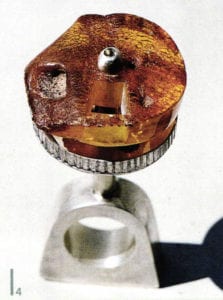 Three ancient amber roads, heading from north to south, show that trade must have been very lively over longer periods of time. A consequence of this trade was that the peoples of the north became aware of the cultural advances being made by their trading partners from Greece, Rome and the Orient. Their partners, in turn, valued amber even more highly than silver and gold in some eras. The processing of amber was highly developed, as early as the time immediately preceding and following the life of Christ. The soft material was capable of being polished without any real technical aid. In the German Reich of the Middle Ages, as well as in later centuries, outstanding artifacts were fashioned from amber for both religious and profane purposes. The famous Amber Room in the St Petersburg Czar’s palace is an indication of how well the craftsmen of the time mastered the art of fashioning the material. Since the 19th century, the working of amber for jewelry has had a primary importance.

The material is often treated in order to enable it to be used for jewelry purposes. The amber is most commonly heated. On the one hand, this gives it its clarity, on the other hand the typical cognac coloration and characteristic circular cracks, also called sun spangles. In the Middle Ages the image of the gem was heavily influenced by paternoster makers. These were turners who used amber primarily to make rosary beads. This was also the era of the “amber rule”, a ruling granting ownership of all amber supplies to the ruler of the country. This was not repealed in East Prussia until 1869. In the 16th and 17th centuries the aristocracy and gentry numbered amber, a non-mineral, petrified resin, amongst the gemstones.

Much in the manner of ivory turners, sculptors, engravers and carvers worked the material, creating objects such as beakers, goblets, jars and saucers; together with smaller items such as board games, figures, tokens, thimbles, toiletry articles and make-up and powder jars. When, by the Rococo period, it became increasingly accepted that amber was merely “fossilized resin”, the aristocracy and nobility began to lose interest. In their place, bridal chains increased in popularity amongst the peasantry. From the 19th century onwards, the processing of amber into jewelry became increasingly important. Following the Second World War, however amber was associated primarily with “Grandmother and souvenir jewelry”. 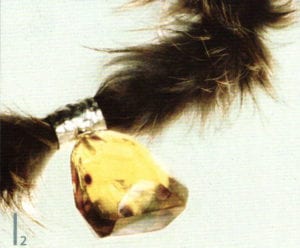 Necklace by Iwona Pawlowska with fur and amber 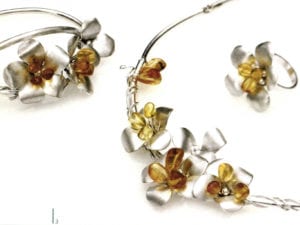 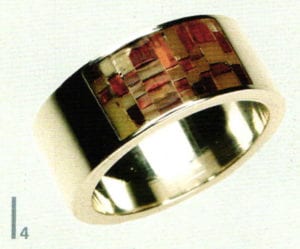 From the 1990s onwards, creative and dynamic jewelry designers rediscovered the material and drew it back from its relative obscurity. Today, modern jewelry design is well on the way to regaining the fascination, excitement and interest in amber that was lost with the simple scientific explanation of the material.

Amber deposits are not only limited to the Baltic zone. When the locations of finds around the globe are inspected on the map it is evident that all continents boast sources of fossilized resin, with the exception of Antarctica. There are sources and deposits of amber, for example, in Switzerland, France, Austria, Hungary, the Ukraine, Romania, Bulgaria, Italy, the former Soviet Union, the Lebanon, Jordan, Israel, Burma, Tibet, Indonesia, Japan, New Zealand, the Dominican Republic, Mexico and North and South America. However, the quantities are not always sufficient to justify their extraction.