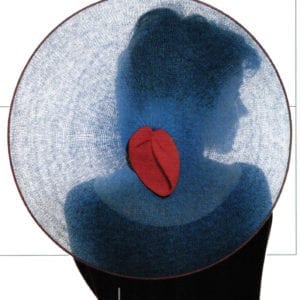 People have adorned their bodies all round the globe since the dawn of time. They drew on paints, scars, tattoos, precious metal piercing or other materials such as feather and bones. Jewelry designers use these worn symbols in order to push forward into new dimensions of design.

Paintings, tattoos and decorative scars are probably the oldest forms of body jewelry. This then progressed into piercing, implants and body art. Tattoos originated on the Polynesian Islands in the Pacific Ocean. The inhabitants of these outcrops used the images on their skin in order to demonstrate their social standing. The name they used for the body jewelry was “Tataou” – to jam wound. This should be taken literally The Polynesians literally jammed the dye violently underneath their skin using sharp objects or needles. James Cook, the sailor who circumnavigated the world, was impressed by this South Sea Art. On his travels in the 18th century, he acquired a tattoo himself, setting off a veritable craze of tattoos among the English aristocracy.

Enthusiasm for tattoos for a long time only found among peripheral groups such as sailors, members of the foreign legion, artists and traveling people – has risen sharply in recent years. As late as the eighties, images on the skin were seen as a symbol for punks, rockers and a culture of protest. Nowadays, however, tattoos are seen as part of the fashionable and erotic skin decoration for pop icons such as Prince or Madonna. Accordingly, almost every tenth German has a tattoo. A Marplan study revealed most of the people with a tattoo have above-average earnings. A decision in favor of this kind of body jewelry is also made easier for many men and women as there are now bio-tattoos that are only scratched lightly into the skin and then disappear by themselves in three to seven years. 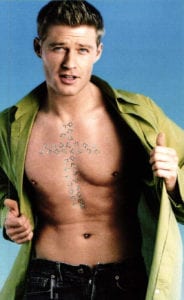 The first confirmed use of tattoos is much older than one would think. There is proof of their use in Africa and Asia from pre-Christian times. The first European with skin jewelry is “Ötzi”, who died 5,300 years ago, and whose remains were discovered in an Austrian glacier. Some tattoos are used for therapeutic purposes; in Samoa, they are used to treat rheumatism, for example. Scientists believe that this is also the reason behind “Ötzi’s” tattoos, as the images are applied to areas that are conspicuous for illnesses, such as the loins, knee and ankle, representing some form of Stone Age acupuncture. In Africa, tattoos are used as inoculation against illness and demons.

Young Toposa warrior from Southern Sudan with a painted clay hairpiece and a “Pharaoh’s beard”, applied to the real beard with colored woolen thread and burr. The man is being adorned to mark a celebration for his age group 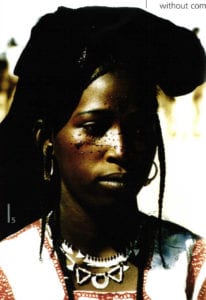 Scarification is the name given to cutting stars in the skin. The scars then form decorative patterns. Scarification was particularly widespread among people in Sudan. The main reason for their production is the following: special scar patterns, above all on the face and the belly, show the tribal group affiliation. As body jewelry, they fulfill the perception of beauty, and young girls are made into virgins of marriageable age, as they have proven that they can cope with pain without complaining.

The custom of painting the body has existed for just as long, if not for longer. It is an important part of the culture among American Indians. The artistic patterns provide information on standing and achievements. Each color has its own meaning. For example, red signals war and peril, while blue stands for defeat. 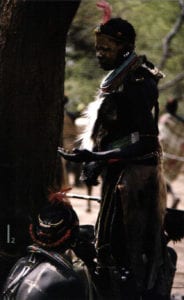 Two adults, married Toposa women from Southern Sudan, adorned with facial and body painting to mark the age group celebrations for their husbands

Modern use of body painting

The modern form of body painting has also developed to form a strong trend. People have their bodies painted frequently to draw attention to themselves at events. Stars such as Demi Moore have also had their bodies painted. But there is more than just optical stimulus behind body painting. According to Beat Frutiger, it can induce a trance and therefore promote relaxation. Even psychiatrists have long since discovered the therapeutic effects, as the process of painting removes distance and develops physical sensitivity. Dr. med. P. Schwer runs the art project “Unart” in a psychiatric practice for children and young people, in which the young people are painted by make up artists. 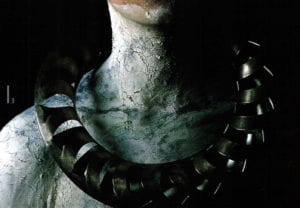 But paint is sometimes just not enough. The women in the African Mursi tribe, for example, believed that mouth plates were the very pinnacle of idealized beauty. Once the girls are of marriageable age, a hole is pierced in their lower lips and a wooden stake is driven through. Over time, increasingly large implants expand the soft skin, until finally a disc the size of a pizza fits in it. A woman’s attractiveness rises, the larger the plate. 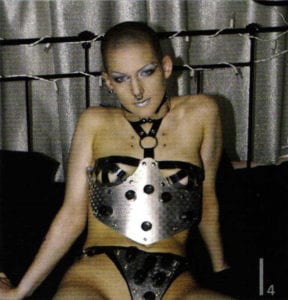 Women in the Padaung tribe in Thailand have a different appreciation of idealized beauty. They elongate their necks with up to 25 brass rings, which is why they are known as “giraffe neck women”. This form of jewelry is a serious health risk. The neck muscles weaken to the point that they can no longer support the head on their own. This is why it is increasingly rare to find young girls willing to wear this jewelry. 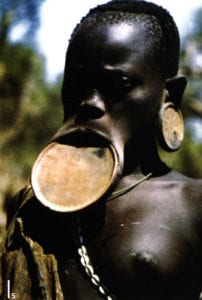 Navels, noses, nipples, eyebrows, tongues and teeth: the body can now be pierced everywhere. Over two million Germans wear one or more forms of piercing, and the numbers are rising. This topic has long since cast off its dubious reputation. The idea of designing jewelry that is so intensely connected to the body is an exciting challenge. Peter Skubic’s contribution to the topic “Visible – invisible” can be seen as a variation on piercing. In 1975, he had a piece of stainless steel inserted beneath the skin on his left forearm and then had it removed again in 1982. Embedded in a container on a ring, this “trophy” was preserved and remained invisible. 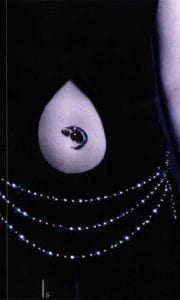 Within the framework of his project “Body culture”, Gerd Rothmann modeled noses, ears, mouths, fingers and navels in gold during the eighties: a second skin, a precise replication of the real thing, as an eternal snapshot of being. 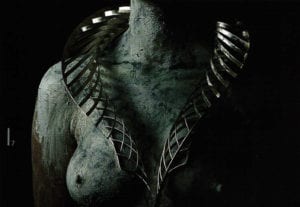 A trend in England, so-called branding, is nothing for the faint hearted. This tortuous, medieval punishment for thieves, prostitutes and confidence tricksters was adopted by the trend setters. Ornate branding patterns are a must-have for people in the scene. To do this, they allow their skin to be burned with a metal stamp at almost 1,000 degrees Celsius. Months later, they reveal artistic scars Interestingly, branding is less painful than it looks, as it only takes seconds for the hot iron to burn the nerve ends located below, leaving behind an “artwork” with no feelings. 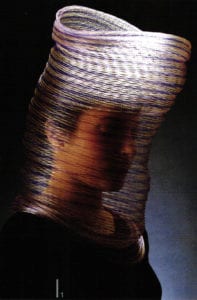 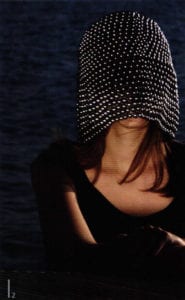 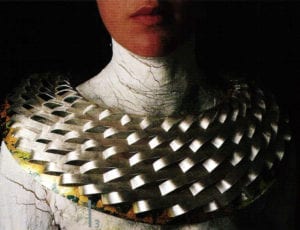 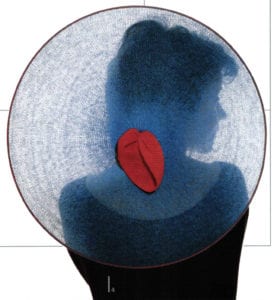 Jewelry as a performance

Jewelry designers draw on the old perception of using body jewelry as part of a performance and magical rites: the items are like the props in theaters, while the body is the stage. This jewelry is freed from the traditional rules of jewelry forms, sizes, materials or wearing styles. It polarizes and often quite consciously intends to provoke. In frequent cases, the creations are more akin to objects of decorative art. They clearly draw on the jewelry design, but are increasingly developing to resemble sculptures. Like in traditional body jewelry, they are far more than lust a decorative function, but are instead a testimony and can only develop their effects and message in connection with the person wearing them. In this way, points of view are clearly defined and, like on a theatrical stage, developed and rehearsed. This offers the opportunity for criticism, conformance and rejection. This recognition unites affiliation with a group or a caste and is used to convey new insight or a conviction. 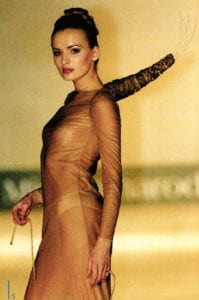 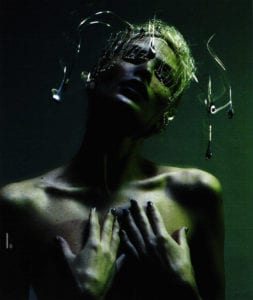 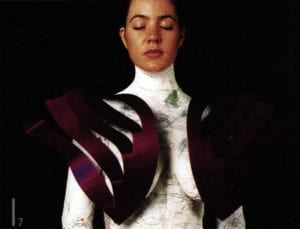 All articles by this author
Previous Eternity Keeps Longest
Next Hermann Junger: Goldsmith Art is with Global Charisma
Social media