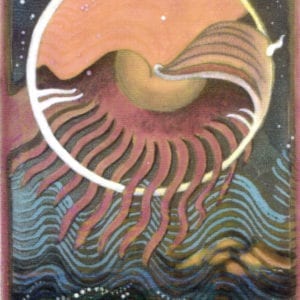 Jessica Calderwood after having stepped upon some magic toes in history gives renewed credential to the field of enameling in a current mode; the use of underglaze pencils. She discovered an incidental and performed a revival revelation that proceeds this article. It was a great refreshment to have her work appear with its direct simplicity. Whether she continues in this vain of expression is not the point. The elemental facts have not been lost. Look at her approach as a complement to the vocabulary of enameling. 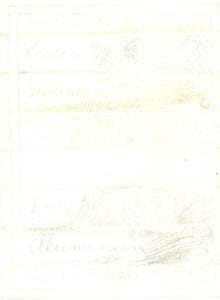 By invitation, Jessica’s Inview is preface to this article as a re-introduction of information to the field of enameling on metal in different hands. 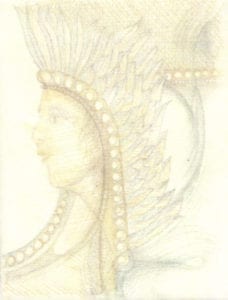 In 1974 while teaching at the State University College of New York at Buffalo, I received a National Endowment for the Arts Grant. Little did I, or they know that my proposal was naive. (The researching of non glass elements added to enamel). The fact that enamel was part of the larger field known as ceramics hadn’t occurred to me. 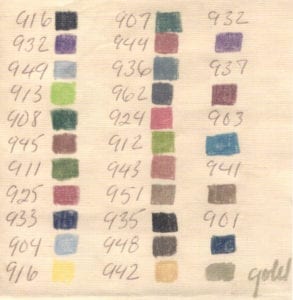 In 1977 Mr. Carpenter offered me a position in his company to promote lead free enamel. At the time my work had relative interest to a consumer market and I had to look out side of the university for relevant technical information. 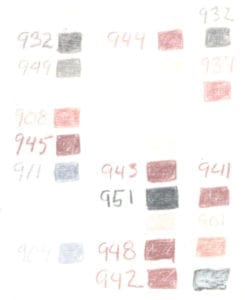 The grant opened my eyes to further research, opportunity knocked. Mr. Carpenter was a person who could answer my questions. If my questions were answered, then I would be able to answer the questions directed toward me and be qualified to teach, rather than parrot misinformation. 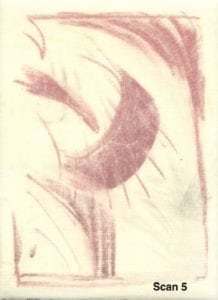 In 1982 Glass On Metal was formed, as a publication. The early years were great because important informational content was being published about fundamentals relating enameling to the science behind the art and craft form. In 1987, Mr. Carpenter established The Enamelist Society and held the first conference on enameling. My findings about ceramic pigments as colorants that could be incorporated into the process of enameling were part of a slide presentation. 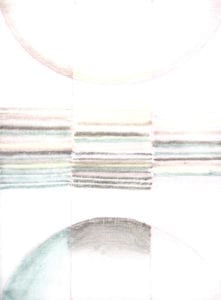 Everyday I learn something new or some item of importance becomes confirmed as fundamental. Ignorance, non-responsibility, should not be taken as granted when there is a whole lifetime line to explore. One must remember that before you or me, someone else was first whether he or she or you or I want to know it or not. 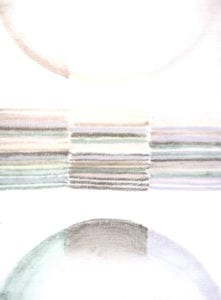 The following is presented as informational. I do not own it, nor do you. Let us not pretend any self-importance when it comes to that which is or at least should be common knowledge among those who enamel. 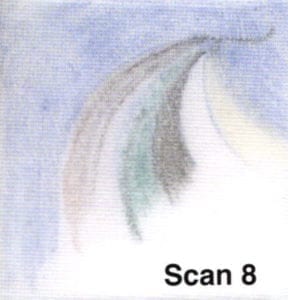 To start with a blank page, color is not purchased from the store. Pigments surround us and are never given a thought of being anything other than there. If unique enough for the moment, it is a cosmetic that would color a surface for attraction or importance. Scan 1, an elemental illustration of metal marks made on the surface of glass that had been abraded. That left behind, when subjected to heat, gave an evidence of color, unique to the metal. 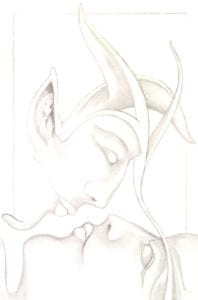 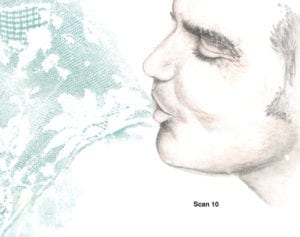 Scan 2, illustrates on opaque ivory enamel, the information of Scan 1, and fired as above. The metals used were fine silver for the yellow; copper for the green; and iron for the black. After firing, the piece was cover coated with clear and fired again. 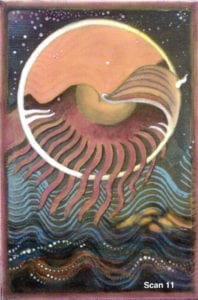 Prismacolor Pencils were used in the next example, Scan 3, on paper with corresponding pencil number. Scan 4, that same material on abraded glass (enamel) was fired as indicated above. Just how elemental can information be! 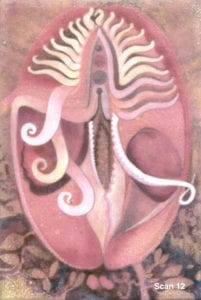 Prismacolor colored pencils marks were never meant to be subjected to heat. They are for drawing on paper and never the twain shall meet. The magic of the myth is to mislead one away from truth to a brand name, necessary for an exclusive use. Obviously the colors are not the same. Just consider it all new information. Some colors were fugitive and ran away from the heat. There is evidence for the addition of clay, because what remained is matted. The importance is what remained could be of use without having been sold a new tool. 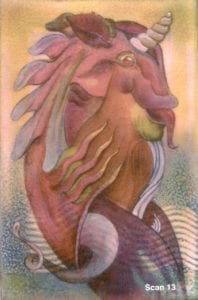 Scan 5, illustrates brown Conti-crayon on an abraded surface. Black Conti was also used knowing that it was a carbon black and would burn out, being an organic. The evidence is seen as dirty gray smudges.

Scan 6, American Art Clay Underglaze Pencils were use on an abraded surface of 1030 opaque white on copper. Area (A) was brown; (B) was yellow; (C) was rose; (D) was green, (E) was black; and (F) was blue. The red lay out lines were applied with a colored pencil that contained pigments that would not stain the glass. Portions were stubbed with a gray paper stub for blending. 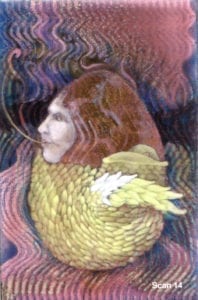 Scan 7, the object above was fired at 1450°F for 1-1/2 minutes. Note the results. Because underglaze pencils contain no glass the surface of the color was mat in the heavier application areas. It would also be mat due to the introduction of clay to the ceramic pigment for body and decreased concentration of the colorant. (Glass On Metal, Vol.3, No. 1, Feb, 84, pages 8-10, Underglaze Pencils.)

Scan 8, the materials used in scan 6 were applied, without any blending. Fired as above and then cover coated with 2008, 80/200 mesh and fired for 2 minutes at 1450°F. This illustrates the concentration of the blue underglaze pencil becomes darker, while the rest remain relatively unchanged. Prior to this example all scans have been on 3 x 4 inch samples. This scan is 1-½ by 1-1/2 inches.

Scan 9, illustrates the use of a black ceramic underglaze pencil on an abraded surface of an opaque white enamel. The under glaze pencil work was stubbed with a paper gray pastel stub before firing for gradation. It was then cover coated with transparent light chartreuse enamel and fired. The example is 4 x 6 inches.

Scan 10, illustrates underglaze pencil work unblended and/or stubbed. The size is 10 x 10 inches. The underglaze areas were fired, then transparent enamel on the left was sifted and fired. There was no cover coat to the right hand side containing the underglaze work. The left hand side was also fumed with stannous chloride for iridescence, which does not appear in the scan.

Scan 11, illustrates a complex of enameling techniques. The lay out of the composition was with underglaze pencils followed with transparent overlays and lastly opaque white.

Scan 12, illustrates the textural elements under the transparent overlays of enamel. The same is true for Scan 13, but the underglaze pencil work is more evident for integrated color and visual texture.

Scan 14, illustrates that all use of the underglaze pencil has been obliterated. The point being that underglaze and underglaze pencils are just part of the enameling alphabet, that has been omitted by a rush to judgment. How could something so common have any importance?

This has been part one and two, part three and four will continue in the next issue of Glass On Metal where underglaze pencils will be used on the wet out, technique, then capped with a re-introduction of Martha Banyas on her return to enameling.