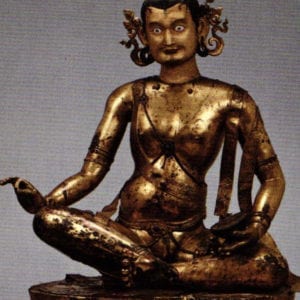 In the middle of March, the spiritual leader of the Tibetans, the Dalai Lama, described the Chinese response to the revolt by students and monks in his homeland as “cultural genocide.” This drew the attention of the whole world to the very particular and for us largely undiscovered culture of the country annexed by the People’s Republic of China. The exhibition, prepared for four years, initially shown in Essen and now in Berlin until May 28, offers insight into the country’s monastic treasures. 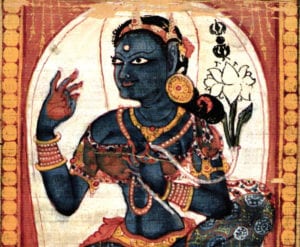 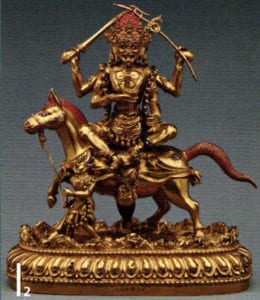 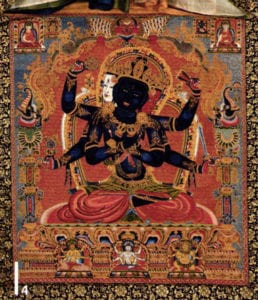 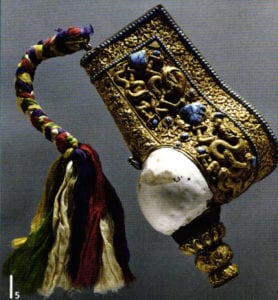 Many of the up to 1,500 year-old religious artworks had never before left the country’s temples. They come from the important central Tibetan temples Sakya, Tashi Lhympo, Gyantse Palkhor, Shoede Mindroe Ling and Shalu. In addition, works from the residences of the Dalai Lama in the Tibet Museum in Lhasa traveled to Europe. These included the fairly unimposing, but wonderfully preserved, oldest Buddha statue from the year 473 AD. In the emerging period, a Chinese princess is reputed to have taken it to the Himalayas from China. It was not until two centuries later that Buddhism permanently established itself in Tibet, replacing the traditional Bon religion.

Another depiction from the world of Tibetan religion is provided by the “Deity of Immeasurable Compassion” in the form of the thousand-armed Avalokitishvara, of whom the Dalai Lama is the reincarnation.

The ten almost life-sized sculptures with portraits of religious teachers of the Sakia School from the early 16th century are fascinating in their vivacity and perfection. Bundled wisdom, that stands for the meditation system of the “Lamdre”, which is intended to instruct a pupil into the path to illumination in just one lifetime. In Tibetan Buddhism also, entrance into Nirvana is the highest goal.

The fire gilded figures, the rolled pictures, manuscripts, illustrations that coney interesting insight into the perception of jewelry in the country, but also the gem encrusted altar implements, the precious shrines and again and again in the Bodhisattvass, teachers, protective goddesses and heavenly travelers allow us to experience the whole stylistic wealth of Tibetan culture. Works that were created between the 5th and the 20th centuries and draw on most varied influences from India, Nepal, Burma, Kashmir or China. These are no works according to western perception; far more substance of Tibetan identity. Mostly created by anonymous artists, they remain to this day revered by clerics and population in the monasteries. At the same time, they were the cultural foundation of a people that despite much repression has remained self-confident. 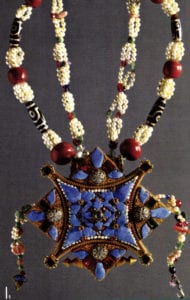 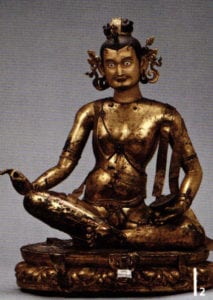 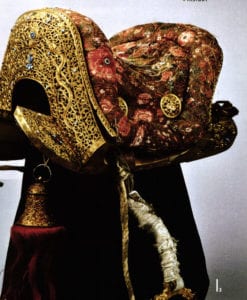 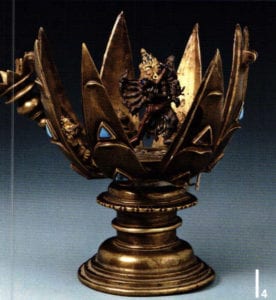 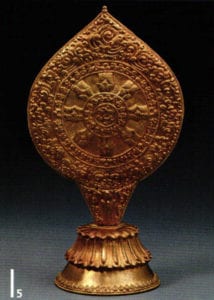 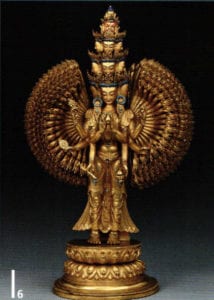 Modern industrial nations are barely able to perceive how little for these reasons culture and political reality can be separated at the foot of the Himalayas. After annexation and the exile of the spiritual leader and during Mao’s cultural revolution, a large proportion of the monasteries and temples were plundered and destroyed. Around 1.2 million Tibetans were sent to their deaths, 90 % of the nuns and monks were unable to practice their religion. A certain liberalization did not set in until after the end of the Mao era in 1976. It is therefore all the more important to promote a process of preserving the cultural legacy by presenting the Tibetan artistic treasures that still remain. It must have been this thought that prompted the abbots in the monasteries to open their treasure chambers for the first time. Although the western idea of autonomous art is entirely foreign to them, they saw in revealing the monastic treasures the opportunity to interest broad swathes of the general public for the Tibeta situation; this is the conviction of Professor Yeong-Hee Lee-Kalisch from the East Asia Faculty in the Art History Institute at the Free University of Berlin, who is looking after the artworks during their tour around Europe.