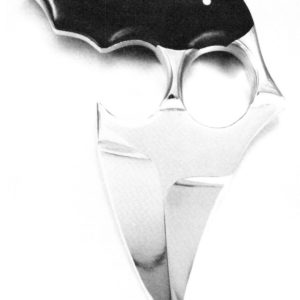 When Theo Janson and Vanessa Compton moved into the winding basement studio space on Toronto’s Markham Street in May 1978, they were not thinking that a short four years would find them moving again to a larger windowed storefront, that they, and the others who were to join them, could both produce and sell their work in a city that was not yet prepared for contemporary, unusual jewelry. Not that it has been easy, but at a time when many small businesses simply cannot stay alive, survival is its own form of success, and Studio Jewellers has survived.

In 1978, however, they were thinking only that they were ready to leave the Harbourfront complex, a tourist-oriented area where they had both been residents in the metal studio and where the public streamed through to watch and ask questions. The opportunity of a new space came up fast, through one of the other gallery owners on Markham Street. Through the sponsorship of the man who owns the particular stretch of the street, renamed Mirvish Village, the rents for artists were very low and the street was mainly populated by galleries, studios and related bookstores. Although they moved into the space in May, it took six months to decide how to gather equipment and set up the studio and gallery areas to best accommodate lighting and display cases. Compton moved to the country, thereby limiting her participation, and Monica Harhay was asked to join them, before Studio Jewellers officially opened its doors in December.

A banner and a sandwich board on the sidewalk announce the store’s side entrance. They designed the space with both display cases and workbenches in the front room. Storage and bookshelves are in a hallway, and the back room, the “magic room,” is reserved for soldering, sanding and buffing. The workbenches are situated in such a way that the jewelers can be working while customers are looking at the pieces on display. It has proved helpful for people to see something of the process of creating, which has also boosted their custom orders. The obvious difficulty is the constant interruption, but over the years they have learned to reserve difficult work for times when the store is not open and to get up only when a customer really needs assistance. “Polite, but definitely not aggressive” has proved the most practical attitude.

In an article for Craftsman magazine, Janson and Harhay talked about their early attitudes toward retailing: “When we opened we stocked the showroom with about 50 one-of-a-kind and production pieces, mainly in silver. We expected that if we had a reasonable location with affordable overhead and tasteful presentation, the rest would take care of itself. The responsibilities for running the shop were to be split between the three of us in order to minimize our time away from the bench. We decided not to hire sales help or to do any advertising.

Looking back, we were entranced by the mystique of ‘owning your own shop.’ Our sales increased, but not at a rate we had hoped for, and it seemed that ‘mystique’ wouldn’t cash at the bank. We learned fast that a casual approach results in casual returns. We learned that we didn’t eliminate the middleman and keep all the profits. We became the middleman, and that costs in both time and money. Having had our lessons, none of us now begrudge a retailer one nickel of the money realized from selling our work.” 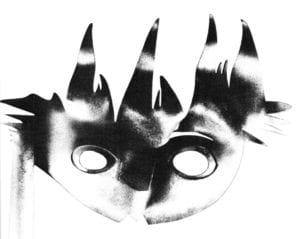 Janson and Harhay are financial partners now, but in the beginning they had taken out a small loan to open the store, and it was paid back in a year by all three. Rent is shared, as are major tools and general supplies, but hand tools and materials are individual purchases. Compton still shows her work at Studio Jewellers, but works in her own country studio. They now also show the work of Mimi Shulman, Shelly Fowler, Sandra Noble Goss and Andrew Goss. Last year Sherry Otterway joined the studio after a brief stint at Harbourfront. New jewelers are asked to join on a six-month trial basis, and they pay an extra $15 per month to cover the costs of boxes and other shared items. They consult often on what to show, prices and display ideas.

The shop takes 20 percent for selling a piece of someone else’s five percent if you work at the studio; and 15 percent if you have worked there but have since moved your studio space. A good percentage of the customers want specially commissioned pieces, either by knowing a particular jeweler’s work or by just coming into the store with an idea. In that case, the job goes to whoever does the most appropriate work, or, if it is a task anyone can do, to whomever is least busy. Profit is an individual matter and varies a good deal. But because rents are low, it has not been too hard to stay in business, and most times they do better than that. A definite goal, however, remains to be less concerned with next month’s income.

The four women not only all rented studio space at the Harbourfront at one time, but they also studied at Sheridan College School of Arts and Design. Janson, originally from New Jersey, also took workshops at Penland and Peter’s Valley, and graduated with a degree in Fine Arts from the University of Florida. She apprenticed with metalsmith Frank X. Phillips in Toronto, famed for his hand-engraving, before branching out on her own. She has shown her work steadily since 1973, and it has received not only accolades but also awards, such as the “Best in Silver” from the first annual Harbourfront Craft Fair in 1980. She received a grant to travel as a delegate from the Ontario Crafts Council to the 1978 World Crafts Council Conference in Kyoto, Japan, and her jewelry is represented in the Artisan ’78 Chalmers Collection and the Massey Collection.

Theo Janson’s work delights both the eye and the imagination. She is not afraid to be bold or show humor in her pieces. The best known work combines antique and ethnic beads with silver pieces of her own design. More universal are the brooches that incorporate fantasy figures, stars, smiles and clouds. They dance and tease. Masks, made in brass and copper, are a more recent dimension. Meant more to be displayed pieces, they begin with cut paper images so the resulting metal form is never overworked or one-dimensional. Her next challenge will be returning to a material that has always intrigued her—enamel—particularly for its potential as a three-dimensional medium.

Monica Harhay, from Toronto, spent two years in Ryerson Polytechnical Institute’s Interior Design program before completing the metals program at Sheridan. She also took workshops at Humber College. In addition to her studio work, she has taught both beginning and advanced jewelry making at Seneca College of Applied Arts and Technology since 1975. She has also been active in the Ontario Metal Arts Guild, serving in a variety of ways including Show Chairman for the 1978 Annual Juried Exhibition. Her work has been widely shown in Ontario, and is also included in the Massey Collection.

Harhay’s work is cool, structured, technically immaculate. She concedes to the influence of her architect husband, but stronger ones perhaps are the texture, color and intricacies of fabrication. Brass, gold in all its different colors and silver are woven in flat panels that are used as such in cuffs or neckpieces. It is the unexpected change of metal that can occur in a piece that she feels is interesting for the wearer, where, for example, a sliver of brass shines between two layers of silver on the edge of a pendant. Her pieces give the pleasure of being perfectly crafted statements, strong and elemental.

Vanessa Compton was born in Montreal, and studied there at Sir George William’s University before moving to Toronto to study at Sheridan. She also took workshops at the Nova Scotia College of Art and Design, Mohawk College and at Peter’s Valley. She currently has her own studio in Jarvis, Ontario. In addition to numerous shows and awards, she was commissioned by the Royal Ontario Museum to design jewelry based on objects in their collection, as well as for a variety of special occasions. The Massey Collection also includes her work.

Vanessa Compton’s imagery is as fascinating as her techniques. One first notices the small groupings of tiny animals, cast miniature sculptures in silver or bronze, that are based both in reality and in mythology. A tiny baby holy goat or a larger figure of a satyr are friendly, entrancing creatures. They are directly and honestly carved with a heated pick and a bit of hard wax, the result being akin to an artist’s spontaneous sketch with all its life and charm still present. The jewelry is more polished—rings that depict ocean waves, twining leaves or fluid animal shapes, for example—but no less personal or remarkable.

Sherry Otterway, who worked at Studio Jewelers for most of last year, was born in England and studied at the Inchbalds School of Design before following her family to Canada and studying at Sheridan. She also studied knifemaking with Adam Smith, and this year one of her knives won “Best in Show” at the annual Metal Arts Guild juried show. In 1980, she was one of three jewelers to show work at the Ontario Crafts Council Gallery in an exhibit entitled “Metalmorphics.”

Otterway’s interest in metal is two-fold. Best known so far have been her neckpieces and pins incorporating animal bones and skulls and erotic imagery. The pieces are provocative, but they are not without charm and whimsy. A stylized ant’s head, for example, has antennae that wrap around the neck of the wearer; a pin incorporates the beak of a squid, enlarged and carved from epoxy, in its imagery. The second interest is in knives, both as personal weapons and as beautiful, organic, forms. Handles are cherry or tulipwood, and blades are steel. There is little additional decoration to compete with the flowing shapes of the knives themselves, almost impossible not to touch or hold.

With the move to a new windowed storefront, Studio Jewellers also hopes to make changes in the format of their operations. For the first time, for example, they will hold more formal exhibitions, and this will presumably include openings, more press coverage and increased sales. They plan to be in closer contact with the fashion industry as a way of heightening visibility, and are thinking in larger terms about publicity, with a public relations packet in the works. But even more than the important practical matters, all the jewelers involved with the move and the new shop have been given reason to create new work.