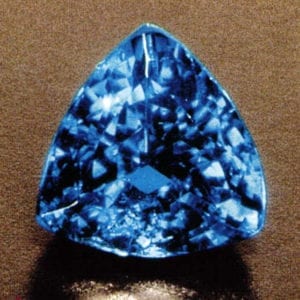 Power and Magic of Babylonian Gemstones

When the Babylonians observed the passage of the heavenly bodies across the firmament many thousands of years ago and believed that they had discovered the secrets of their effects on the fate of human beings, this also marked the dawning age in which gemstones were seen as bringers and guarantors of health and happiness. Their unusual colors and their scarcity certainly contributed to the fact that magic powers were attributed to gemstones in various, independent cultures as humanity emerged. 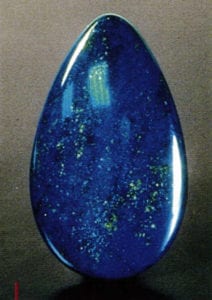 Superstition? There is no doubt that the enlightenment of science has stripped gemstones of some veils of mystery. However, many things relating to the jewels from the depths of the earth have remained as flummoxing as ever. This has lent them additional fascination and value as jewelry stones until the present day. Even modern science is attempting to unravel the mystery. 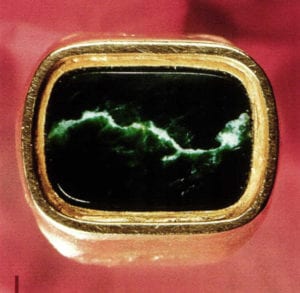 Bio-physical, physiological and parapsychological research no longer excludes the possibility that gemstones may take effect on people and on their bodies and souls. But myths are characterized by the fact that they can never be completely debunked or unraveled. So, like so many other mysteries in our lives, what remains is a belief in positive characteristics. Perhaps gemstones are among those things that trigger a force in human consciousness. That would be a pretty potent healing force. 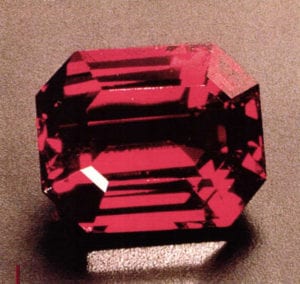 Revered personalities from bygone centuries such as Theophrastus (370-287 BC) and Plinius (23-79 AD) described the healing effects of gemstones, for example. In ancient Oriental culture, the Chaldeans believed gemstones were living beings, grown on the inside of the earth. Integrated in an image of a god or an animal, they became magic stones. 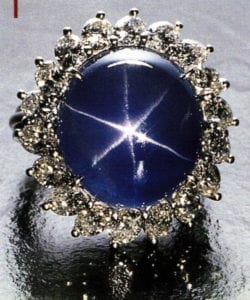 The Egyptians believed that the earth rests on a lapis lazuli, which lends the heavens their blue color every day. Therefore, the stone was seen by the pharaohs and the Scarabaeans as a guarantor of immortality. People in India were convinced that the divine powers matched seven cosmic rays that are manifest in the rainbow. They considered the gemstones with their corresponding colors to have powers to condensate these forces that could be used in a targeted manner in order to heal symptoms that cause certain illnesses. In addition to obsidian, jade played a very significant role among the Aztecs in Mexico. It was attributed to the rain god Ilaloi, who held dominion over life and death and over fruitfulness and drought. The stone was given its name by the Spanish invaders. Due to its form, they believed that it could heal kidney stones and named it “Peidras de I yadas” (side stones). 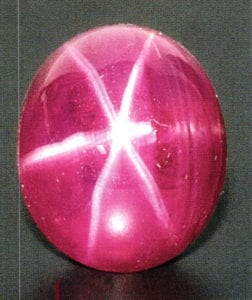 China also developed a veritable jade culture. The mineral embodies the purity and immortality, which was even more important for the Chinese. This perception has an unbroken tradition in China until the present day. Wang Jingyi, for example, produces very special brassieres. Their special trick: The specially developed, active-breathing material includes small magnets and button-sized jade stones sewed into the material. They are intended to get the body’s own energy pulsating. The Chinese are enraptured and believe that the underclothing is an effective remedy against circulatory disorders, menstrual complaints and impotence. 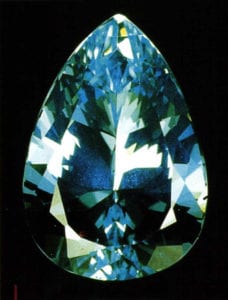 Ancient European cultures strengthened the belief in the interaction between cosmic radiation, gemstones and human beings. If a man or a woman wears a stone that suits them due to the planet to which they are attributed, the stones bundles this energy like a lens and releases positive forces. The superstition says that precisely the opposite takes place if the “wrong” stone is worn. 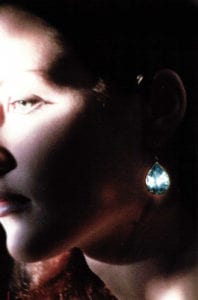 In battle, crusaders wore a ruby, the stone of passion, in order to harness good fortune. Whoever absorbs the fiery red of this stone will most certainly believe in the passionate feelings it conjures up. People in medieval times were in no doubt whatsoever that the powers of jewelry stones are manifest in their form and color. 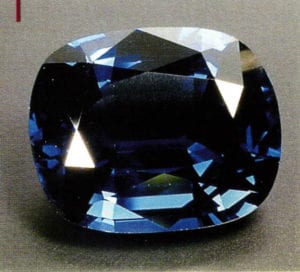 Sapphires were seen as an effective means of protecting against haste, as their mild, blue glow had pacifying effects. Even today, blue is seen as being a peaceful color. According to old legends, sapphires can also cast out inner heat and tormenting sweats. Belief in the coolness of blue is most certainly a contributing factor here as well. Conversely, emeralds were seen as a means of thwarting fear; they were reputed to protect against eye illnesses and the evil eye. The color green is the key to this perception. Nowadays, doctors’ and dentists’ waiting rooms are frequently painted in this peaceful color. Green is pleasing to the eye. Accordingly, vision aids in the Middle Ages were made of stones in the beryl group, to which emerald also belongs. The German word for spectacles, “Brille”, is derived from this. 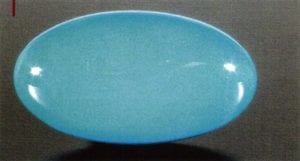 Deep-blue Ceylon sapphires are said to only preserve their lush color if they are worn by someone who is faithful in love. Sapphire is also reputed to have other pleasant effects: For example, it sharpens wisdom and love and protects its owner against envy and illness – including digestive illnesses. Turquoise is said to have almost unfathomable powers. Its change in color is said to warn against upcoming illness. Interestingly, the change in color is due to the porous nature of the stone. Accordingly, substances such as grease or acids from the skin can easily penetrate from the outside and change the color. 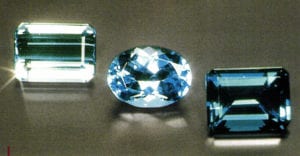 Astonishing characteristics are attributed to the aforementioned rubies. There are reports that the ruby ring worn by Peter the Great gave him mystifying and mysterious powers. People believed that a ruby will darken when the person wearing it is in danger. 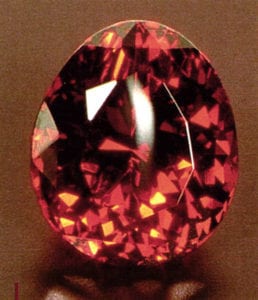 Aquamarine has been seen as a lover’s stone and amulet for happy marriages since the dawn of time. It is therefore seen as a fitting wedding present. The “colored like seawater” – as the name translates – is reputed to transform hotheaded people into mild and meek compatriots. It is also useful to protect against throat, tooth or jaw diseases. 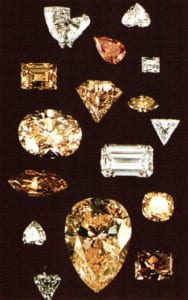 Topaz is good for people seeking career advancement. Particularly valuable stones are clear, colorless and entirely transparent. They are said to calm the nerves and to lend the power of logical thought. They can also be an effective protective shield against envy and disfavor. 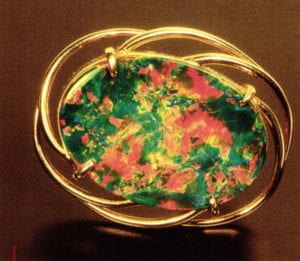 The blood-red garnet was used as a magic power to protect against all kinds of inflammatory illnesses during the Middle Ages. It was also seen as a talisman to ward off faintness of heart or melancholy. Some women were completely enamored with the stone, as it was reputed to help widows find a second husband. Doctors used to draw on onyx to heal inflamed eyes and also spread it in a powder form on to puss-filled wounds. People also believed that it strengthened hearing and vision. In Ancient China, onyx was revered so highly that it was seen as the only stone worthy to carry the Emperor’s private seal. All other subjects were forbidden from using the stone on pain of death. 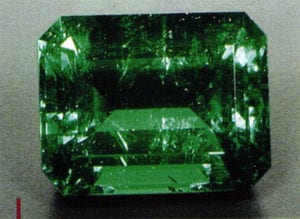 Bishops wear amethyst in their rings as a symbol of purity of the soul. They may also prefer it as it is reputed to dampen sensual lust. Insight in modern medicine indicates that amethyst has a calming effect. There are reports that if it is stroked gently against the forehead in the case of acute neuralgia or similar nervous complaints, the symptoms will improve. 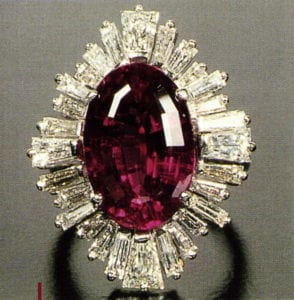 Egyptians attributed coral to the goddess Isis. Romans believed it came from Venus. From ancient times, women have worn coral amulets in order to protect against misfortune and infertility. Coral amulets protect pregnant women and children in particular. 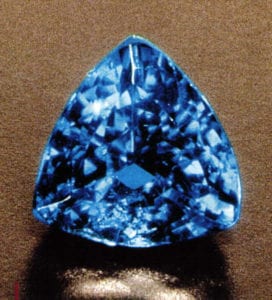 Opal was always synonymous with faithfulness and hope. The only place where the stone did not have quite such a positive reputation was in countries where Romanic languages were spoken. This is most certainly due to the fact that the stone is relatively brittle and can shatter if there are sudden temperature changes or sharp impact. 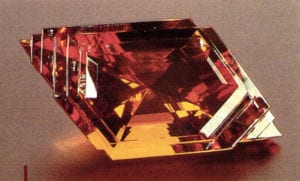 Even Ancient Greeks knew that diamonds, which they named Adamas (the invincible), are the most powerful of all gemstones in the fight against evil. People wearing diamonds appeared more difficult to vanquish. In addition, this sparkling jack of all trades protects against fear, wile, lies, deceit, rage, drunkenness and madness. They can also help women protect their partner’s attraction and can also lend men a more modest demeanor.

Pearls are the perfect symbols of purity, innocence and love. The Chinese imbibed crushed pearls when they were lovesick. People should not be frightened away from owning pearls by the occasional recurrence of the claim that these maritime jewels symbolize tears. Napoleon once interpreted the sentence as follows: “They most certainly do, Madame, at least for those women who do not possess any!”

Even the Christian church used the stones in order to ward off pagan magic. For example, the emerald was made the stone of the Holy Spirit, as it illuminates people according to Christian faith. The amethyst became the symbol for the Holy Mass and was often used as a sparkling, solitary stone on Mass goblets.

The latest variation in our times is the high-vaulted thesis according to certain scientists that ground gemstones enhance the effects of lotions and crèmes. Gemstones have been used for a long time in eye shadow, makeup and powder as little tricks. Micro-fine, ground particles of turquoise or opal ensure that small unevenness is less visible due to the reflection of light. The skin appears smoother and more even than it in actual fact is.

Tourmaline and malachite are said to protect the outermost layer of skin against the penetration of bacteria and also to speed up the production of collagen and elastin fibers. Gemstones have also been used traditionally in dermatology, as it has anti-inflammatory effects and is a perfect carrier medium for active medical agents. This is at least the opinion of the dermatologist Dr. Hans-Peter Schoppelrey from Munich. Cosmetic firms tend to explain the effects on the basis of the energy inherent to gemstones, which one must imagine to be an interaction of color, light and oscillation that can develop its positive effects in cosmetic products also. When ground to form tiny particles, for example, diamonds are perfect for extremely gentle exfoliation, says Dr. George Cloca. He claims that the structure of the skin is improved, blood circulation is better and that small pigment stains and tiny wrinkles have disappeared after micro-exfoliation with diamond. Copper, found for example in green malachite, is important in numerous metabolic processes that are important for our appearance.

The cosmetics industry also hopes to keep the skin looking young using pearl extracts. In addition to important amino acids, pearls contain mineral substances that are seen as significant building blocks for the skin. Fine pearl dust is said to speed up the body’s own production of collagen, which provides cushioning from the inside for wrinkles. Is it all just delusion? After all, science is familiar with the effects of placebos. But whatever it is, the attraction of becoming acquainted with and discovering age-old and often long forgotten practices is what exerts the pull.

All articles by this author
Previous Pforzheim University: Reflecting Reality and Creating an Identity
Next Hans Jaenisch: Jewelry Shows its Colors
Social media