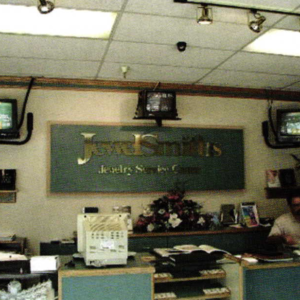 The Power of CAD Selling

As they say in the theological world, “necessity is the mother of invention” is just about how CAD or computer aided designing and I came together. I had several small jewelry repair service shops that were just getting by. Although I thought that I was pretty successful because of the number of shops under my belt, I was still struggling to pay the bills.

About the time that I realized I was either going to get out of the business or find another way to do business, I went to Las Vegas for the jewelry convention. I decided to give it one more try and see if I could find something that would enlighten and motivate me – and boy did I find it. 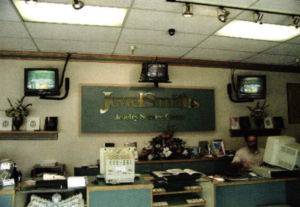 The Power of CAD Selling

I traveled to Las Vegas and started going through all of the booths one by one, stopping at the ones that directly related to my business. There weren’t very many that connected, but when I browsed through the miles and miles of jewelry product sameness I spotted something that made perfect sense: jewelry designing by computer, what a brainstorm!

While always in front of me, it had never hit me on the head that I could sell design services with a computer. I always sold custom design with pen, paper and a creative mind so “what was so different with a computer”. I strode up to the GemVision booth with great excitement and was sold that minute on implementing this technology into my business. My wife was not thrilled with the purchase but as always she was there for support and knew how much I needed a change in my life.

At the time I purchased two Gem Vision’s Digital Goldsmith 2d designing programs based on their statement of what the program could do. “Digital Goldsmith 2D Jewelry Design Software – Enhances communication between jeweler and customerby making it easy to perform custom design and remounts and allows your inventory to be expanded, interchanged and made more flexible right from your computer”. That was enough for me to put down the required deposit.

After getting settled with the programs and training, I embarked on changing my stores to highlight Digital Goldsmith (DG) right in front of my customer. I set up a CAD sit-down area, overhead TV monitors that were connected to the designing computer and displayed colorful graphics that described what computer designing was all about. Within the first six months customers flocked to my new technology and my business increased by an amazing 66%!

Since I did not have physical inventory to sell because I was primarily offering repair services, CAD allowed me to communicate ideas on to a better canvas. Instead of doing pencil drawings or trying to describe the design, which can lead to lots of miscommunication and frustration, I told the designing story through the power of computer designing. I sold better repair and better design because I could either bring up an inventory or camera scan in a customer’s item, show pieces set with different gemstones, match wedding shadow bands or even set the stones into the metal to give my customer a finished look. My repair services became the driver for my custom designing. Customers came in for repair and I would suggestively sell an enhanced repair, a redesign, or a completely new design.

Selling jewelry doesn’t have to be limited to presenting wares out of a jewelry counter. The new opportunity in selling to your customer is in communicating your ideas in a creative, colorful and emotional way. Customization and creativity will take precedence over physical selling. 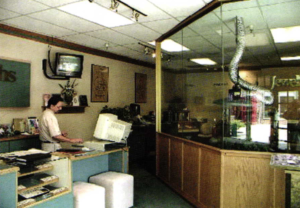 All things as we know it have a starting point and most arecreated through concepts and ideas. Selling with computersis the vehicle that turns youand your customer’s ideas into reality. You can’t put a pricetag on that and it can never be shopped, negotiated, or copied by another because it comes from your ideas. The computer is the only way that jewelers can create with abandon because he or she can make mistakes without having to think about the outcome. If the design isn’t working then it can be easily deleted, erased and done over or altered.

The starting point for me was over six years ago when I fully embraced CAD. Now I have gone further and implemented 3d computer designing (creating 3d models that can be rendered life like and used to produce wax models for casting) with my 2d cut and paste programs. To this day I don’t have a physical inventory and still do quite well repairing and creating out of my three small studios. When people ask me how I sell with nothing physical in my and, I tell them that I have all the inventory I will ever need, it’s all in my head waiting to be released on to my workable canvas.

Greg Stopka is a second generation jeweler, starting at the earliest age of eight years old, when his father would bring him into the store that he managed. Greg worked with his father part time until he went on to college and for a short time worked in the field of sports management until his father had become ill and asked if he would be interested in taking over a store his father acquired.