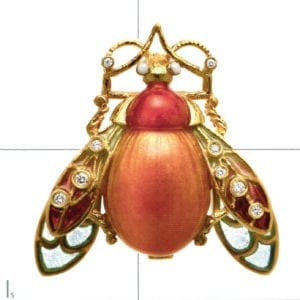 Opinions are divided when it comes to beetles: while some people flee as soon as one of these six-legged creatures appears, others cannot hide their enthusiasm for their many varied shapes and colors. Danish photographer Poul Beckmann belongs to the latter category and has now produced his second volume of impressive photographs featuring these fascinating ‘living jewels’. 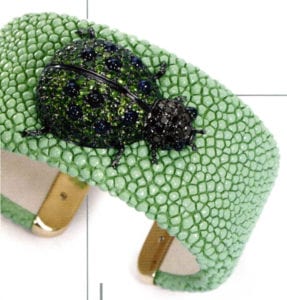 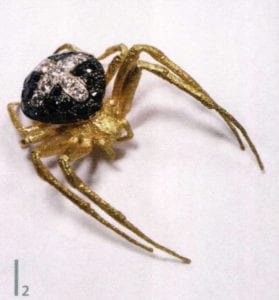 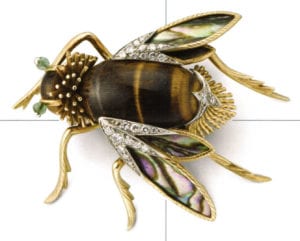 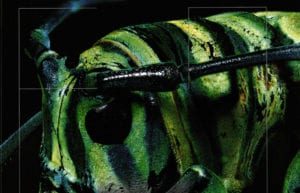 Beetles are the real winners in the evolutionary process. They have even managed to conquer the most hostile areas of the world – glaciers, deserts and  the tropics – and have evolved worldwide to form a gigantic army of more than 350,000 species. Nevertheless, the flecked Pterochaos nebulosus and his colleagues, like crawling works of art, are certainly not for everyone. Beetles like tho se displayed in Poul Beckmann’s book ‘Living Jewels 2’, which are blown up to 100 times their normal size to look like savage wild animals, are bound to appear somewhat creepy. At the same time, it’s hard not to be transfixed by the pin-sharp detail – the small hair, scales, feelers, claws and magnificent colors of these unbelievably varied species. Each individual photograph provides a reason to marvel at the wonder and imagination of nature. 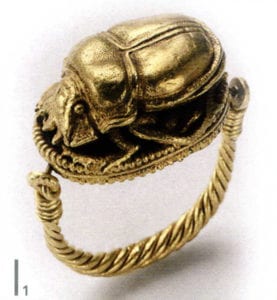 Honored as a savior: 6000 year old scarab ring from Greece 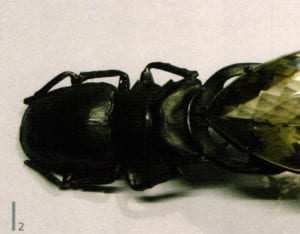 Nature as an artistic model

Long before there were photographs of ornate insects, people were in awe of their splendor. Beetles have been displaying their rich and varied beauty on earth for more than 230 million years and man has been long captivated. For thousands of years, generations of artists, goldsmiths, graphic designers, painters and others have been inspired by the variety of colors and shapes of beetles. The Indian populations of the Amazon region in Peru used their beautifully colored wings and sometimes even the entire beetle in their necklaces and brooches whereas Victorian women wore metallic decorative beetles on gold chains around their necks. The scarab beetle, honored by the pharaohs as a divinity and depicted in the image of the sacred scarab (Scarabaeus sacer), is probably one of the most famous beetles in cultural history Scarabs were also used by the Ancient Egyptians as amulets, pendants and lucky rings. The speed at which these beetles reproduced in the silts of the Nile led to the belief that they developed without the need for reproduction, which is why the scarab was considered by the Egyptians to symbolize enormous creative powers. They also compared the rounded shape and shiny gold-shimmering coloring of the wings to the shape and warm glow of the sun. Even today, so-called scarab stones are one of the most popular souvenirs sold on the Nile as lucky talismans. 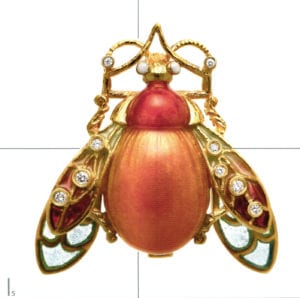 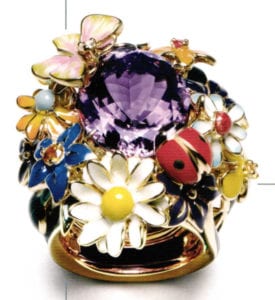 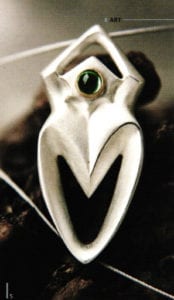 Based on goldsmithing techniques in the 17th and 18th century: Gianmaria Buccellati’s brooch ‘Coccinella’ 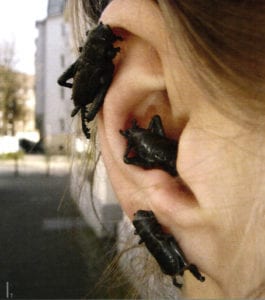 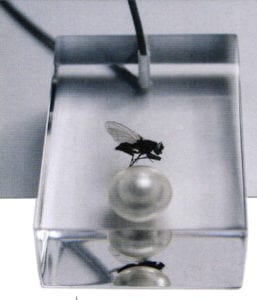 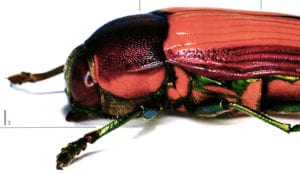 The jewelry museum in Pforzheim, for example, is home to one piece of jewelry dating from around 1800 in the shape of a stag beetle. Under its fold-out wings, with enamel decoration on the top, this precious piece of jewelry contains a small functioning clock. White pearls and rubies decorate the legs, feelers and head of the beetle, which was designed for use as a pendant. Two Dutch jewelry artists approach the theme of ‘living jewels’ in a more humorous manner: Felieke van der Leest is renowned for her artistic crocheted figures. It comes as no surprise then to discover that she also made miniature trousers, bibs and even tiny legwarmers for her fat black cockroaches as part of her work ‘Cockroaches in Metamorphoses’. Amsterdam-based artist Ted Noten, renowned for his provocative work, preserves real insects in bubble-free acrylic resin so that they are completely visible, based on the idea of the insects found preserved in natural amber. And whereas London-based goldsmith Rie Tanivchi gives her golden ‘Prawn Cracker’ almost human characteristics, the ‘bondmen’ (body art) by Dusseldorf-based Eva Dufhues can be seen more as an artistic experiment. Just like real beetles, these silver-coated and black crickets, worn on the ear with hidden magnets, trigger a physical sensation – in the wearer and the observer. While some people turn away in disgust, others are fascinated by the beauty and complexity of this creature which has survived millions of years on the planet and can’t help stealing a second and third look. 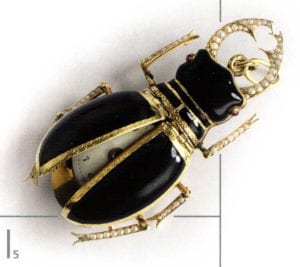 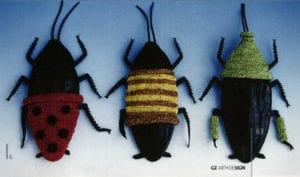