One of the most frequently asked questions about Platinum concerns scratching. It seems the consumer equates durability with scratch resistance and is then disappointed when the Platinum jewelry scratches and shows signs of wear. Let me say that all metal scratches. From the finest steel to the finest Platinum! no metal is immune to scratching. There are, however different alloys that have a. different hardness and thus a greater scratch resistance.

In the US the most commonly used Platinum alloys are:

The hardness of these alloys is measured in Vickers hardness (HV) Vickers is a rl1eans of determining the hardness of a metal by pushing a pointed object into the surface of the metal with a determined load and then measuring the penetration. e deeper the impression, the softer the metal. This does not measure strength. Strength is measured in pounds per square inch (PSI). Durability is determined by strength, and scratch resistance is determined by hardness.

Here is a comparison of the Platinum alloys:

As you can see, Pt/Ru has the most tensile strength, whereas Pt/Co has the highest scratch resistance.

There is a major difference between durability and scratch resistance. Platinum is very durable. When scratched, the scratch actually displaces the metal, leaving ridges on the edges of the scratch. This is where durability comes in. Whereas other precious metals, if scratched, lose metal, and thus wear down, Platinum does so at a much slower rate. This is why finishes on other pre­cious jewelry wear off, prongs wear down and the rings actually become thinner and may even wear through with time. Because many gold products, white or other wise, are plated, and plating is creating a hard skin, they seem to have more scratch resistance than Platinum. But soon the plating ‘wears off and the material scratches in daily wear.

With Platinum, this is a different story. Many pieces from the turn of the century have engravings that look like new, beads that hold stones appear to be just made and the overall signs of wear seem insignificant on Platinum jewelry. A Platinum wedding band will last a life time.

As Platinum scratches, it will develop a patina-like appearance that will last. This is the reason why many designers prefer satin finishes, brushed and sand-blast finishes over the bright polished look.

Polished Platinum especially the iridium alloys, Will display a bright natural white color. In spite of daily wear and scratching, this finish will endure for a long time.

In order to polish Platinum successfully, some points need to be addressed. It is important that all scratches are removed at the work bench. This can be done with different and assorted abrasives using increasingly finer grits.

Once the scratches are removed, it is important to burnish the surface of the Platinum. This is done with a polished tungsten burnisher by hand, or with tumbling devices. If it is done by hand, the tool of choice is a Tungsten burnisher, which rubs a highly polished rod of Tungsten over the surface of the Platinum. Before you start, though, be sure the burnisher’s surface is highly polished; if It’s at all scratched, you will transfer those scratches to the ring. Using a light oil for burnishing, such as oil of wintergreen will prevent the burnisher from skipping and marring the Platinum.

For the polishing sequence there are usually four levels of polish. Using an 800 grit polishing compound, the jewelry is prepared. After that, a 1500 grit compound is used, which will be followed by another step using 4000 grit. The final high gloss and luster is achieved with an 8000 fine compound. With Platinum there are no shortcuts. If there are still scratches in the piece, the polishing sequence will not remove them I and one must go back to an abrasive to remove them. Polishing compounds designed for gold and silver have little effect on Platinum, and it is always a good choice to use compounds especially developed for Platinum polishing.

When buffing with an abrasive compound, you’ll need to generate enough heat to get the metal almost flowing. To accomplish this, you’ll want to select a larger diameter buff. For example, a four inch buff will have a surface speed of about 3,600 feet per minute, while the speed of a six inch buff is about 5,400 feet per minute. The greater the speed, the greater the heat. You must also pay attention to the buffs physical characteristics: hard felt flat laps work best for corners and edges, while horsehair brushes produce a nice shine on filigree and other details.

When buffing, apply the same method as for filing: buff in a diagonal direction, then switch to the opposite diagonal direction (when polishing over a solder seam, polish across it rather than along it; this will prevent you from pulling out the solder.) During this process, do not let loose metal and compound build up on the ring; this will cause the buff to glaze and consequently scrape the ring’s surface.

Repeat this operation with the next finer polishing compound, using an untreated stitched muslin buff; this should give a highly reflective surface and a lustrous finish. And there you have it: one polished Platinum ring. If you’d like, you can even bring out the polish further by applying additional finishing techniques, florentining, stippling or sandblasting, among others. Since Platinum does not oxidize of tarnish, these extra finishes will nor harm the ring, instead presenting a nice texture to contrast with the meticulously polished areas. It’s all just part of the Platinum experience-and of learning how to “think” Platinum.

Because Platinum does not oxidize, it is good practice to polish individual components before assembly. This is especially important, if there are other precious metals included in the assembly. The Platinum must be pre-polished before the other components are being attached, as one tends to over-polish the gold portion in trying to polish the Platinum. Platinum is not difficult, it is just different.

By Jurgen J. Maerz © Platinum Guild International
In association with 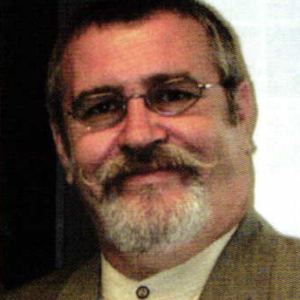