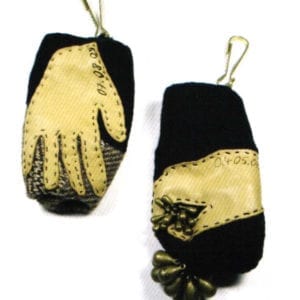 His cosmopolitan origins are reflected in the choice of artists that he represents. Together with his wife, Laura Lapachin, Stefan Friedmann, an American with Swiss and German passports, has spent the past five years running the Ornamentum Gallery in the small town of Hudson, New York State. 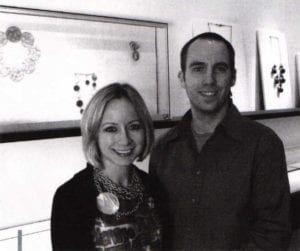 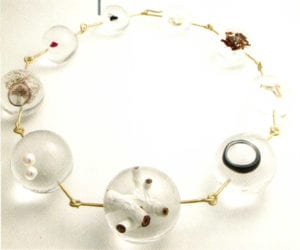 ‘Ice Necklace’ by the Dutchman Ted Noten, 2007 made of 18 karat gold and jetsam cast in acryl and the presentation by Galerie Ornamentum/Ted Noten Collection at the SOFA 2007 in Chicago 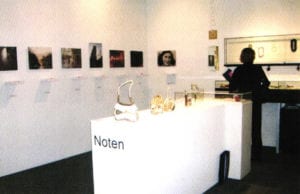 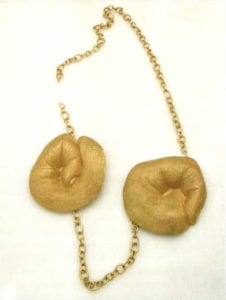 Since 2002 the gallery owners have travelled the world collecting and acquiring works from international jewelry artists, from Finns and Canadians to Germans, Koreans, Spanish, Italians or Americans. The jewelry fairs Inhorgenta europe and the Munich Handwerksmesse are just as favored for these acquisitional sprees as the SOFA in New York and Chicago or the Craft Show in Baltimore.

Proximity to the customer

The two gallery owners developed their fondness for jewelry through different paths: Stefan Friedemann was in High School when he realized that he preferred to create something with his hands rather than tackling theoretical matters. Experiments with metal led him to jewelry. 38 year-old Laura Lapachin began by studying nutritional science, completing an art seminar in the course of her studies. Enrolling for the Jewelry basic course, she soon found herself moving toward a focus on aesthetic handcrafts. Together they completed a course of study at the goldsmith school in Pforzheim, from which Stefan Friedemann graduated as state-approved designer for jewelry and instruments. The couple combined their studies with work at Drachenfels Design, where they were able to learn a good deal about production techniques. In 1999 they returned to the US, to Providence, Rhode Island, in order to work from home as freelance jewelers. “We were doing lots of different things at that time: producing fashion jewelry, making models for manufacturers, performing repairs for jewelers or setting stones,” recalls the 35 year-old. “We discovered that this style of working wasn’t really for us. We missed the contact to the customers and other designers.” They decided to seek out a new location and open a European-style studio with store. By chance, they heard about the small town of Hudson in New York State, a town that was on the up again following difficult economic times, and that offered many opportunities for a new start. The contacts with Germany resulted in the first pieces, which Friedemann and Lapachin were able to exhibit alongside their own creations. The decisive impetus came from an encounter with the German gold and silversmith Gerd Rothmann: in addition to shipping the wedding rings that the couple had commissioned for themselves, Gerd Rothmann also surprisingly included a precious necklace, to be sold by the gallery Stefan Friedemann recalls that special moment: “It was a bit of a shock somehow – because this meant that it was serious: we had been entrusted with a valuable piece of jewelry by a renowned artist, and we were to sell it!” And it sold – the word about the new gallery spread, approaches were made by other artists and the reputation and sphere of influence of the Ornamentum Gallery has grown over the past five years.

Today, explains the gallery owner, they no longer exhibit their own work, choosing instead to focus wholly upon the successful representation of “their” artists. And he adds: “Running your own gallery is like designing a big piece of jewelry that is constantly developing. It requires just as much thought from a jewelry point of view!” The gallery repertoire includes many jewelry artists from Europe, such as the Dutch designers Ted Noten and Ruudt Peters, the German designer group Juni, Kay Eppi Nolke and Iris Bodemer and artists from Scandinavia, Asia and North America. And, of course, they continue to exhibit works by Gerd Rothmann. “For us it is important that each artist that we represent has a design vocabulary of their own: strong, clear and sometimes with abstract content. Not all work is conceptual jewelry, but a large portion is,” says Stefan Friedemann. The layout of the gallery is divided into two sections: on the one side customers can find items by artists, sophisticated one-off works with a “museum and collector quality”, says Stefan Friedemann. On the other side “lighter” jewelry is presented, more in keeping with the broad taste of the public but nonetheless highly design-oriented. 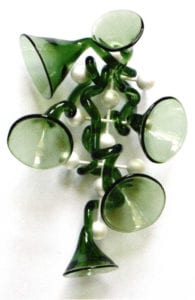 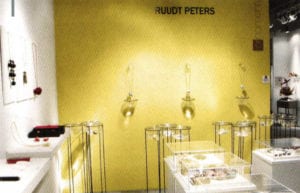 Brooch Sefiroth ‘Chasmalin’ by Ruudt Peters, Netherlands, 2007, made of silver and glass and the installation of his work during the SOFA 2007 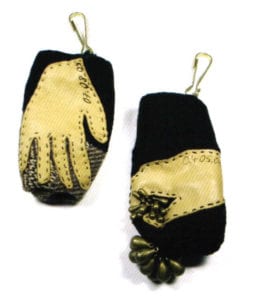 Brooches by the Dutchwomen Iris Eichenberg 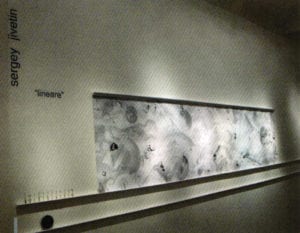 Four to six times a year Friedemann and Lapachin organize exhibitions, most of which are with single artists, either in their own gallery or at the SOFA in New York and Chicago. In 2007 the Ornamentum Gallery displayed the exhibition ‘Golden Clogs, Dutch Mountain’, focusing upon the new generation of Dutch jewelry designers. An exhibition with the American jewelry artist Dan Jocz is planned for the SOFA 2008 in New York (end of May), as well as a presentation of the works of the Dutch designer Katja Prins and another with Finnish jewelry designers. The Christmas exhibition has become something of a tradition. Beginning each year right after Thanksgiving, it continues until Christmas Eve. The couple is motivated by a passion for their profession: they are currently in search of new, innovative fairs at which they can enthuse a young, design-oriented customer base with the jewelry of their artists.

All articles by this author
Previous Felix Lindner: Play with Ciphers
Next Peru: The Past is Always Present
Social media