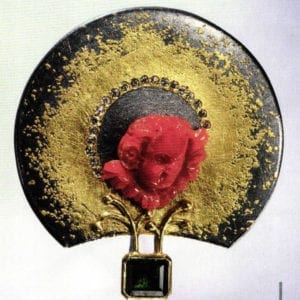 Corals are precious treasures found in clear waters. This natural material has been used in jewelry making for thousands of years and indeed this is how long it takes for a coral reef to form. 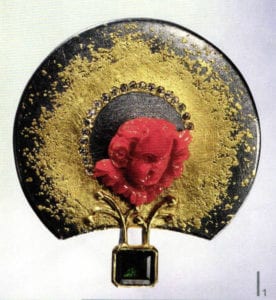 Framed with silver and gold and set with 20 champagne-colored diamonds and a fascinating green emerald: Michael Zobel’s ring places coral at the center point 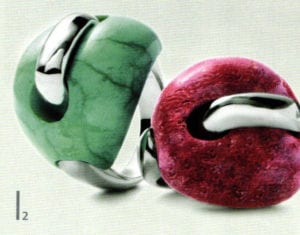 The perfect couple: coral and turquoise, both set in rhodinated silver, by Spanish producer Luxenter

Only a small amount of coral is formed during a human lifetime and this is what makes this natural material of the seas so expensive and so sensitive to the dramatic changes in conditions which have taken place over the last few years. Legend has it that the creation of coral was just as dramatic: according to Ancient Greek myth, glance could turn humans into Medusa’s stone. The hero Perseus cut off Medusa’s head which then fell into the sea where her blood formed corals. Even today, coral amulets are said to protect against the ‘evil eye’. Coral is also said to have certain healing powers: it is said to dispel negative energy and even help cure osteoporosis and are supportive of childrens bone structure. Coral can also apparently strengthen love, protecting against envy and distrust. Corals, along with amber, are one of the oldest jewelry materials in use. Archaeological excavations have recently revealed that coral has been processed for some 30,000 years. 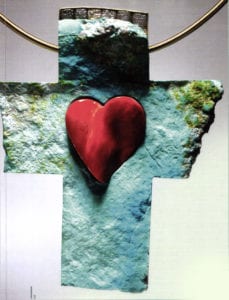 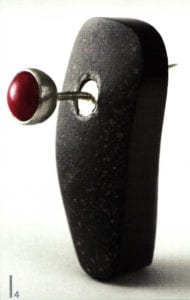 Coral sets off this piece of jewelry, made from beach pebbles and silver. Brooch and photo by Stefanie Klemp 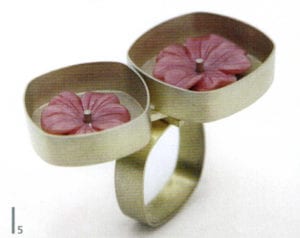 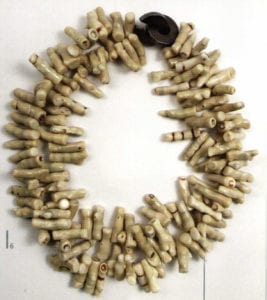 This ‘please, please touch me’ chain by Claude Schmitz plays on the contrast between ugly and beautiful

Coral reefs are a wonder of nature which have not been treated with sufficient care in the past. These so-called ‘flower animals’ inhabit depths of up to approx. 300 meters in the sea and are constantly working on building their colonies: small polyps secrete a lime substance which is then used to construct tree-like forms which protect them like a scaffolding. When these polyps die, the hard skeleton remains. These coral stocks can be up to 40 cm high but only a few millimeters thick. Unlike pearls, cultivation is impossible due to the long and tedious process involved. This explains why large pieces of coral are so expensive. Coral used in jewelry production mostly come from the Mediterranean region just off the coast of Italy and North Africa.

A large proportion of coral also comes from the Indo-Pacific area between Japan and Taiwan. Studies show that some 75 percent of all coral reefs are found here; nowhere else exists such a wide variety of reefs. At the same time, reports from the region are not good: the coral reefs found here are shrinking by some 1550 sq. km per year, meaning that the destruction of the coral reefs worldwide is taking place at twice the rate as the destruction of the rainforests. The causes are all down to man: increasing sea temperatures due to climate change, waste and sewage as well as fishing nets and anchors could take just a few years to destroy this coral which takes hundreds of years to form. In response to these horror stories, the government of the Cayman Islands decided last year to ban cruise liners from mooring in the harbor – it can destroy around half a hectare of coral reefs in just one day. However, if we do not wish to stop using these treasures of the sea altogether, there are ways in which we can obtain coral without damaging the environment further. Protected species of coral are not suitable for use in jewelry design anyway as they are too porous to be processed. The types of coral of most interest to jewelry designers are red coral and sponge coral due to their fascinating wide range of colors. The dark-red momo corals from the seas of Japan, the bright red and orange Italian Sciacca corals and the powdery- pink ‘angel skin’ corals are particularly elegant and charming. “The quality of the corals is determined by the thickness of the stems; stems with a diameter of 8 – 15 mm are of very high quality,” says Kristina Heine, a coral importer working in Pforzheim, Germany. “It is also important that the corals do not develop small cracks when brought to the surface”. 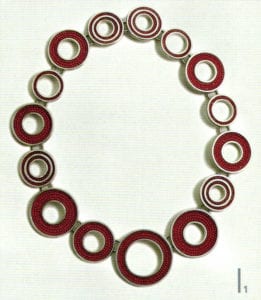 Necklace with tiny balls of coral by Andrea Frahm 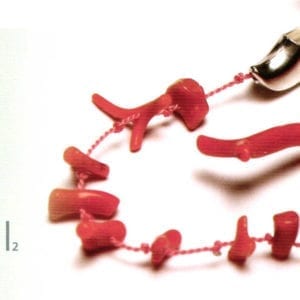 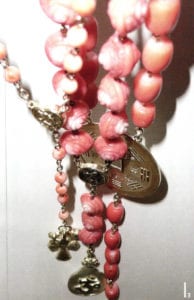 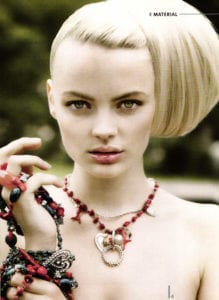 As they are organic in origin, corals – similar to humans – can become damaged if they are subjected to fast changes in pressure. With corals, this results in visible cracks which significantly reduce quality. The highest quality types are evenly colored and structured in a deep luminous ‘ox blood’ red color. As even coloring is a sign of quality, lower quality coral is often given a helping hand: artificial coloring is by no means rare on the market and neither are products pressed and cut from coral powder. “With a ball of coral, it is relatively easy to identify when the color is not consistent at the borehole point. If there are irregularities or stains here, this is indicative of an imitation. Treated corals usually feel more blunt,” says Kristina Heine.

Coral jewelry until recently only popular among those with conservative tastes, has now found its way back into the studios of contemporary designers. Coral is experiencing soaring popularity, moving away from its somewhat old-fashioned image to establish itself as a modern material. Luxembourg-based designer Claude Schmitz, for example, has discovered coral and works mostly with white coral. “There is something rather abhorrent about white coral. It resembles teeth or bones. I aim to transform it into something beautiful. White coral is very delicate and fragile and is shaped by the sand and water. This discrepancy between ugliness and beauty inspires and fascinates me. You also have to work very, very carefully with coral, otherwise it will break. It’s not jewelry for everyday.” Coral is in fact not suitable for wearing everyday: it is very sensitive to sweat, perfume and hairspray. It is something to be saved for special occasions.