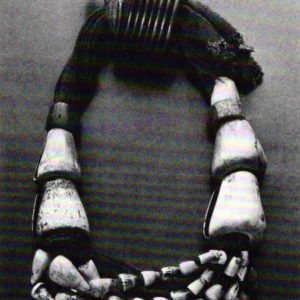 This article is a book review published in the 1989 Summer issue of the Metalsmith Magazine including “Power and Gold: Jewelry from Indonesia, Malaysia and the Philippines”

Ganoksin is sponsored by
A Golden Treasury: Jewelry from the Indian Subcontinent
by Susan Stronge, Nima Smith and James Harle, Rizzoli, NY in association with the Victoria & Albert Museum, London 144 pp., 163 illus., 154 in color $37.50 cloth. 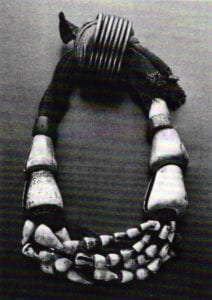 “Defining art is always difficult; defining what is artistic about jewelry is even more challenging. But the definitional disputes [in ethnic jewelry] concern the dividing line between art and ritual, art and religion, and the artist versus the ritual celebrant.” With these provocative words Susan Rodgers begins an essay called “Looking at Jewelry” in the large and beautifully illustrated Power and Gold.

It would be simplistic to say that there is a newfound interest in ethnic, or primitive, body adornment. Many museums have large collections and there is considerable scholarship available, much of it with fascinating ethnographic detail. This does not happen overnight in response to a fadish popularity. I think it is accurate to say, however, that jewelry from nonwhite cultures is finding a new and sensitive audience because of changes in the definition of jewelry within our own culture. 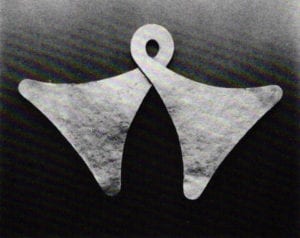 To make the point, think of the jewelry being made 30 years ago. Even jewelry on the cutting edge relied on formal artistic motifs. Calder and Bertoia pressed the definitions of jewelry by allowing hammer marks to show and in their use of low-tech solutions to fabrication issues. But the American mind was still a long way from a real understanding of the relationship between ritual and adornment. Picture June Cleaver in feathers and beads…

Jewelry making has come of age in the last several decades, bringing a larger and more responsive audience along with it. Books, periodicals and craft fairs have exposed the public to the huge potential of adornment and fine handmade objects are increasingly becoming a part of more peoples lives. The publishing industry will either advance this movement or try to capitalize on it. Here are a few examples. 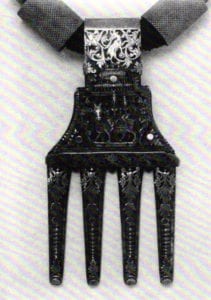 A Golden Treasury was published as a catalog for an exhibition of the same name on display through June of this year in London. The book is built around three scholarly essays that emphasize the historical context of the jewels. The essays are surrounded by color photos of the work, most of it in gold, much of it heavily encrusted with stones, and all of it striking. The photos are graced with long and precise captions that make a cover-to-cover reading a slow trek, but are valuable to the viewer who wants to know details about size, use or construction. On the whole the book makes me think of a tour through the exhibition with a docent. It is informative, if a bit slow comprehensive almost to a fault, but in the end, worth the time spent.

Ethnic Jewelry has the look of a hastily assembled collection of essays. It jumps around both geographically and through the centuries, with an effect I found very awkward. A chapter on contemporary New Guinea ornament was followed by a chapter on the jewelry of Native Americans of 100 years ago. Mack’s arm’s-length-style introduction camouflaged the strong emotions about which the author was writing. 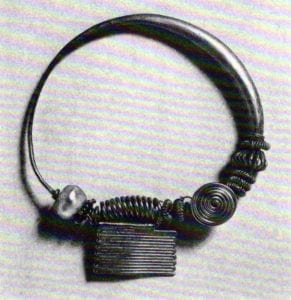 My favorite of the these volumes was Power and Gold. Like the Indian book, this was produced as an exhibition catalog, and what an exhibition it must have been, with work is collected from Indonesia, Malaysia and the Philippines. I was unaware of the rich traditions and powerful imagery of these cultures, and this collection provided an exciting introduction. Ideas we are working so hard to examine —questions about what parts of the body to adorn or what kind of ritual meaning we can assign to our objects—have been the stock in trade of these cultures for decades. Half of the pieces shown do not fit into our concept of ring-pin-pendant. A large collection of consistently excellent historical and contemporary photos serves to enlarge and illustrate the text, which is especially helpful, since the size and wearing of these pieces are so unfamiliar. The text was the most easily read of the three books, combining scholarly reserve with an obvious curiosity and respect for the cultures being discussed.

Is ethnic jewelry here to stay? It never left but was simply less obvious. That today’s styles have a lot to do with the forms and images of ethnic jewelry makes any of these books worth buying. But, more importantly, they are a vital storehouse of pertinent information about why we decorate ourselves, and for that reason they should be studied every so often.