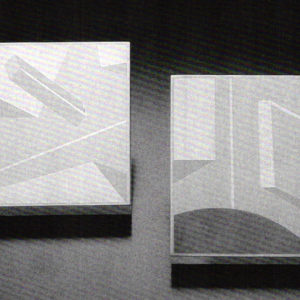 Relationships with individuals are born in a variety oFways – my friendship with Tony Papp began at a ceremonial dinner where his father and I were among the honorees. It was a “Saturday Night Live” vignette:

“My daughter is a singer/songwriter,” said I.

Within a few weeks, Tony arrived in Philadelphia with a box of letter openers, brooches and objects – a moment that marked our first “crit” session. His serious commitment to and passion for metal was obvious. His interest in the theories of early 20th-ccntury art came as a surprise and we connected enthusiastically in a dialogue concerning the Russian Constructivists. Tony had combined different metals in a painterly fashion, using the marriage of metals technique to facilitate his response to the esthetics of that period. My son also had a passionate interest in that segment of art history and had introduced me to the work of Malevich and his peers. Subsequently, he proudly wore a Papp brooch on his graduation gown at college commencement. 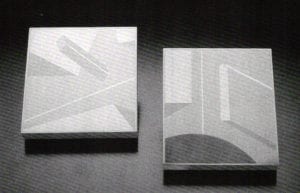 I am looking at the window sill; there are three origami birds nestled on the pane – reminders of Tony, his gentle personality, remainders from a bag of paper birds he made to distribute at his opening at the gallery in Philadelphia in May, 1989.

I remember a telephone call, with a sheepish voice, “Don’t be angry, but I’m going to be a competitor: will you come?” Trump Tower – Tony Papp Gallery – it was a real “first nighter.” Everyone was there – a forum of metalsmiths, family and friends from the theater. All the glitz balanced itself strangely with members of New York’s craft community.

It wasn’t until this past winter that I realized the disease was his and that he was conquered by it. We had been chasing each other with telephone messages during the fall. Finally, we spoke. Tony told me about the loss of his eyesight in one eye and his Frustration about not being able to work, his desire to gather his things, just in case. His requests were few during those weeks, “Visit me; take me for a walk; send books with great photographs of jewelry; send back unsold works for my family; call me; leave messages; I’ll call back when I can,” and “I have the best doctors – Rosemary is great!”

“You didn’t bring the jade plant…”

En route to visit Tony, the first time after many telephone conversations since November and the last time before his death from AIDS. A rainy day in April, 1991, Tuesday, the 30th, gray and gloomy, found me wandering the streets of Manhattan looking for Tony’s request. Briefly, I had thought about bringing it from Philadelphia – but New York has everything! It didn’t. Instead, I arrived at his father’s apartment with symbols of the exotic – antherium, ginger, birds of paradise – knowing how Tony loved outrageous beauty. It was greeted less than enthusiastically – he wanted a jade plant!

It was the last time I saw him. There were apparent signs that didn’t register – his lawyers were with him and Rosemary, his friend, companion, nurse, confidante. Patiently, I waited in a living room, observed only by a statue of shakespeare on a pedestal, a symbol of his theatrical roots and family involvement, as he completed his private affairs. Eventually, we discussed his interest in Charles Rennie Macintosh, the visit from my singer/songwriter daughter, the promise not to forget his work, the pledge to continue its documentation and the Tanka paintings that he placed on the wall because he didn’t like his parents’ art. He was direct and clear about how he felt, angered because he was paying rent on his unused studio and upset because he could no longer work. 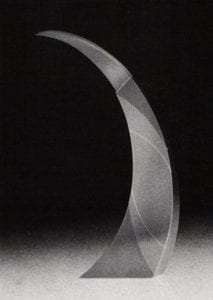 “Brief Lives,” the title of a 1987 column in the New York magazine that had featured Tony – how prophetic. Tony’s life has ended, his cycle has closed “before its close.” Will we remember how he filled the lobby of the Public Theater with cases of contemporary jewelry, how he valiantly manned a booth at the Philadelphia Craft Show in November 1990, when the disease had already advanced? Will we remember that his life was squelched by AIDS decades before his time?

It was hard to get past the sheepish smile, the big eyes that lowered their gaze or looked vitally into yours, and the dimples – the deep dimples were almost a distraction. Rosemary’s hands gave him the strength to continue and were the vehicles that supported his weak body – one could feel that he was leaving.

Helen W. Drutt English is the founder/director of the Helen Drutt Gallery in Philadelphia, PA.