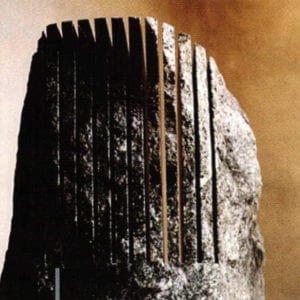 Stones have a soul. For Klaus Fessmann, they are not inanimate material, but individuals that under a skilled hand can be coaxed into making enchanting sounds. We are not talking here about an estoric view of the world, but an old art that has been awakened to new life by Professor Fessmann at the renowned Mozarteum in Salzburg. 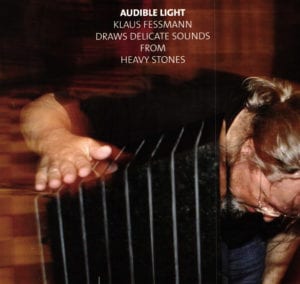 Audible light was the old Chinese description of the distinctive sounds made when stones are played. Archeologists have found jade plates from the time of the second Shang dynasty (1350-1050 B.C.) that monks placed on the breast and lips of the dead, and also used in ceremonies. Individual plates hung in a frame were struck in various ways to make them resound. 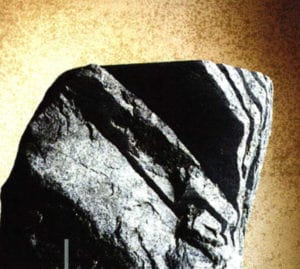 In Western countries, stone is usually thought of as dead material. But to Fessmann, the fragments of granite, marble, perodite, or serpentine are anything but; to him, they react as sensitively as little flies. He came into contact with Klangsteine (sounding stones) for the first time in the 1980s. These days, the concert grand piano and harmonium in the studio of the trained pianist in Wankheim near Tübingen are pushed against the wall, and everywhere there stand stone pillars and cubes, finely polished and reflecting the sunlight in the room. The heavy stones, which weigh up to 660 lbs., catch the eye with their peaks cut into lamellae, looking sometimes like a fan, sometimes like a comb. 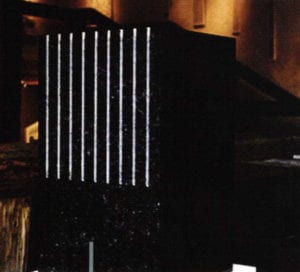 After years of intensive research, Fessmann has developed a method of causing the stones to sound. The music professor from Salzburg selects slabs of stone in the stone quarries of Germany, Austria, and Switzerland, which should be as homogeneous as possible and without breaks in the vein or inclusions, and has them cut to shape. Diamonds eat into the stone for hours, in order to saw lamellae at intervals of an inch or so. This disturbs the molecular structure of the stone, and it must first settle down. The stones are then stored in his studio from several weeks up to a few years. First they give off excess water under the sunshine that streams into the studio, as intensely as possible. This process can also be accelerated with heaters and electric blankets. 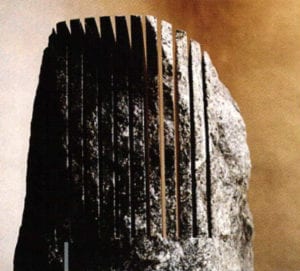 Stones quarried decades ago have already undergone this development, which is why the Wankheim musician also plays sometimes on a discarded gravestone. For this, he carefully removes the wedding ring from his finger. The stones might get scratched. Then he wets his hands with warm water, so that with gently circling motions he can cause the lamellae to vibrate most effectively. The Klangsteine react quite differently from conventional instruments. For instance, the sound does not get louder if an attempt is made to force it. On the contrary increased pressure causes the notes to be swallowed in the interior of the stone. On the other hand, different tones can be elicited from each lamella and held with various strokes. 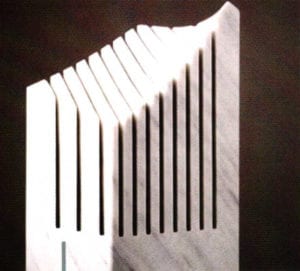 How the sound develops can not be calculated precisely, even using modern methods such as X-ray machines. The effort involved in bringing the stones to the various concerts is considerable. They are housed in special heated cases for transport, like expensive string instruments. Rigid plastic foam between the lamellae protects them from dangerous vibrations. Since the stones are sensitive to temperature variations, they usually rest one to two days before being played in a concert.

The vibrations of the stones can be felt physically even before they can be heard. The effect on people is amazing. “Even listeners who come to one of my concerts with a negative or skeptical attitude, are gripped by the intensity of the experience,” says Fessmann. He is also convinced of the medical potential of the Klangsteine. This is confirmed for him by a concert that he gave at a clinic for a deaf audience. Even days later – reached for the first time in their isolated soundless world – they could hear the sounds, locate them in their bodies. Could Klangsterne also open a new dimension in jewelry? A CD by Fessmann entitled “Cantus Lapidum” is available. kph