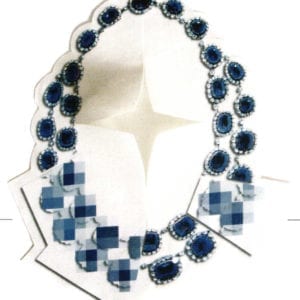 Jewelry as an Identity Vehicle

Growing variety defines Portugal’s still relatively young jewelry design scene, which draws on other applied arts. Portugal’s history of contemporary jewelry is young. The first work in the field of modern jewelry design was not produced until the fifties of last century. 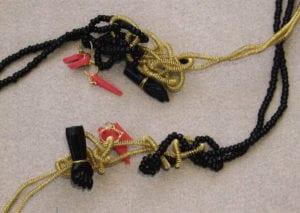 The sculptor, Jorge Vieira, was one of the first artists that turned to the metier of jewelry – he produced for friends and family anthromorphous or hybrid work made of terracotta and silver, and soon also pendants, bracelets, rings and brooches. Roughly at the same time, in the mid-fifties, the ceramic artist, Maria Antonia Paramos, experimented with enamel and glazed jewelry. For the first time, Portuguese designers attempted to work with unusual material combinations and to implement a clear language of forms in jewelry. The pioneers in this respect were the designers Gordillo and Kukas; however, their creative input was insufficient to initiate a new jewelry design movement. Jewelry remained the domain of the social elite and provided information on the status and economic standing of the person wearing it.

The return of the two goldsmiths Tereza Seabra and Alexandra Serpa Pimentel to Portugal in 1977 gave the design scene in Portugal a creative boost. Beforehand, Seabra and Pimentel had engaged in further education in jewelry design in the United States, Germany and England and were able to provide the Portuguese scene with new inspiration. They rejected commercial success as one of the main motivators for creating jewelry and instead integrated more and more aspects of visual art in their jewelry work. In this, they laid the foundation for the establishment of the jewelry Department of the Ar.Co College in Lisbon in 1978 – a milestone in Portugal’s jewelry scene. 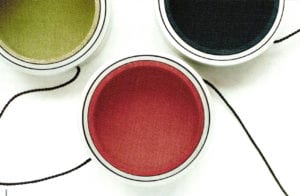 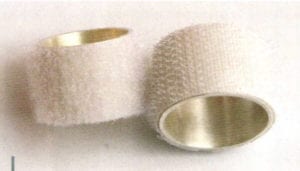 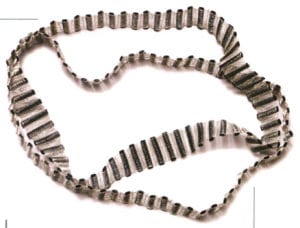 Marking the opening of the exhibition “Closer” in the National Museum for Antique Art in Lisbon, the art historian Rui Afonso Santos explained the importance of this course in education: “From this school would be born a first generation of artist jewelers, subverting the traditional knowledge of jewelry through the innovation of the materials (like anodized aluminum, titanium and other non precious materials such as acrylic and organic materials), the techniques (brought in from other decorative arts and applied to jewelry like engraving, gild, industrial paint, Mokume and the marriage of materials) and the forms (through the association of creativity and experimentation with the basic jewelry techniques) ” The opening of this education centre also saw the start of a regular international network: for the first time, foreign artists now could be invited and foreign exchange programs could be organized. This new form of jewelry took its time to achieve acceptance in the public’s eye. But now two additional colleges have been added the ESAD Esco a Superior des Arte e Design in Porto and the Contacto Directo in Lisbon. Only the lack of suitable presentation spaces, such as galleries, made life difficult for the designers. In 1984, Teresa Seabra, Alexandra Serpa Pimentel and Pedro Cruz opened the gallery Artfecto3, which specialized in contemporary jewelry. Since then, the scene has also been enriched by the gallery Reverso. 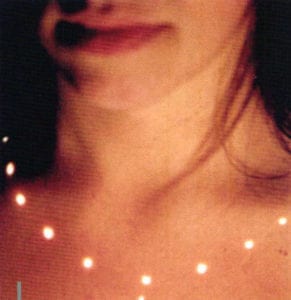 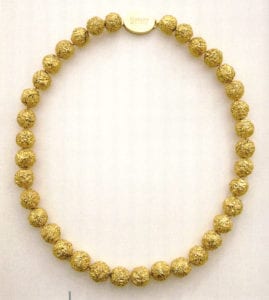 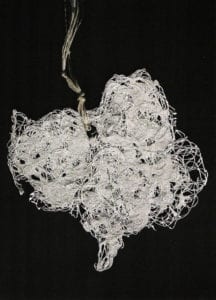 These days, the contemporary jewelry scene in Portugal is showing itself to be one that is constantly growing in its variety. Cristina Filipe, now lecturer for 20 years at the Ar.Co College and co-initiator of PIN (Association of Portuguese Contemporary Jewellery), sees the discipline of jewelry design in a direct relationship with other arts. “I have been a tutor for some years already to many jewelry artists of the young generation, being myself a result of an apprenticeship by a previous generation who started this movement in Lisbon,” she explains her own development in the field of jewelry art. 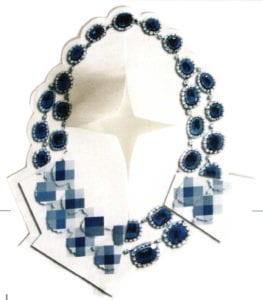 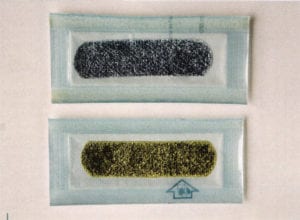 International networking is very important to the jewelry institution, although it is comparatively still quite young. For example, in 2005, as one of the first events in its young history PIN organized the 10th international jewelry symposium “Ars Ornata Europeana” with the title “Everywhere Nowhere”, thus establishing Lisbon as an international platform for jewelry designers from all over the world. One of the next projects is an exhibition in the German gallery Landskron- Schneidzik, in which 38 artists from Portugal will show their work (June 16 to July 20) Cristina Filipe, the curator: “We will represent the most interesting jewelry we make and use as an adornment in Portugal. The jewelry is a vehicle, of an identity; it communicates visions of culture and visualizes expressions of a group that works for the body in a poetic, experimental and symbolic way. The use of alternative materials and experimental techniques is recurrent, the strong technical handcraft roots are still visible.” 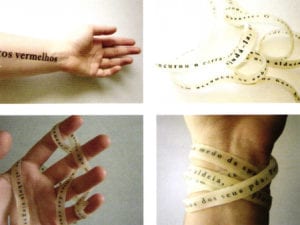 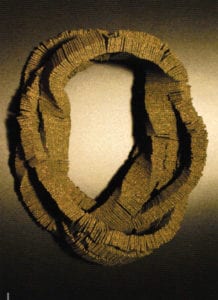 All articles by this author
Previous Arezzo Oro D’Autore: Jewelry as Homage
Next We Are Strong Together
Social media