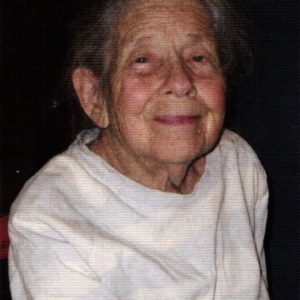 The Enamelware of Pat Peat O’Neil

Pat Peat O’Neil, now ninety-two, started enameling in Girl Scouts when she was sixteen. They used a torch to fire pieces in a large tin-can muffle, setting on a stand that straddled burning logs. Later she graduated from the School of the Art Institute of Chicago in 1940, and received the Anne Louise Raymond Merit Award. 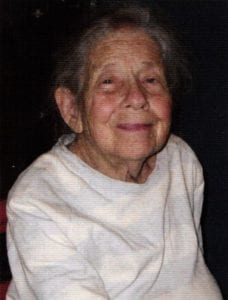 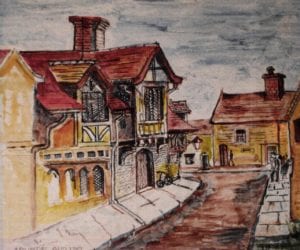 The Royal Air Force (RAF) had formed the Women’s Auxiliary Air Force (WAAF) to fill vacancies in the intelligence, communication and radar units. She joined the British women and boarded a Swedish tug-boat in a convoy across the Atlantic Ocean. They landed in Liverpool, then took a train to London where she joined other Volunteers. 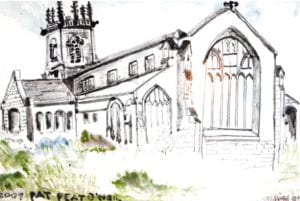 She spent a weekend with Jill Bolas and her family at a cottage on Worthing Beach where she sketched one of the two Saxon churches still standing in England. 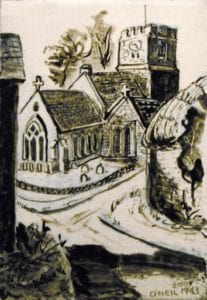 As a W.A.A.F. she was trained in photography for various assignments for the Air Force. She was sent to Medmenham, Danesfield, a private estate near Winslow, Buckinghamshire on the Thames river, an approximate hour by train from London. 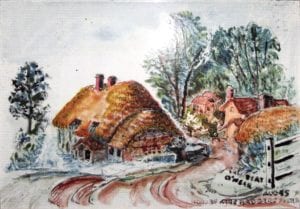 She asked for a loan of a bicycle so she could travel to places to fill her sketchbooks with scenes from the area. In addition to cycling, she would walk, take the train and hitchhike to visit the countryside and villages, recording her experiences in her sketchbooks. She has sketches from England, Scotland, Ireland, and the Isle of Man “where cats have no tails.” All of her free time was spent on filling four sketchbooks. 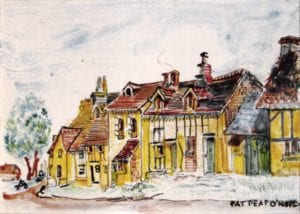 In 2008 she was able to find two of the four sketchbooks. She decided to reproduce the works with Thompson’s watercolor enamels on pre-enameled white steel tiles. She made 38 paintings which she entered to be juried into Gallery 28 at the Torpedo Factory in Alexandria, Virginia. Don Viehman (former member of the Gallery) and others were impressed with Pat’s work and it was decided she should have her own show. Don made a large banner which titled the show. “Pat Peat O’Neil, Volunteer 301.” Sales were good, her students and relatives made her proud. 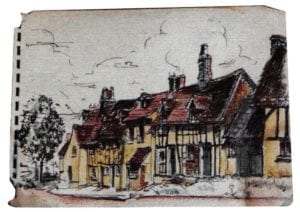 She is continuing with the technique of water-color enamels and has started on a theme “Hawaiian Fish” which she anticipates a group of about 15 works. Next will be “Floral Hawaii” and following that “Mother Goose” with about 25 works. 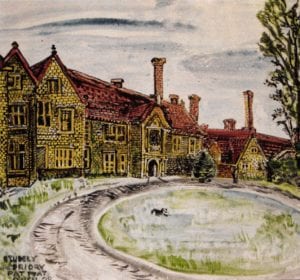 Glass on Metal is the only publication dedicated to enameling and related arts. Technical information, book reviews, how-to articles and insight on contemporary enamelers highlight each issue.