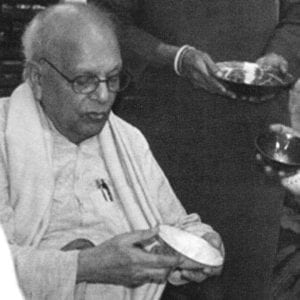 The Delhi chapter of the Enamelist Society, India presented “Enamel Revisited”, an exhibition of a varied repertoire of enamelled paintings and jewellery from 26th to 28th October, 2007 at Veenu’s residence. This exhibition was the next step after many enamel workshops and a successful all India Enamel show in Mumbai, in 2004. 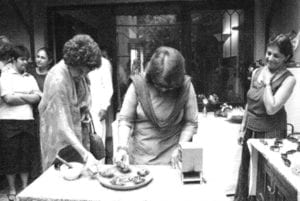 It was an exhibition with a difference. To begin with, it was held at an artist’s home. There were two craftspeople among the 12 artists whose work was showcased. All the exhibits were displayed in the garden and the living rooms, in close proximity with nature. This was in stark contrast to how one might just walk formally through a show in a gallery without necessarily getting involved with either the art or the artist. Here, the audience could walk through the home to look at the displays all around and feel at home, literally so. The artists were around to mingle with the people and talk to them about their work and answer any queries. 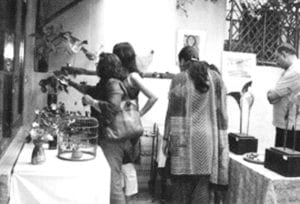 Visitors enjoying the creations in enamel.

The well attended show was inaugurated by Ms. Salma Ansari, wife of the Vice-President of India, Mr. Hamid Ansari. She was very encouraging and appreciative of the endeavour. 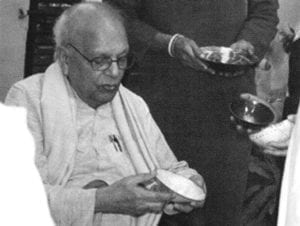 The Enamelist Society teaches craftsmen at grass root level. It helps them incorporate enamel to their products to add value to their craft. Jewellers are trained to include enamel in their line of work. The Society introduces enamelling as a creative means of expression on metal to budding artists and just about any one interested in exploring the magic of enamelling. The next step would be to convince the corporate world to take initiative to encourage enameling for public art projects. 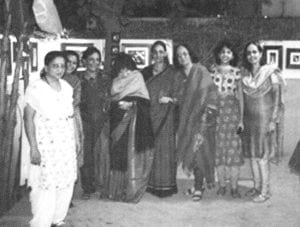 It was fascinating to see how the artists experimented with techniques like sgraffito, champlevé, cloisonné, sifting and many more that were self-invented. Metal and enamel responded magically to each idea and feeling expressed in each project. All techniques that were used were well exhibited. A novelty was enamelled Art Clay Silver jewellery, introduced by me. 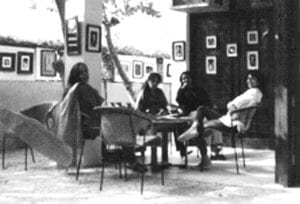 A view of the exhibition.

The Enamelist Society, Delhi, spearheaded by Ms. Veenu Shah and supported by Kana, has grown from 2 members a few years ago to a promising 15 members, with over fifty members in other parts of the country. The Society now aims at holding one show every year to celebrate the magical art of enamelling-fusing glass on metal.

Ganoksin is sponsored by
By Shruti Gautam Dev [Volume 27, Number 1, February, 2008]
In association with