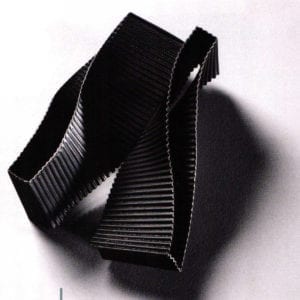 Design-Jewelry for a Cultural Elite

The first pages of contemporary Italian jewelry were written some half a century ago in Padua, by the enterprising pioneer: Mario Pinton. His traveling companions included talented artists, a few connoisseur gallery owners and several eager collectors. As in most countries, few jewelry artists manage to make a living just from their creativity. This is aggravated by the fact that in Italy purchases by museums and public research funding are rarer than in Holland, Germany or the UK, to the point of being non-existent. 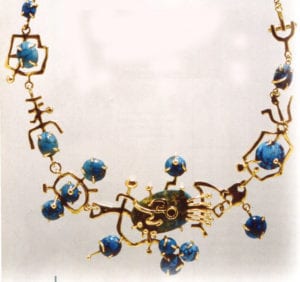 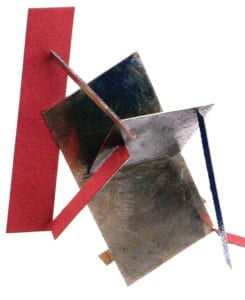 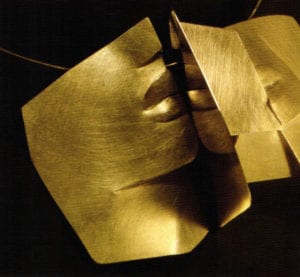 We are referring to artists who have chosen jewelry as their chief museum of expression and who personally craft pieces by hand. However, we should recall that many painters, sculptors and architects have also designed jewelry. Some of the most significant figures in the field are Mirko and Afro Basaldella, Ceroli, Fontana, Mendini, Bruno Munari. Some of the most important sponsors from jewelers and dealers included Masenza, in Rome from the 1940s to the 1970s; the Gem-Montebello company, founded in Milan in 1967 to produce artist multiples; more recently the Sartirana Arte foundation; Cleto Munari; the Oroarezzo trade event, with its contemporary Oro d’Autore collection. Thanks to these artists, who reproduce on a smaller scale the style features of the ‘major’ arts, jewelry is able to transcend its merely ornamental role to become a work of art. We have in mind Nino Franchina’s collars, with informal art dripping achieved with iron and Castolin, shown at the 1958 Venice Biennale. Nonetheless, jewelry had already been legitimized in the previous Biennale by the sculptor Arnaldo Pomodoro, who began his career as a goldsmith, and in the 1940s produced splendid contemporary pieces to which he imparted a language independent of other arts.

The Pomodoro brothers began with abstract crafting of jewelry, whereas the goldsmith and sculptor Bruno Martinazzi was deeply attached to an original style of metaphysical representational art. In 1961 we found him as a key exhibitor of contemporary jewelry at Goldsmith’s Hall in London. His enigmatic details of the anatomy – faces, hands, mouths – were chased on gold leaf using traditional engraving methods and expressed the eternal, almost divine, sense of the material and the human form that the artist perceived. Although he was well-known, Martinazzi was always a special figure. Mario Pinton, on the other hand, was destined to be influential and even if his works do not lack references to classical antiquity, he was the great driving force of the 1960 who established modern expression in the teaching of jewelry design, still bogged down by atrociously pompous rules, and he transformed Padua Art Institute into a hotbed of talent. This was the cradle for Francesco Pavan, now aged 69, and Giampaolo Babetto, ten years younger, who evolved in the 1960s avant-garde Kinetic and Op Art. Pavan was caught in the flow of primary geometric forms and later resorted to the use of unique axonometries that suggest a plurality and depth of perspectives. Almost Cubist, as methods go, suggesting an ‘interior’ to be discovered. In the 1990s, his jewelry began to feature texture and color effects, most recently reviving the antique art of fire enameling. Babetto began by experimenting with kineticisms and attempting serial production, bravely handing the currents of visual arts, evolving his own fields of research. Attributed to the 1900s rationalist art milieu, the creative process followed traditional principals (clarity in the form and a sense of proportion); yet this rationality concealed an intimate, arcane nature. The Babetto who succeeded in liberating jewelry from the constrictions of tradition without sacrificing its wearability is seen as a pioneer in many academic circles worldwide, as well as in his own workshop, open to young talents just like that of Pavan. 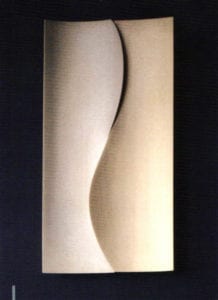 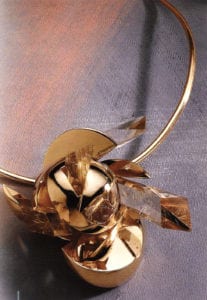 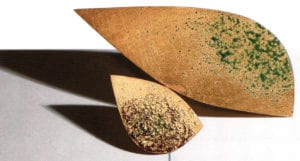 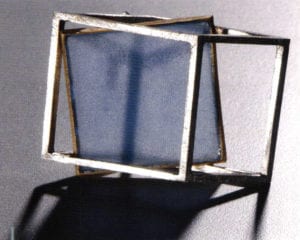 With the onset of the 1970s, this new art began to circulate in Padua. The best-known names were Piazza, Cecchetto and Alberto Zorzi, the most independent as well as one of the most renowned in the group. He was defined the sculptor of jewelry, but his works do not appear as sheer miniature sculptures: they are functional, integrated with colored stones, often created around a void by assembling metal leaf with exquisite goldsmith technique. Graziano Visintin absorbed his love of geometry from Pavan and Babetto, recently abandoning minimal structures for more abundant forms whose irregularity is underscored by corrugating surfaces.

A fine example of the Padua school’s recent evolution is Annamaria Zanella, a younger artist who has already achieved recognition for her geometrical structures that juxtapose an array of irregular shapes and rough materials. No geometries of late work for 36-year-old Stefano Marchetti, who began by experimenting with Pavan-school texture: he overwhelms with a chaos of form that he recomposes to achieve overall coherence.

Giovanni Corvaja nurtures a real passion for working with metals, a skill he has refined to total virtuoso standard, producing some of the most wearable items to come out of the Padua school. Barbara Paganin, who is not from the Padua milieu, is distinctive in her use of non-precious metals, small glass spheres, porcelain and pearls, drawing on naturalistic subjects with a nonchalance that has more in common with her young European colleagues than with many of the Italians. Both Giancarlo Montebello and the painter Alba Lisca work in Milan, where Lisca has been designing jewelry with clean lines and meticulous, measured volumes and pace since 1983. 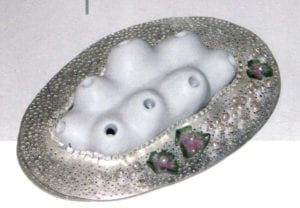 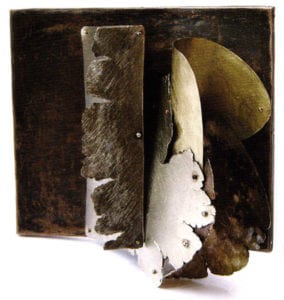 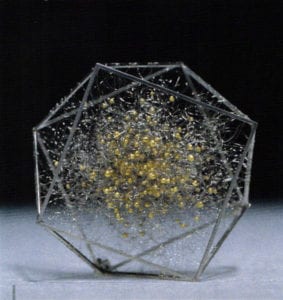 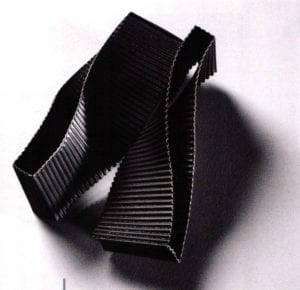 Sadly, demand is not synchronized with the supply. Artist-designed and crafted jewelry is appreciated only by a small cultural elite, initially seduced by pieces signed by famous sculptors and architects, and much later by ‘real’ goldsmiths, whose only connoisseur and buyer in the early 1970s was the Padua dealer Alberto Carrain. In the early 1980s his role was inherited by Graziella Folchini Grassetto when she opened her specialist gallery GR.20, and by Marijke Vallanzasca who opened Studio Marijke. Both gallery owners, who are experts of contemporary jewelry and whose catalogues boast leading international artists, work with the city council to organize exhibitions in prestigious public venues. In 2005 a list of significant sites was integrated with the gallery that the highly-qualified Ellen Maurer Zilioli opened at Desenzano, on Lake Garda, dedicated to goldsmith and other applied arts. The Florentine gallery Le Arti Orafe is also offering visibility to contemporary jewelry and on 10 December 2006 opened its new Lucca premises, linked to the ‘Lucca Preziosa’ exhibition. The limited number of permanent exhibits is about to add Florence’s Museo degli Argenti to its ranks. The museum is installed in Palazzo Pitti and apart from the lavish Medici collection it will soon be showing some contemporary pieces.

Although many Italian jewelry artists work with gold and produce wearable objects the market is flimsy, with the exception of one or two names. The sale-or-return formula is prevalent and many authors rely on their teaching salaries to survive. So it is not surprising that up-and-coming young designers are few and far between, or lack visibility.

All articles by this author
Previous The Three from T.E.A.
Next Gerrit Rietveld Academy: To Abandon What Has Been
Social media