This article focuses on how to calculate ROI (Return of Investment) from tools and equipment purchased for your trade. To buy or not to buy.

A few years ago, designer Michael Bondanza bought a laser welder for his New York City jewelry workshop. On several levels, the acquisition made sense. It was high-tech. It was a new tool sweeping through the industry. And, perhaps most important, his workers really wanted it.

Here’s the problem: The tasks for which Bondanza’s shop typically uses a laser welder-filling porosity, repairing weak prongs, and such-don’t come up very often because his fabrication processes are designed to catch them early, when a casting can simply be junked, rather than later, when it requires repair. In two and a half years, he says, the machine has had only about a thousand hours of use-nowhere near what was needed to justify the purchase financially. He’s usually staunchly pragmatic about such things, and he knows that in buying the laser welder he violated a basic rule of business:

Whether you’re running a 15-person workshop like Bondanza’s or a 400-worker factory, you should know before buying whether a piece of equipment will provide an adequate return on investment (ROI). In other words, as Bondanza puts it, “Is this going to pay?”

Bondanza is not alone in struggling to make equipment decisions that make economic sense. As new technologies and ever more sophisticated machines come on the market, while customers demand lower prices and quicker delivery, he says, “Designers, craftspeople, manufacturers-everybody’s saying, ‘What do I do? Do I buy this? Is it going to produce for me?'”

Sometimes it’s an easy call. A $300,000 milling machine that realistically wouldn’t be used for more than a few jobs a year is a no-brainer. Hand carving or outsourcing would get the work done much cheaper.

Conversely, a CAD or casting setup that’s in regular use and allows a shop to meet proven customer demand more quickly and efficiently, and thereby sell more jewelry, is probably a no-brainer, too.

Other acquisitions, however, may be tougher to judge. Managers must ask the right questions and be diligent in their research to make sound decisions.

How Much Money Will Your Money Make?

Adequate ROI revolves around one crucial issue: the cost of capital. A company needs to invest its capital as profitably as possible, and equipment purchases are in competition with other uses. As a rule of thumb, machinery or other tools should pay for themselves within two to three years, according to Brian J. Hogan, editor of Manufacturing Engineering magazine. If they don’t, the money would have been better spent on something else with a higher return.

Before it can get into ROI calculations, however, a company has a basic task to perform: develop a realistic understanding of its requirements. “Know your needs,” says Dave Hayes, a product manager for Haas Automation Inc. in Oxnard, California. “Don’t buy more than you need.”

What will the machine be required to do? How often will it be operated? Is versatility an issue, or will it be used for a few specific tasks? How fast must it run? (For just-in-time operations, speed can be especially important, Hayes notes.) Are production increases or new tasks expected, or will it simply do the same work as a previous machine? (“Doing the exact same job with a newer technology seldom provides [adequate] return on investment,” says Peter Martin, author of Bottom Line Automation.)

Bondanza suggests another line of questioning: Are expectations of what the equipment can do realistic, or is the manager responsible for the purchase grasping at straws or seduced by the technology?

“People love the fact that they have a new machine and that it’s cutting edge and all that,” he warns, “but they may already have three machines [doing the same task as the new one would] that don’t make a profit for them now. They’re better off not producing those products, or outsourcing that part of the job.”

Taking all of the above into consideration, the newest, highest-tech CAM system, for instance, really might be necessary. Unless, that is, ROI analysis suggests the company could fare better with an older, cheaper model, with something used, or even by outsourcing.

Getting a Complete Picture of Costs

So how do you calculate whether the ROI will be high enough? The basic formula – savings divided by investment equals return on investment, or S / I = ROI – is too simple. Since the time required to recoup your costs is an issue, a better formula would be (Savings / Time) / Investment = ROI in Time. But that still leaves a series of factors to weigh before you have realistic values for your investment and your savings.

The true costs may go well beyond purchase price. Ed Huston, president of Stines Machine in Vista, California, suggests including installation and maintenance expenses, as well as user friendliness-how easy it is to learn, how long it takes to set up for a job, how hard it is to maintain. Others add financing costs, shipping, taxes, and the real estate a machine takes up on a crowded shop floor.

“User-friendliness is a cost factor because it reduces training time and operator errors,” Huston says.

And training needs, says Glenn Kennedy, a sales manager for 3-D milling and scanning products at Roland ASD in Lake Forest, California, are often a neglected consideration. “People overestimate their capabilities,” he says, thinking they can launch into operation with little or no training.

Operational costs are important, too, especially when deciding between competing machines. “How long do they have to run, and how much do they cost to keep running?” Kennedy asks. If one milling machine takes much longer than another to do the same task, or requires significantly more maintenance and downtime, the cost to run it over time may outweigh a price advantage.

Bondanza adds another potential expense: obsolescence. “How long will it last? Will the manufacturer stand behind it? How fast will it become obsolete?” he asks. Several times, he says, he’s bought one model only to see a newer version come out a year later-and the company stopped servicing the old one, which could require yet another equipment purchase. Buyers should be aware of the support they can expect.

How Much Will It Really Do?

Increased speed, efficiency, production, and revenue-those are typical expectations for new equipment acquisitions. And many will come through-though, again, it depends on the buyer’s situation.

CAD programs have gained renown for their ability to speed up design tasks. CAM and CNC tools, in the right shop, can reduce the need for skilled labor and free up workers for other tasks. However, as noted earlier, much depends on the kind and amount of use a machine will get and the company’s overall production capacity. If a company needs two waxes an hour, a machine that can produce 20 is little advantage. Downtime kills ROI.

But if a company can use an advanced piece of equipment to its full capacity to sell more jewelry products or work more efficiently, it may actually undermine ROI if it makes a cheaper purchase that doesn’t do all it wants.

Mike Adams, a product inventor for Model Master in Woodstock, Georgia, says a common scenario is the dealer who sells a customer a CAD system alone rather than a turnkey CAD/CAM package because he doesn’t want the cost to scare them off. “Then the buyer gets a picture at the end of it, instead of getting the ability to actually produce their parts,” he says. “But most people get into CAD to have the ability to produce parts.”

In addition, he says, without the ability to produce parts in-house, users don’t learn how to use CAD properly and efficiently. “What you get on a CAD screen is different from what you get in a model,” he says. But with CAM service providers charging an average of $75 per model, CAD users typically don’t want to spend the money to correct designs, says Adams.

“Eighty percent of buyers fail when they buy CAD software only,” he says. “They spend $2,000 to $7,000 for software and training and then never do anything with it.”

But buyers need to be realistic. Huston cautions especially against hopeful thinking. “Unless you’re certain of a future demand, it’s very risky to base a purchase on a single job for a single customer,” he says.

And labor force reduction? That’s often questionable, especially in smaller shops and lean operations. “You can do the math and calculate the labor savings, but most companies never get their money back because they don’t actually change the amount of labor they use, they just move it around,” says Mark Garvey, president of Garvey Corp. in Blue Anchor, New Jersey, a maker of production line equipment.

Equipment purchases are a necessity, especially as competitive pressures require leaner operations and higher technology. Bondanza concedes that. “I’m not against new technology and equipment,” he says. “I will buy if it’s affordable and it makes products more affordable.” He’s planning to buy a CNC lathe himself.

“But I don’t need the latest one,” he says. “I just need it to do three things really well.” 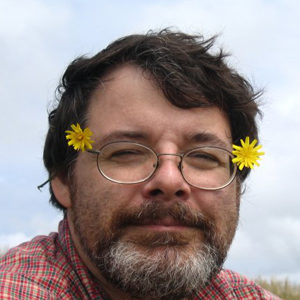