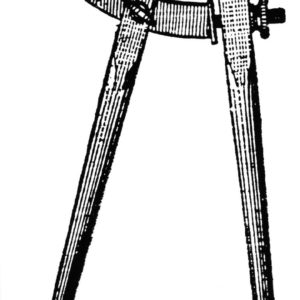 Art and Technics: Language of Art

This article is one of a series of articles from Metalsmith Magazine “Art and Technics” talking about techniques in craftsmanship and design.  For this 1989 Summer issue, Tim McCreight talks about the language of art dialogue..

Did you ever stop to think about the words we use in the course of our professional lives? The words that describe what we do are often as precise as the processes themselves. Take raising, for example, or fusing or buffing. Nothing ambiguous about these terms; they fall upon the ear with appropriate authority. There is a feeling of security that comes with the use of our terminology. Just as any group uses language to establish community, the familiar names we use around the shop are an important ingredient of learning the trade.

It occurs to me that our language catches something of the nature of the field. Many of the terms we use sparkle and glow with a wonderfully human character. The pleasure of watching a blacksmith use coarse and heavy equipment to work with subtlety and grace has a timeless appeal. Notice how this is captured by language. The blacksmith will drift a hole and swage a shaft, doing as much as he can in a single heat. The romance of the craft is caught in the language.

Sometimes there are problems with language. A British text will soon furrow the brow of an American metalsmith. But let him be told that a health is a soldering block and hell soon find his way—a polishing lathe is a buffing machine and a spitstick we understand to be a lozenge graver. The tools are the same and so the terminology is quickly translated. While sounding different, the terms share that sense of accuracy and rigor mentioned earlier.

The terms have a heritage that warn against tampering. Our simple graver traces back to the Old English grafan (to scratch), the Old High German graban (to dig) and the Middle Dutch groeve (ditch, groove). The word smith can be traced back to Middle English and the archaic word smite, to hit or inflict a heavy blow. A second usage is to “damage by means of brute force,” and I suspect we’ve all had days like that as well.

The mythologist Joseph Campbell has said that language plays a vital role in establishing the reality of our experiences. Until we have the word, we don’t really own the experience. We might have seen a hammer many times as a child; but until the word was learned, the hammer ceased to exist as soon as it was out of sight. As young people after learning the word, we called all those things hammers. Now we can identify planishers, forging hammers, mallets and so on. All the shapes were there before, but without the terminology we lacked the discernment to see the different shapes.

Each of us knows the truth of this. How comforting to think that we can gain a meaningful possession of our field by simply studying the tool catalogs! In a way, it really is that easy. The language is stable and lasting. It is there waiting for us to learn it, just as it has been for generations before us, and as it will remain for the generations that follow.

How different this is from the language of esthetics. In fact, that word is a good case in point. I learned the word as aesthetics and until today have always spelled it like that. The superfluous “a” at the beginning had a certain snootiness that seemed appropriate to the sense of the word. And, of course, it lent a vaguely exotic air, preparing the reader for entrance into a headier atmosphere. But the rules of usage have swung toward simplicity, and I’m told that the mysterious “a” must be dropped. This pedantic aspect of writing about the arts is merely a token of larger issues.

Words used to describe the creative process or the products of that process are necessarily subjective and therefore open to interpretation. Even in the hands of an exacting writer, a description of the act of creation can leave the reader more puzzled than informed. And in the hands of a novice writer, or inexact thinker, well, the way lies open to chaos. One frustrating aspect of working in the arts is the plethora of poor writing that we must digest. Perhaps the critic who writes of the “inherent ‘thingness’ of the intentional displacement toward mechanical realworld dissipation” knows exactly what is meant. But not me.

Because the visual and performing arts reach us at a pre-language level, any attempt to talk or write about the work inherently brings a loss; it suffers in translation. One of the laws of physics states that when energy is converted, say from steam to electricity, there will be a predictable loss of energy. The same seems true when we think of critical thought in the arts.

Perhaps the solution then is to stop the critical process altogether. Let people visit galleries and museums, watch dance performances and movies and make up their own minds. Such an attitude would, of course be a great disservice to us all. Rather than dwell on the frustrating shortfalls of the process, let us instead focus on the tremendous advantages and insights that are the result of critical thought. The emphasis is not so much on the end product, not on the definitive analysis of a painting, for instance, as it is on the great value of making the attempt at analysis.

But there is an interesting bind here. Just as artworks should press against and enlarge our notions of the world, so language should always be straining to grow. We would never tell an artist to stick to familiar ground, and, similarly, we must not restrict our writers and speakers either. But in both cases we expect a measure of accountability. Which brings us around to asking, who critiques the critics?

This, I think, is the job of all of us in the field. Just as we each have a responsibility to pass along the terminology of tools (“That’s not a hammer, that’s a mallet”), we all must participate in the careful growth of the language of art dialogue. We must realize that it springs from a different source than the names of tools and follows different rules. But the fact that it is difficult to write and speak well of the artistic process does not mean it is less important. Far from it. It is vital that we each take the time to speak as clearly as we think and to speak up when others are sloppy. Because as Campbell says, if you can’t say it, you can’t think it, and if you can’t think it, you are limiting your power to dream.

Tim McCreight is head of the metals department at Portland School of Art, Portland, ME and a contributing editor to Metalsmith.