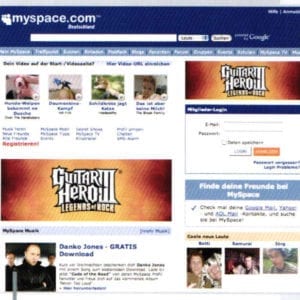 In future, we may look back and say that the internet, with its seemingly endless possibilities for communication, changed the world in the same way as the invention of letterpress printing by the goldsmith Gutenberg. The new era of the World Wide Web began a long time ago, offering both wide ranging opportunities and risks for jewelry makers. 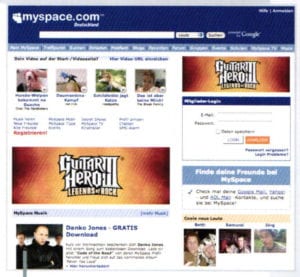 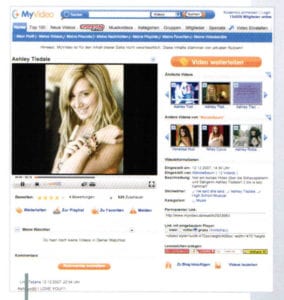 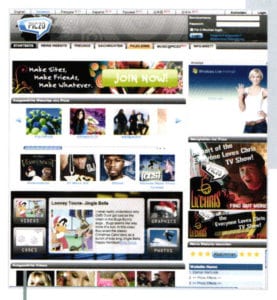 At the start of the new internet euphoria came a bitter defeat: the long-awaited salvation offered by the New Economy, which appeared to be a commercial Mecca on the internet, burst like a soap bubble. This was the moment Web 2.0 was created. Irishman Tim O’Reilly is the spiritual father of the new internet generation. The foundation stones of this new generation are: the internet is open to all and everyone can play a part through reports, tips, commentaries, films, images, etc.

The mass of users engaged in dialogue correct themselves. Controls and censorship are not necessary. Information is freely accessible. The ‘Wisdom of Crowds’ often replaces the professional wisdom of experts, which is shaped by their own interests. The internet encyclopedia Wikipedia is a good example of this. If, for example, an article on a party is altered, it will immediately be altered again by a rival group. This is not without contradiction and therefore in this sense there is an inner circle of trustworthy users who authorize changes when they are considered to be legitimate. A network of trust therefore develops for open source projects. Nowadays, adverts which make empty promises are given a tough time. They are undermined by reports of people’s individual experiences. False claims made either knowingly or unwittingly are quickly and remorselessly subjected to testing. It’s no wonder then that totalitarian regimes as well as some companies and the media fear the influence of the internet and do everything they can to suppress it or else to discreetly intervene.

It’s not just critical commentaries and reports which play a big part in Web 2.0; the quick exchange of information within the so-called blogger community is also important.

Blogging refers to the fast increasing group of internet activists who add to the internet by using it as a kind of internet diary. The name blog or weblog for these pages stems from the fact that these pages originally enabled surfers to comment on and compile personal experiences and references to interesting pages as links, like in a log book.

In the USA, where the blogging culture began, more than 30 million people read these internet jottings and more than 10 million write a diary themselves. Most offer readers the option of adding information and comments. An army of amateur researchers, hobby journalist, amateur photographers, up-and-coming film makers and stay-at-home commentators have conquered the World Wide Web as a podium. The internet has become a colorful and chaotic mish-mash market place where anyone can sit in the audience or take center stage: an international theatre whose consequences are only gradually becoming evident.

A mass phenomenon has therefore arisen, the consequences of which are vaguely known at present. Will we become increasingly dependent, the more network connections we have? Will we spend more and more time in a virtual instead of an active world? For designer jewelers, there is another question to answer here: how best make use of the possibility of talking to people all over the world about one’s ideas, problems in implementing these ideas and fundamental issues in jewelry and design? But be careful – this should not be confused with straightforward advertising. That would be quite wrong. 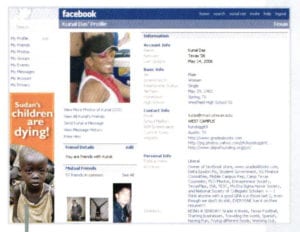 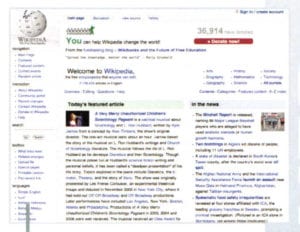 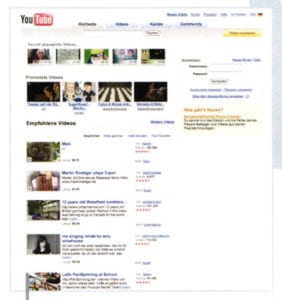 Mark Zuckerberg, CEO of the social networking site Facebook says of advertising on Web 2.0: “Once every hundred years media changes. The last hundred years have been defined by the mass media. The way to advertise was to get into the mass media and push out your content. That was the last hundred years. In the next hundred years information won’t be just pushed out to people, it will be shared among the millions of connections people have. People influence people. Nothing influences people more than a recommendation from a trusted friend. A trusted referral influences people more than the best broadcast message. A trusted referral is the Holy Grail of advertising.”

An investigation in Germany revealed that almost one in three boys and almost one in five girls with internet experience is actively using Web 2.0. A quarter of internet users aged between 12 and 19 produce their own content each week. Overall, Web 2.0 sites such as Wikipedia, YouTube, Facebook, My Video, Piczo and My Space are predominantly used passively. 93% of young people use the internet and 83% describe themselves as intensive surfers, using the internet every day or several times a week. Teenagers are therefore difficult to reach using classic advertising methods in magazines or on television. And even when children are watching TV, they are often sending each other text messages at the same time.

Many companies realized some time ago that young people today are focusing their media activities on the internet and they are now employing more or less subtle ways of contacting them. In some cases, images or short films (viral marketing) of the products are used which teenagers can then incorporate into their site, given that young people identify with labels. Indeed, they have no problem in defining themselves through products. This mixture of individual statements and borrowed backgrounds is one of the most exciting developments which can be seen on the internet at present. This exploits the greatest advantage offered by blogging; bloggers are practically everywhere. There are blogs on all topics and in all places. Their strengths are the areas from which the professional media has retreated or the stories they do not want. A newspaper, magazine or TV channel must always check whether it is worth addressing an issue. This is usually irrelevant to a blogger. Bloggers address issues which will never reach the masses or which companies do not cover with their cleverly devised market research.

The renowned German luxury department store KaDeWe and a jeweler are already represented here – and they are in good company. The internet platform Second Life owns a branch of the news agency Reuters and subsidiaries of lifestyle brands such as Adidas. Toyota and Nissan also have sales and exhibition rooms here, to name but a few. Second Life was founded over four years ago by physicist Philip Rosedale. The idea was to create a virtual planet within the infinite possibilities of the internet. The planet is populated by avatars – beings created by their users but with their own individual identity – who can achieve dreams and ideas in this artificial parallel world which they cannot achieve in the real world. For a long time, Second Life was an insiders secret and only sparsely populated. This has now changed dramatically. The virtual world is now populated by more than 3.5 million avatars. At 360 sq. km, the planet covers the area of Munich. The charming thing about it: in Second Life, people can do what in general only the stars can do. They can control their own image. These artificial images are applauded or rejected by the public. The name avatara in Hinduism means the appearance of a deity on Earth in human form. 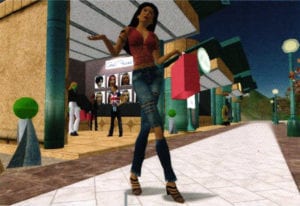 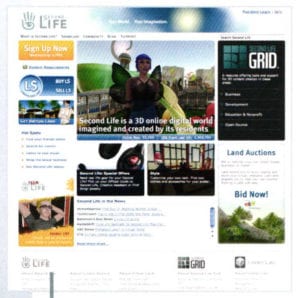 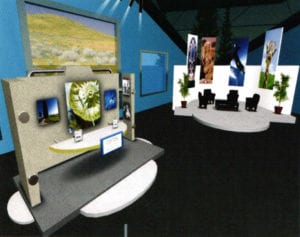 However, before you can take part, you have to fork out real as well as imaginary dollars. In extreme cases, this can be thousands, depending on the outlay. A computer with a high performance graphics cards is also a technical requirement in order to display the 3D animations, as well as a fast internet connection. New members simply register and download the relevant software. Membership is free, although premium access for just 6 US dollars a month enables a more active participation. Payments can be made by credit card or Paypal. Participants then go on to create their doppelgangers – the avatars. These are usually enhanced with a bit of cosmetic fine-tuning and fashionable accessories. A charge is often added for this. The avatars can run, fly or simply teleport to new areas and experiences – guided by the keyboard or mouse. The virtual map serves to help the avatars find their way around. The currency in Second Life is the Linden Dollar (L$). For one US dollar, you receive around 217 Linden dollars. You can buy almost anything you want from T-shirts to property. Virtual assets can be converted back into real dollars. Players can also earn real money. The Second Life center includes a world of parties and consumption. Here you can shop, meet other avatars, chat and even have sex. Text can be entered using the keyboard. Speech recognition has also recently been added. This means that avatars can become genuine communication partners.

The question of why big companies and stores choose to take part is answered as follows: the world is undergoing huge changes as a result of the internet and here we have the chance to test how generations who have grown up with the World Wide Web think, feel and react. This provides interesting starting points for our marketing strategies. It is also a chance for jewelers to conduct market research which was previously only accessible to large companies with a lot of capital behind them. An internet presence is crucial to public perception of the value of jewelry.

The dream of removing the barrier between vision and reality seems to have become a step closer to reality thanks to the internet. This is reminiscent of the Antiquity when Ovid’s Pygmalion created such a beautiful marble statue that he fell head over heels in love with it, begging Venus to bring it to life.