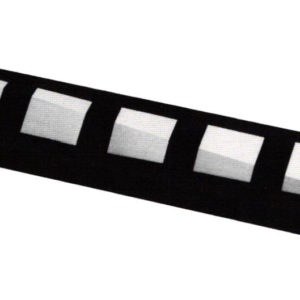 This article features an Exhibition by 10 Japanese Designers in New York held at Gallery 91, New York City on March 8-31, 1984

The three brass paperweights were sanded block forms, each with the front upper edge cut, leaving a shiny facet. The facet increased in size from the left block to the right. When placed side by side the three paperweights would read as one design, yet when separated, each form would function successfully as a single design. This work is deliberately void of elaborate detail, Niikura believes that metal should express his feelings and ideas in the purest, simplest form.

The cufflink and shirt studs constructed of two-toned steel set into yellow gold frames carried out the same concept as above, each unit acting as an important member of a total picture. The subtlety of the silver and gray tones contrasted well to the yellow frames. 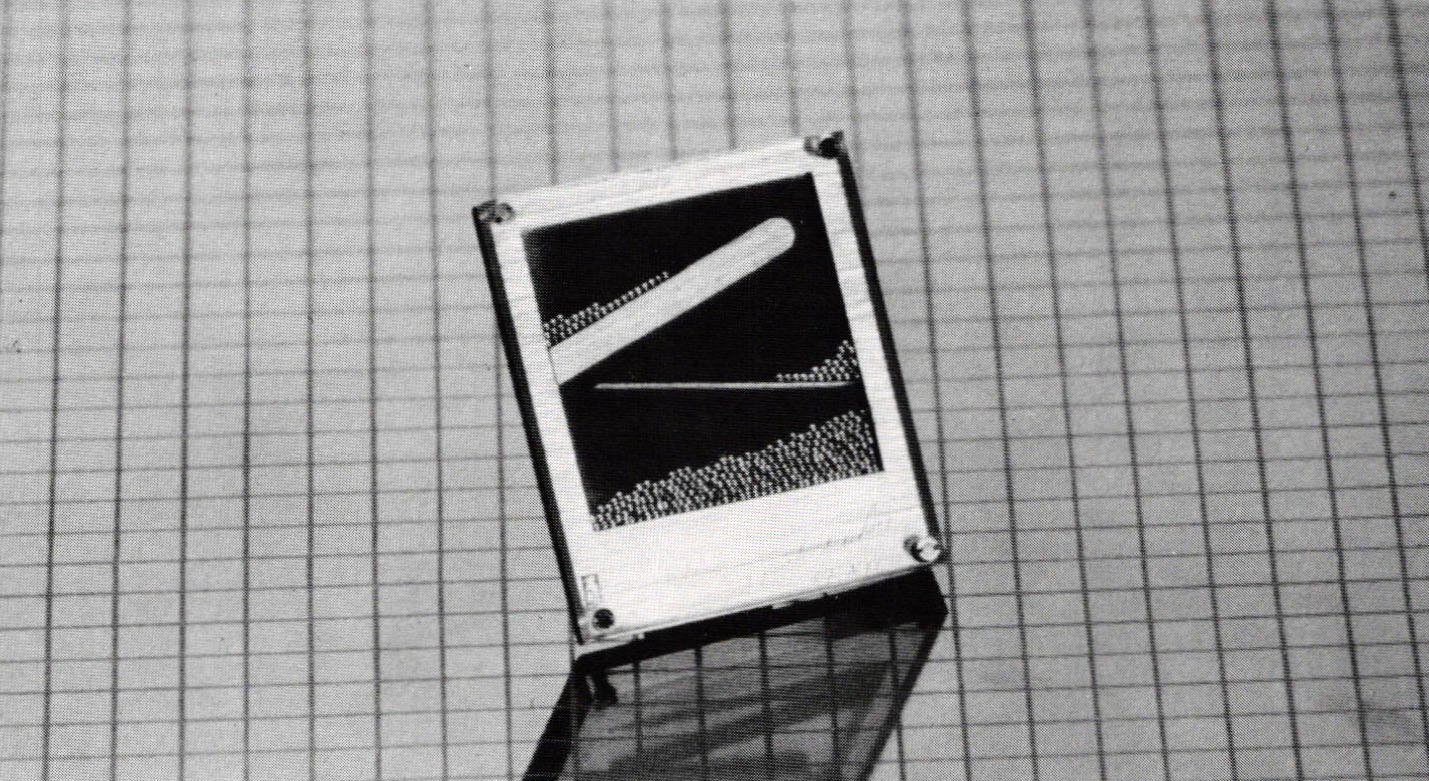 Mounted on a long narrow black strip along the wall were the pin series The first, a set of seven sterling silver pins simply expanded upon the same ideas that the cufflinks and functional items illustrated. The second series of pins were appropriately named Windows. These consisted of an acrylic cover screwed into a sterling back which encased a variety of elements. The Windows were whimsical and imaginative, each pin telling a different story. One had fine sterling granules that floated freely with three flat gold shapes; when the pin was moved ever so slightly the design would change. Another had a folded piece of gold foil that gave a peek at a solar system of stars and planets—pitch black ebony inlayed with a one-point diamond and scattered with gold flecks. One pin, made up of five layers of acrylic sheets that sandwiched tiny gold foil shapes, gave the illusion that the gold was going into eternity. Visual Vibration, consisted of a pierced steel grid holding four precious gems which were connected visually by fine granules that drew lines from one gem to the next. These lines also appeared as rays of light illuminating from the diamond.

Just as one piece of work comprised of so many individual pieces tells a story, so does Niikura’s collection combine to establish a strong and sensitive design statement.