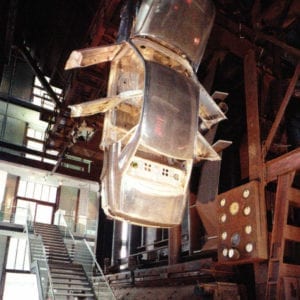 Home » Articles » Business and Marketing » Behind Mine Walls

Internationally known designers and artists now come and go where up until 17 years ago mine workers and coal dust dominated the scene. Since the Zollverein Coal Mine Industrial Complex was officially added to the list of UNESCO World Heritage Sites, a team of visionaries, creators, and decision-makers has been at work on their future: by 2010, this site will become an international hub of high-caliber design, art, and culture. 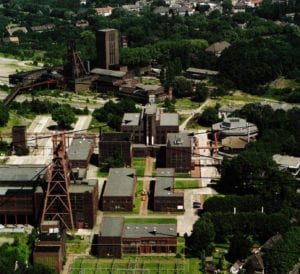 The Zollverein Coal Mine Industrial Complex lies in the middle of a former working-class, neighborhood in Essen, a city in the Ruhr district once known for its steel and coal industry. A visitor stepping through the entrace door into the court of honor to stand directly beneath the impressive headframe immediately senses the historic size of the entire facility, the uniqueness of the Bauhaus architecture of the 1930s, the pulsating potential behind the industrial backdrop. Since the end of coal extraction in the mid-1980s, numerous businesses and institutions from various creative industries have set up operations on the spacious grounds of the mine and coking plant. Since 1997, for example, the internationally renowned Design Zentrum Nordrhein Westfalen (Design Center of North Rhine-Westphalia), with its “red dot museum,” has made the former boiler house its home. The London-based architect Lord Norman Foster impressively reconstructed this former center of energy production without robbing the building of its character. The permanent collection of the “red dot museum” presents prize-winning industrial design in the midst of this imposing architecture. The grounds are also home to the Choreographisches Zentrum (Choreographic Center), communications and multimedia agencies, artists’ studios, exhibition spaces, concert facilities, and jewelry designers. The coking plant that lies immediately adjacent the mine complex has for several years held large-format exhibitions that draw a large audience, not least because of the unusual interplay between the premises and the themes presented. 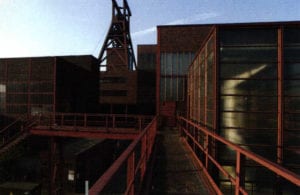 A particular connection between productivity and aesthetics: Bauhaus-inspired architecture

Various expansions in the areas of design, the arts, culture, and trade are planned for the next few years. After the complex was named a UNESCO World Heritage Site, in 2001, public contributions totaling in the eight-figure range were granted by the European Union and others. No less a person than the Dutch architect and city planner Rem Koolhaas and his “Office for Metropolrtan Architecture” (OMA), from Amsterdam, was charged with the creation of a master plan for the entire grounds of the Zollverein Coal Mine Industrial Complex. This is intended to make the already attractive World Cultural Heritage Site ready for the future with new business, design, arts, research, and education, as well as tourism. Existing protected buildings will come together with newly constructed ones that fit harmoniously into the Bauhaus-influenced overall image to create and further develop an internationally significant center of design and culture. 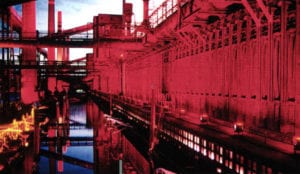 Bathed in red light, the architecture of the coking plant reveals itself as particularly fascinating

The four pillars of Koolhaas’ plan, which link together cleverly, are intended to create many benefits for the mine, for the Ruhr region, and for the arts, design, and culture in general. The newly conceived Ruhrmuseum, for instance, will be housed in the former coal washing plant; alongside long-familiar exhibition objects, it will present new documentation on the history of the Ruhr district and use the expanded exhibition space for its extensive collection of photographs. 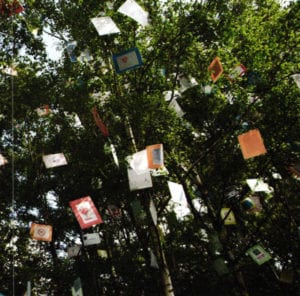 Democratic art in the birch forest: more than 20,000 citizens submitted imaginative wishes for peace, which were then staged in Zollverein by the German action artist HA Schult early this year

The coal washing plant will also be the site of the newly initiated “Metaform,” designed as a counterpart to the “documenta” in Kassel. As of 2005, “Metaform,” which is conceived as a worldwide forum for design, will be held every five years to offer a future-oriented platform for excellent products from the international design industry. 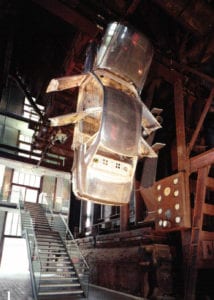 An imposing demonstration of old and new: a hanging Audi at the red dot museum

Other important components of the master plan are the design school zollverein (d/s/z), and the planned design and business park. The private university d/s/z will offer continuing education courses on topics relating to business design, and is thus oriented toward working people with leadership duties who have to decide about design at their various firms. Two Master courses and a doctoral program are focused on intensive cooperation with other universities in the region, and with firms that make practical use of the results of research from various areas; close ties between research and practice will be emphasized. 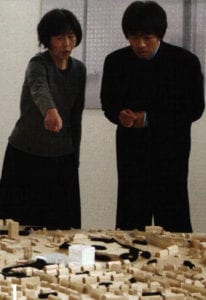 The architects Kazuyo Sejima and Ryue Nishizawa, of the Japanese office SANAA, are responsible for the drafting of the new design

A striking new building for the d/s/z will be constructed starting in 2004 on the grounds of the Zollverein Coal Mine Industrial Complex, based on the results of a worldwide architecture competition. The winner was the Tokyo, Japan-based office SANAA, with a building complex approximately 38 meters in height conceived as an Asiatic counterpart to the Bauhaus-inspired industrial architecture around it. The planned date of completion is early 2005. Graduates of the d/s/z will be prepared and encouraged to use the knowledge they have gained in their studies here in the area, and preferably in the adjacent business park, to establish businesses and consulting firms – and thereby to fill the planned “creative village” on the grounds of the coking plant with life. This “creative village” is meant to build the framework for newly arriving firms in the areas of design, architecture, and communications. 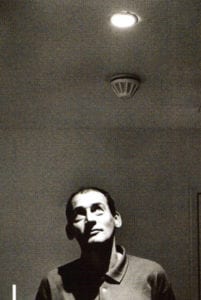 Work toward implementation of the master plan is currently running at full speed. The program at Zollverein already offers a wide variety of cultural events. High-caliber dance performances draw knowledgeable audiences to the Choreographisches Zentrum. Zollverein is also the site of an internationally renowned piano festival and for outdoor concerts that are held free of entrance fees. Long before the mine was named a world heritage site, artists had discovered this special industrial site for themselves and had made it their own with various works. The Stiftung Zollverein (Zollverein Foundation) offers art-themed tours of the site, which bring the works of artists such as UIrich Rückriem, Ilya and Emilia Kabakov, and Maria Nordman into the limelight. In addition to these art-themed tours, other tours give extensive information about the architecture of the complex, or visitors may follow in the footsteps of history and trace the black gold along its old path. 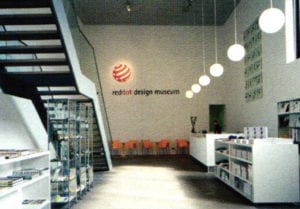 Art as an experience: visitors in the middle of a sculpture by the German sculptor Ulrich Rückriem