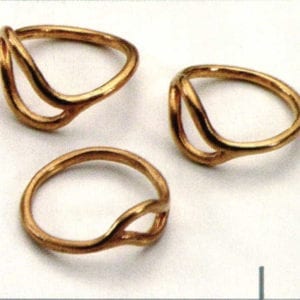 Aurum The Symbol of Gold

Its name has been familiar for 20 years now: Ilona Stepping founded the gallery “aurum” in 1982 in the Sachsenhausen district of Frankfurt, and can now look back on many successful presentations. 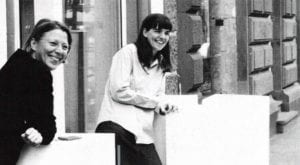 Pioneer in the jewelry arts

In the 1980s, Ilona Stepping was a new kind of pioneer in the jewelry arts; as a goldsmith, she captured the signs of the times and demonstrated far-reaching vision. At the time, the term “jewelry” was undergoing a change: jewelry was no longer simply an accessory, but rather had become an expression of the wearer’s attitude; it was an expression of individuality, personal identification, and even the material embodiment of one’s philosophy. The art of jewelry design was coming closer to being considered one of the fine arts. 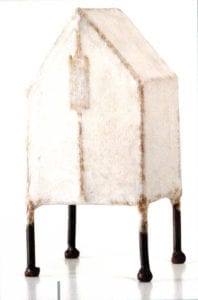 Gold inside a closed house: “Treasure House,” by Dieter Begemann

Ilona Stepping opened her first exhibition in November 1982, with works by her teacher Eberhard Burgel, Michaela Kirchner, Horst Max Lebert, Doris Sacher, and Wolfgang Skoluda. Three short years later, she began to hold regular class exhibitions for the Zeichenakademie Hanau (Drawing Academy of Hanau), where she herself had studied from 1969 to 1973. Since that time, the gallery “aurum” has also been a patron of up-and-coming artists. 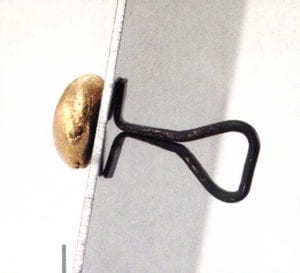 Stepping’s relatively early discovery of plastics led to their inclusion at her gallery She was one of the first gallery owners in Germany to work on behalf of synthetic jewelry, and created groundbreaking connections between the Gesellschaft der Goldschmiedekunst (Society for the Art of Gold Work) and representatives from the German plastics industry by means of the “Expo Kunststoff ” (Plastics Expo) competition in 1992. She assumed an important role among those pointing the way; at that time, the idea of making high-value, unique jewelry with a lowcost material was not very popular. 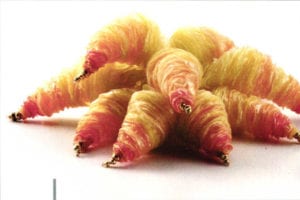 Somewhat later, Stepping, now 54, added textile and paper jewelry to her range. The cutting-edge direction of these gallery exhibitions was dedicated to the idea of offering a presentation platform for current, artistic jewelry – to showcase it and arouse the curiosity of clients and potential buyers. 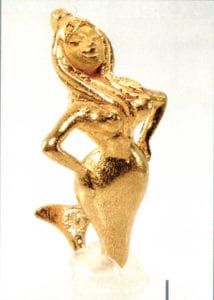 To commemorate the gallery “aurum’s” 20th anniversary, Ilona Stepping thought of something very special: the charity campaign “5 grams of gold +.” She invited the participation of jewelry designers who had exhibited works at the gallery over the past 20 years. In all, 64 artists each designed a work based on a given set of guidelines; the “+” sign in the title symbolizes the commitment of all the participants who donated their time and creativity. Five grams of granulated gold, which was to be worked without any alloy, were given to each designer. They were allowed free use of other materials. Sixty-four different works were created, showing not only the diversity of the artists, but also the infinite number of possible ways this special material may be worked. 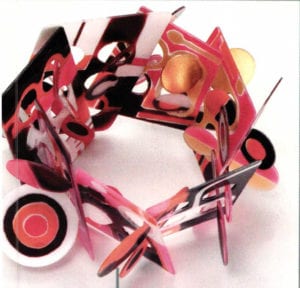 The “5 grams +” project shows new ideas and concepts of what to do with gold. The artists combined gold with classic as well as unconventional materials, worked it into wire and thread, brought it together with clay or wood, placed it respectfully at the center of the piece or left it completely invisible. After the works were shown in the gallery and then at Tendence (Trends), the consumer-goods fair in Frankfurt, and at the Museum of Applied Arts in Frankfurt (mak.Frankfurt), nearly all the objects were successfully sold at an auction held in September at the mak.Frankfurt. The proceeds of Euro 18,570 total will go to the State Drawing Academy of Hanau, in order to organize seminars where current students can learn from famous jewelry designers. 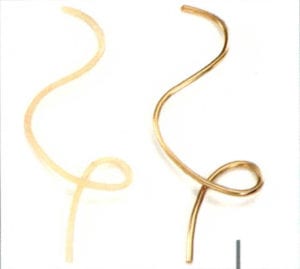 Ilona Stepping has entirely new plans for her personal work after her two decades of work as a gallery owner. Next year, she will step down and leave the gallery to her collaborator Kristina Balzer, who will continue their work according to Stepping’s wishes. “Luckily, things turned out in such a way that I found Ms. Balzer,” says Ilona Stepping. She herself will switch back to the other side of the jewelry business: “l have a great desire to make my own jewelry again and to show my creativity in another place.” Her efforts will very likely meet with great success. Cete 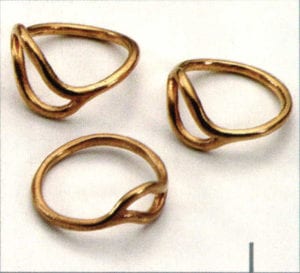 All articles by this author
Previous The Department of Trier
Next Metallum: The Desire to Experiment
Social media