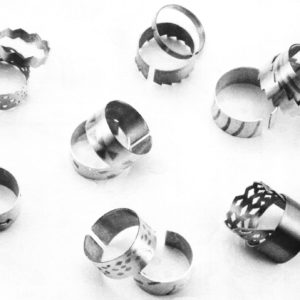 Five German jewelers who chose not to follow the traditional vocational training of “master goldsmith,” but rather opted to study as artists in an academic context, having completed their education, are now confronted with the reality of earning a living from their jewelry.

Although each approaches this end by a different means, be it production, limited-edition, one-of-a kind or purely conceptual work, all five primarily sell through exhibiting in a network of jewelry galleries located throughout Germany. 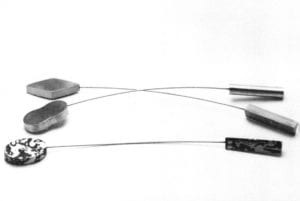 Except for Heinz Sammeck, who completed his diploma at the Akademie der Bildenden Künste, (Art Academy) with Professor Hermann Jünger in Munich, the others of this group, including Ingrid Gossner, Wilhelm Mattar, Sabine Scheuble and a Frenchman André Ribero, all studied under Professor Reinhold Reiling at the Fachhochschule für Gestaltung (College of Art and Design) in Pforzheim. Though philosophically quite different from one another, both programs provide students with the opportunity for individual artistic expression and experimentation, much like their American counterparts. 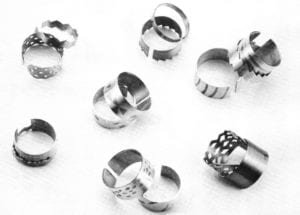 American schools are often criticized for creating ill-prepared “art jewelers,” unable to satisfy the prerequisites of a career outside of academia, either in industry or as independent production jewelers. Likewise, each of these jewelers feels to some extent inadequately prepared due to similar theoretical training. While Mattar and Scheuble both advocate the introduction of practical business courses into the art/design school curricula, Ribero and Gossner view change as unwarranted. Gossner explains, “It is possible to do it on one’s own . . . you should use school to look into yourself, not to make money . . . to find the limits.”

Like Ribero, Sabine Scheuble elected to pursue her career in Pforzheim, partly because of the convenient access to tools and supplies, but also because this city allows her the opportunity to sell prototype designs to the commercial manufacturers. Since in Pforzheim it is virtually impossible for individual jewelry designers to retail their own pieces, both she and Ribero market their work to galleries and to some retail stores outside of Pforzheim. 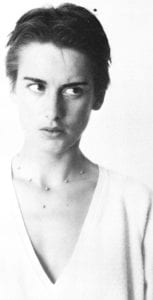 During the past two years, Gossner has shared a studio in Cologne with Wilhelm Mattar. Their studio adjoins a small jewelry gallery which Mattar founded four years ago. Gallery Mattar typifies the response of individual art jewelry designers to the need to not only make, but also exhibit and sell their work. Mattar explains that “it is not important to have a gallery but a forum in which to show and discuss. As a gallerist, I am a fanatic amateur—a jewelry maniac . . . but mostly I am a goldsmith.” His gallery exists not only to fulfill his own and the gallery artists’ marketing needs, but to educate and advance the concepts of good, innovative contemporary jewelry design to the public. He is not interested in “quick-selling” but in exhibiting work of high esthetic, technical and conceptual quality. 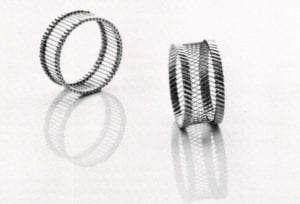 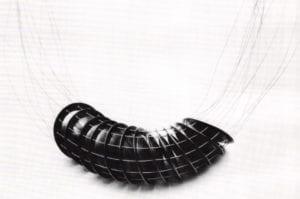 Despite the consuming gallery demands, Wilhelm Mattar produces a substantial body of work annually, from one-of-a-kind to production jewelry of up to 80 multiples of certain designs, as well as commissioned pieces, in total, about 20 new ideas each year. Tension is a central theme, actual and visual, created by the use of wire penetrating volumes or planes of contrasting precious and nonprecious materials, expressing a subtle relationship to architecture and associated tension structures. Recently, Mattar has adopted reinforced concrete as a new material for his wire studies. Reduced from architectural to jewelry scale, the concrete is now “reinforced” with fine gold.

In 1976, André Ribero left France to come to “the only place to learn jewelry,” Pforzheim. And there he has remained since, completing the nine-semester program at the College of Art and Design. He does not intend to return to France where he finds the attitudes “much too conservative and less interesting.” For him, Pforzheim, the commercial jewelry center of West Germany, “provides all that I need” to make jewelry. 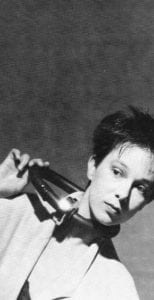 Ribero poetically characterizes his current work as “night and stars/black and diamonds.” Prefabricated black industrial rubber washers of various dimensions provide the basic format for Ribero’s rings, collars and bracelets—”jewelry to be worn in a direct relationship with the body” (he excludes brooches). Working with this rubber as a constant, Ribero explores formal concepts and endless theme variations by juxtaposing silver, gold and tube-set diamonds. Though he has produced a few hundred rubber and diamond rings, he prefers the one-of-a-kind and limited-edition designs which allow him to develop new ideas.

As Jünger’s student, Heinz Sammeck experienced three years of “free study,” that is, he alone determined the technical, esthetic and conceptual directions which his work would explore. Three-and-a-half years of prior benchwork experience with a master goldsmith in Cologne provided the technical rudiments. 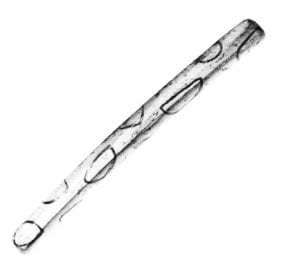 Working directly in the ancient alloy, electrum, and “gaschgasch,” a lightweight alloy he developed, Sammeck creates sensual, expressionistic compositions with softened edges and sensitively textured surfaces. When stones are used, they are natural and transparent, such as aquamarines and diamonds, and they often exist as forms by themselves. 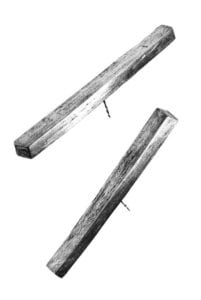 Remaining in Munich, Sammeck maintains his student-artist idealism—seeking that “spirit between jewelry and the body,” as he describes it. His jewelry is spontaneous, timeless and deeply personal, though now he uses more gold and has explored serial production in order to sell more. 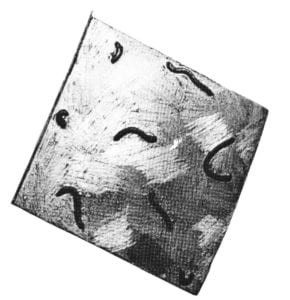 However, he does not accept commissions and he has not entered a competition since 1978 (because he feels German competitions are too closely related to industry). 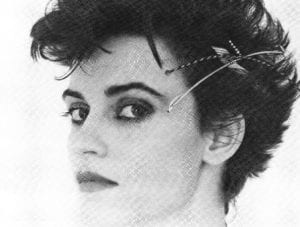 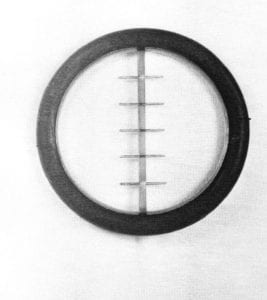 Gossner views all of her work as experimental; therefore, everything she produces is one-of-a-kind. The materials she selects esthetically support the pieces and she considers them irrelevant to the salability of her jewelry. 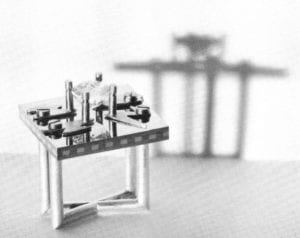 To achieve the clean, pure forms on which she constructs her “collages,” Grossner employs industrial techniques and machines, especially the lathe.

Are they earning a living with their jewelry—jewelry of rubber, concrete, “gaschgasch” and “colorful pictures telling stories”? Yes and no. Their work is selling; the galleries remain open, but their responses are the same, “it is not enough.” Cash flow is a critical problem, though not insurmountable—all five artists’ profits are increasing annually. Their obvious conviction to maintain artistic integrity and communication between individual artists and galleries indicates that indeed they are succeeding. Perhaps in the United States our criticisms of our jewelry education are warranted, but probably a lack of commitment to our choices is more likely the problem.

Susan R. Ewing teaches jewelry design and metalsmithing at Miami University in Oxford, Ohio and lived in Europe during the past academic year.

All articles by this author
Previous The Jewelry, Art and Artifact of Ramona Solberg
Next The Next Step for Independent Business Development
Social media